Sid Crudup II liked it so much the first time, he decided to do it again. 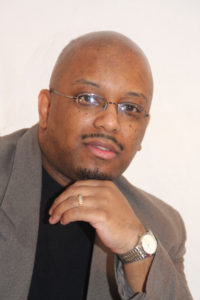 “That was a tremendous feat for me,” Crudup says. “It was kind of like the proudest moment I had in my life.”

And to think, Crudup’s wife had to be the one to talk him in to going back to school in the first place. Crudup says he started on a pre-law track at Rutgers University in New Jersey in the early 1990s but ended up having to leave school.

He had been volunteering at county, state and federal correctional facilities around his home in Central Florida for more than a decade as part of his church ministry when his wife suggested he pursue a degree in criminal justice.

“I was already there,” Crudup said. “So it was just a matter of getting academically certified so I have an even greater chance of making even more of an impact from the spiritual side as well as the secular.”

Initially, Crudup said he wanted to get in, get his degree and get out. The interactions he had with his Columbia College-Orlando instructors changed all that. He singled out two in particular — John Parker Phillips and Sherell Perkins — that helped motivate and keep him on track.

Phillips, who passed away this spring, saw the postgraduate possibilities in Crudup early in his Columbia College career and helped him keep an eye on the things he could achieve with a degree. Perkins made sure he was not only getting his classwork done, but getting it done correctly.

“They kept my motivation up because they saw potential in me,” Crudup said. “I kind of took their advice and just kept going.”

He took joy in his coursework, especially in subjects such as criminal law and crisis intervention that piqued his interest the most. He thrived on meeting with classmates and discussing the material. He prioritized focus and discipline, sacrificing the things he wanted to do for the things he knew he should do in order to maintain his unblemished GPA.

And maintain he did.

Crudup’s not done yet. He plans on pursuing a doctorate in educational leadership, which will help him expand on some of the concepts that interested him the most during his studies at Columbia College. He’s especially drawn to restorative justice, a discipline based on reintroducing inmates to society by getting them to confront their crimes and interact with their victims.

“It’s where the offender sees that some of your activity caused pain here,” Crudup said. “Let’s see if we can kind of heal this and see if we can get you reintegrated into society as a productive citizen.”

Crudup plans to keep working in the criminal justice system. When he gets his doctorate, he thinks he might get into academic writing. He may look into becoming a professor.

He’s already seen the sort of impact one can have on a student’s life.

“Once I got in and started learning from my professors and finding out how supportive they were, I decided to continue,” Crudup said. “Columbia’s been a great experience for me.”