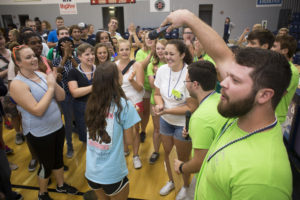 Scooter the Cougar had a lot more company when he ran through Rogers Gate to christen the new academic year at Columbia College this year than he did the year before.

Columbia College’s mascot led a throng of 239 new students at the annual “Storm the Gate” event Sunday night, August 28, kicking off the school year by charging across Rogers Street, through Rogers Gate and onto Bass Commons, where faculty, staff, fellow students and family members cheered the new enrollees on and welcomed them to a night of fun and dancing.

The school has 398 new students — freshmen and transfers — registered for the Fall 2016 semester at the day campus, and a good portion of them took part in the “Explorientation” activities that started Wednesday, August 24, and will run through early October.

“Students find that orientation really just helps connect them to campus,” said Kim Coke, the director of new student programs in Columbia College’s Student Affairs department. “Of course they’re going to get connected socially because we do a lot of really great, fun things with them, but it also connects them to those resources that are going to help them be successful academically. Orientation really introduces them to the supportive environment that Columbia College provides.”

The festivities began in earnest with the 20th annual New Student Pinning Ceremony on Thursday, August 25, in which new students were recognized individually in front of a crowd of family, friends and members of the Columbia College community. Each of the participating students got a handshake from President Dr. Scott Dalrymple and a college pin from one of the faculty chairs from each academic department on campus, which was then affixed to their shirt by the school’s “Community Consultants,” a group of current Columbia College students that serve as liaisons and advisers to incoming students.

“We are here to help guide you in your pursuits, provide a foundation of knowledge upon which to grow, propose questions when questioning is needed and to challenge you to do more, be more and live a more purpose-filled life,” Dr. David Starrett, provost and vice president for Academic Affairs, said at the ceremony. “What will your story be? How will you change the world?”

After bidding their parents goodbye, the students returned to the court at the Arena of Southwell Complex for the “Let’s Get It Started” event, full of games and team-building exercises to help them get to know their fellow new students.

The next day, they got the chance to meet with professors in the academic disciplines they are considering, as well as learn about scenarios that may accompany their college experience and Columbia College’s bystander intervention program in the “Step Up & Choices” seminar. That night, the Southwell Complex again came alive for “Chaos in the Cage,” nearly three hours of basketball, volleyball, karaoke, crafts and more activities.

Saturday, the students split up for five day trips to locations around Missouri. Coke said the school had to add an extra trip this year to accommodate the increased enrollments. The trips, she said, are often some of the students’ most memorable experiences during their time at Columbia College.

“It’s a more confined group and they get to spend all day together doing fun activities that are engaging,” said David McReynolds, a senior in his third year as a Community Consultant. “I think they come away from that with at least a handful of people that they’ve met and talked to and connected with on some level.”

That all led up to Sunday and Storm the Gate. McReynolds said his run through Rogers Gate freshman year really helped drive home the point that Columbia College was the place for him, along with the support he felt from Community Consultants and the rest of the campus.

It’s what made him want to become a Community Consultant. 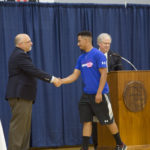 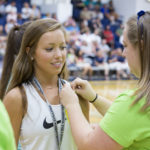 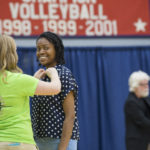 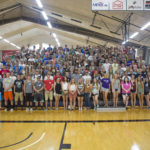 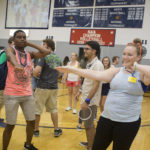 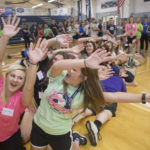 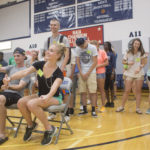 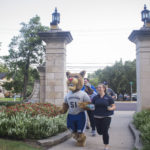 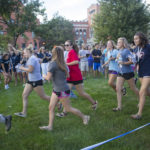 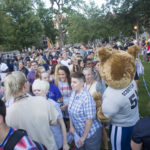 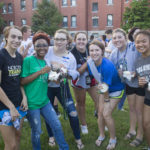