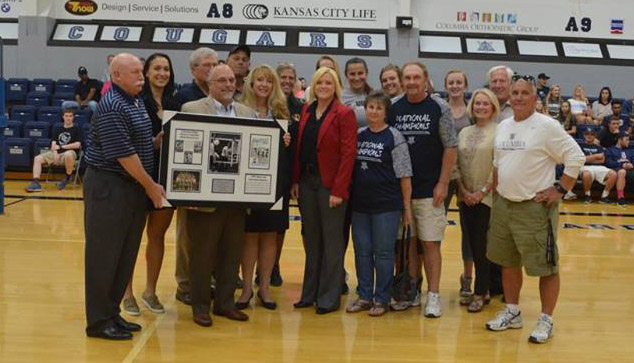 via the Columbia Missourian

On a night where Columbia College head coach Melinda Wrye-Washington was a Wall of Honor inductee, the Cougars were able to give their coach another win as they beat MidAmerica Nazarene University 3-0 Tuesday night.

MidAmerica Nazarene came into the match tied for 11th in the National Association of Intercollegiate Athletics’ top-25 rankings, while Columbia College was unranked. This was the first time the teams have played since Sept. 30, 2005. Since that time, Wrye-Washington and the Cougars have posted a 408-73 record and won a national championship. Coming into the season, Wrye-Washington had an overall record of 613-87, making her the program’s all-time wins leader.