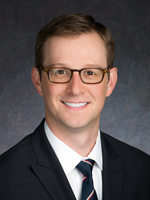 “We are extremely pleased to bring Mark on board in this new position at Columbia College,” Dalrymple said. “We believe his keen understanding of the unique legal needs colleges and universities face will prove invaluable.”

Falkowski will join the college on October 31 following three years as an attorney at Husch Blackwell LLP in St. Louis, where he played a key role in the firm’s higher education practice, which provides legal guidance to over 100 colleges and universities nationwide. During his tenure at Husch Blackwell, he served higher education clients on a wide variety of matters, including as on-site outside general counsel, ensuring compliance with state and federal laws and regulations, among other duties. From 2010 to 2013, Falkowski was senior associate counsel and administrator of Student Affairs at Vatterott Educational Centers, Inc. where he provided legal counseling and direction on higher education and employment matters.

Falkowski earned a Bachelor of Science degree in Political Science and Business and Marketing Education from the University of Minnesota in 2006. He then completed his juris doctorate at Saint Louis University in 2010.