CC through the photographer’s lens – 2016

In the summer of 2015, CC Connected asked Columbia College photographer and 2009 alumna Kaci

Smart to tell us a little bit about some of her favorite pictures that have come out of the more than 1,000 events and photo shoots she has cataloged during her time working at the college.

Then Kaci just kept taking more amazing pictures over the past 16 months, so we felt like it was time to catch up with her again. As 2016 draws to a close, here are some of Kaci’s favorite photographs from the year that was. 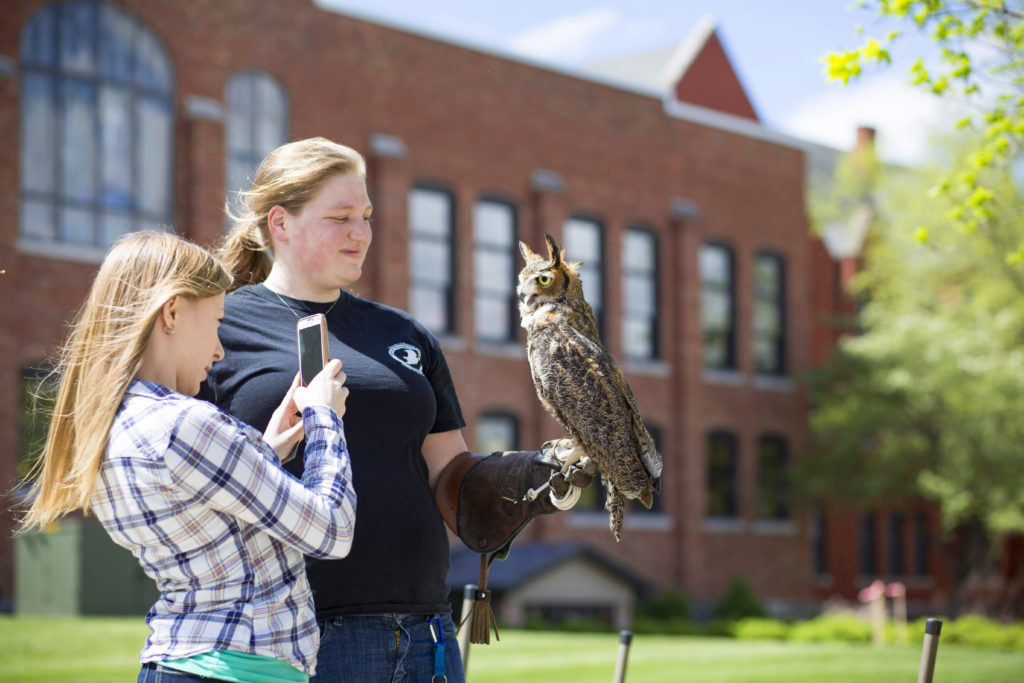 KS: “The College hosted a few different events on campus for Earth Day this year, and the University of Missouri Raptor Rehabilitation Project brought along a great horned owl. It was a unique experience to be able to take photos of an owl on campus and I like how Dorsey Hall serves as such a strong background in this photo. The owl handler is a former Columbia College student and the student taking the cell phone photo ended up working as a student photographer for me this semester.” 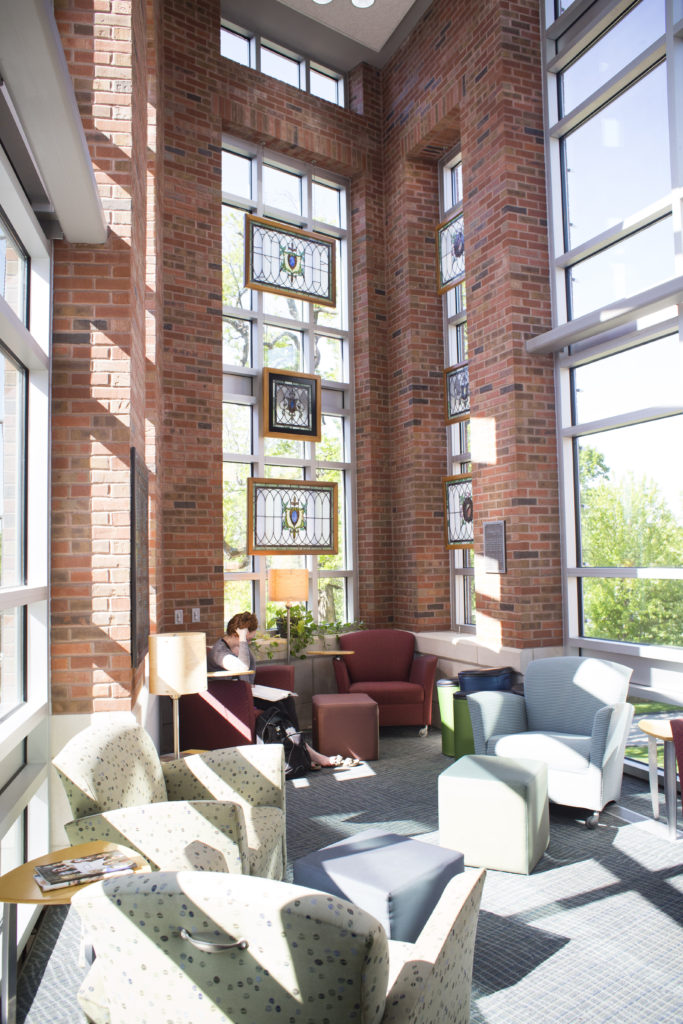 KS: “On a campus full of students cramming for finals, I found a solitary one nestled in a quiet corner of Atkins-Holman Student Commons. I love how the lines of the building and windows lead your eye into the photo and frame the student, and the lines are contrasted by the chairs strewn about the area. There is also a great deal of contrasting light and color which makes the photo stand out to me.” 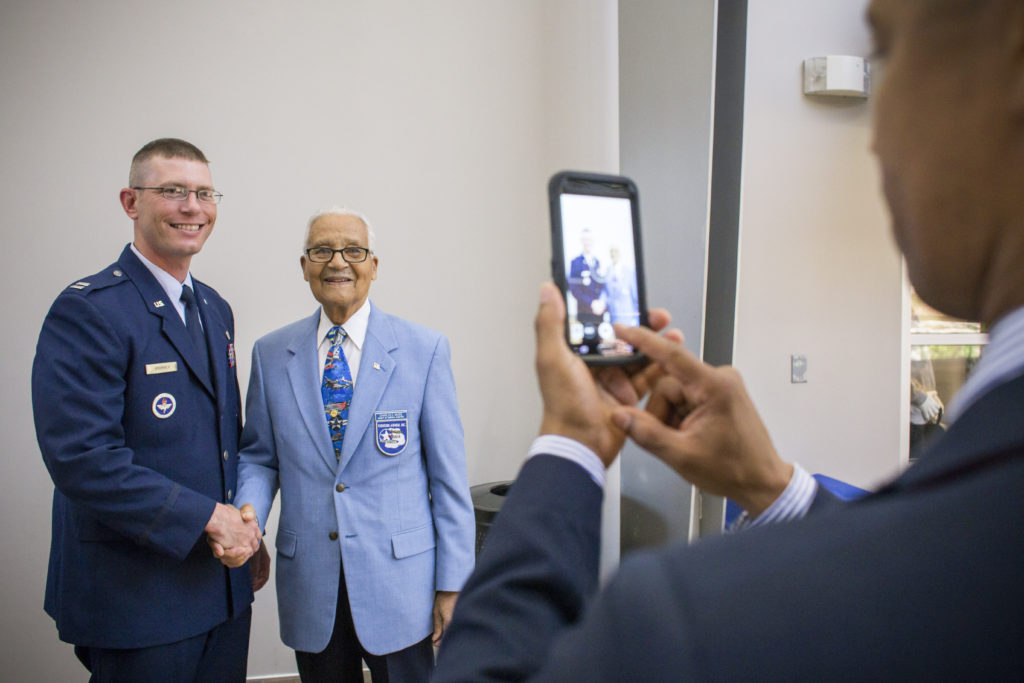 KS: “I always like these sorts of pictures within a picture. That’s Col. Charles McGee ’78 in the light blue blazer, an alumnus who is a National Aviation Hall of Famer and flew 409 fighter missions in World War II, Korea and Vietnam. He was in town for our annual Military Recognition Day, and our Development director Keith McIver snapped a picture of McGee and an admirer. There are a lot of blue tones in this photo that really stand out to me.” 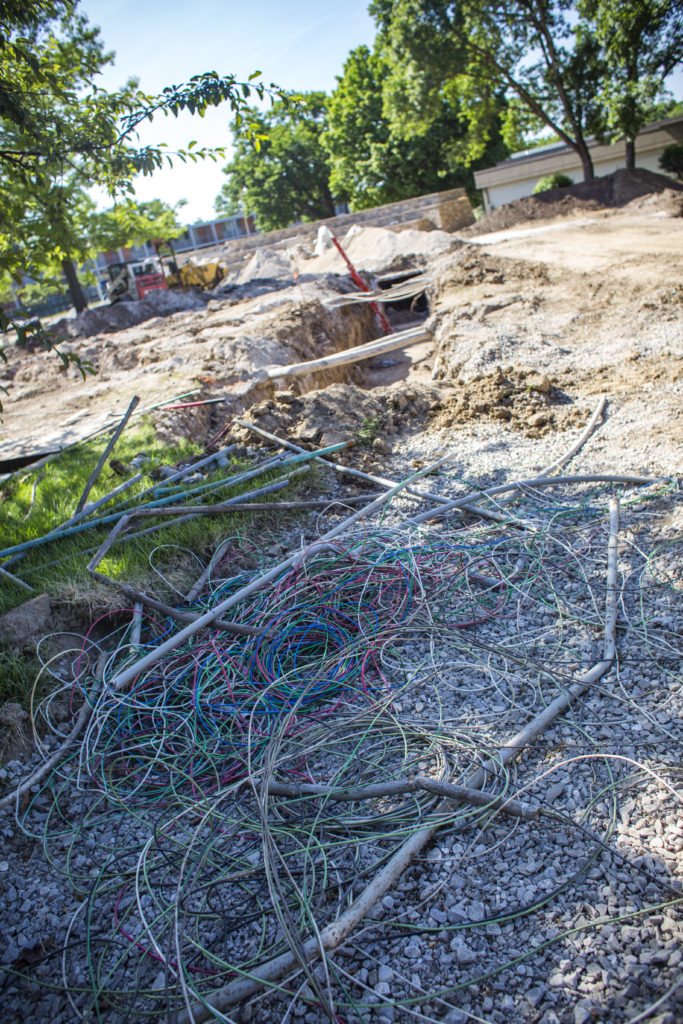 KS: “You see the Quad now as a finished product, but it was fascinating to be able to chronicle its construction. In walking through the chaos that was the Quad in its early days, you can see an underground tunnel from Columbia College days gone by.” 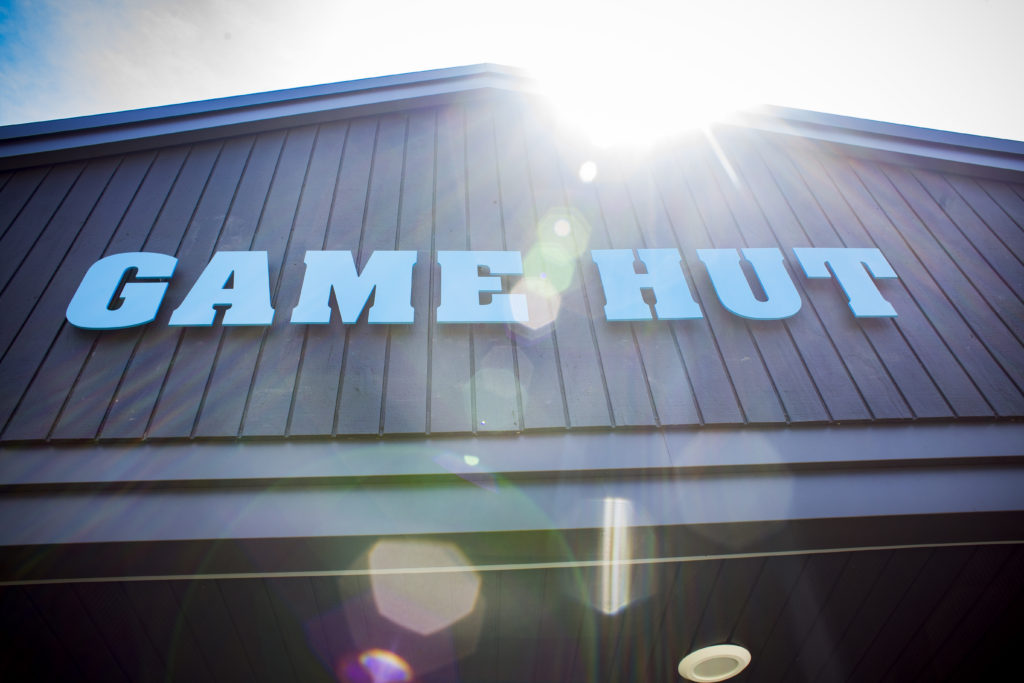 KS: “It was right around noon and the sun was in a really great spot for me to be able to capture a huge sunburst over the roof of the Game Hut, the home of our new eSports team. I like lens flare effects in photos but often have to avoid them since I am usually taking photos of people and I don’t want light spots over people’s faces. Campus building photos tend to be a good opportunity to be creative with lens flares to create additional interest in photos.” 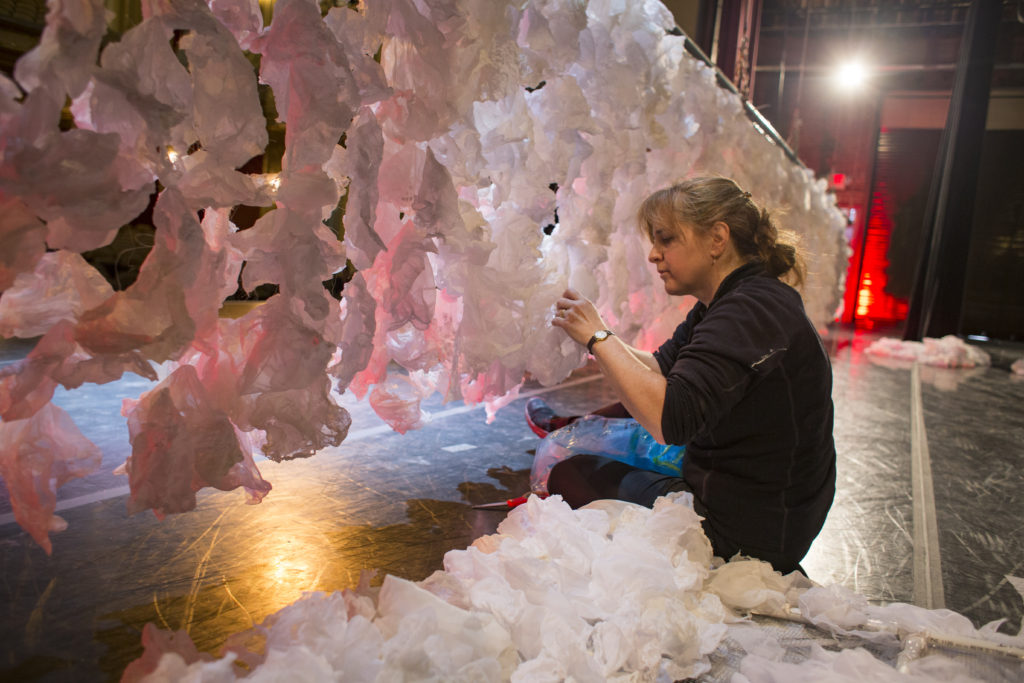 KS: “This is alumna Valerie Wedel, tending to one of her art installations. We shot this in Missouri Theatre, which is always a really neat place to shoot. There are so many contrasting textures and lighting in this piece. Plus, the angle of the background going off-scene makes for an interesting photo.”

KS: “These two photos may look posed, but they’re not. The men’s and women’s basketball teams congregated on the curb on either side of the stairs leading up to the St. Clair Hall entrance during our annual ‘Storm the Gate’ event to kick off the school year on Bass Commons.”

KS: “I love panoramic shots in general, but especially when I’m shooting the Quad. There is so much to the Quad that, to really do the whole span of it justice, you kind of have to do a panoramic to get even close to all of it in one shot. The top picture is an evening shot, which made for darker, more saturated colors. We’ve used this photo in all sorts of media, but the bottom one hasn’t been as widely circulated. I like it because it covers a lot of the Quad while also getting Atkins-Holman and Williams and Dorsey halls in the background. It gives a little different perspective than the top picture because it’s shooting in the other direction from the other side of Alumni Fountain.” 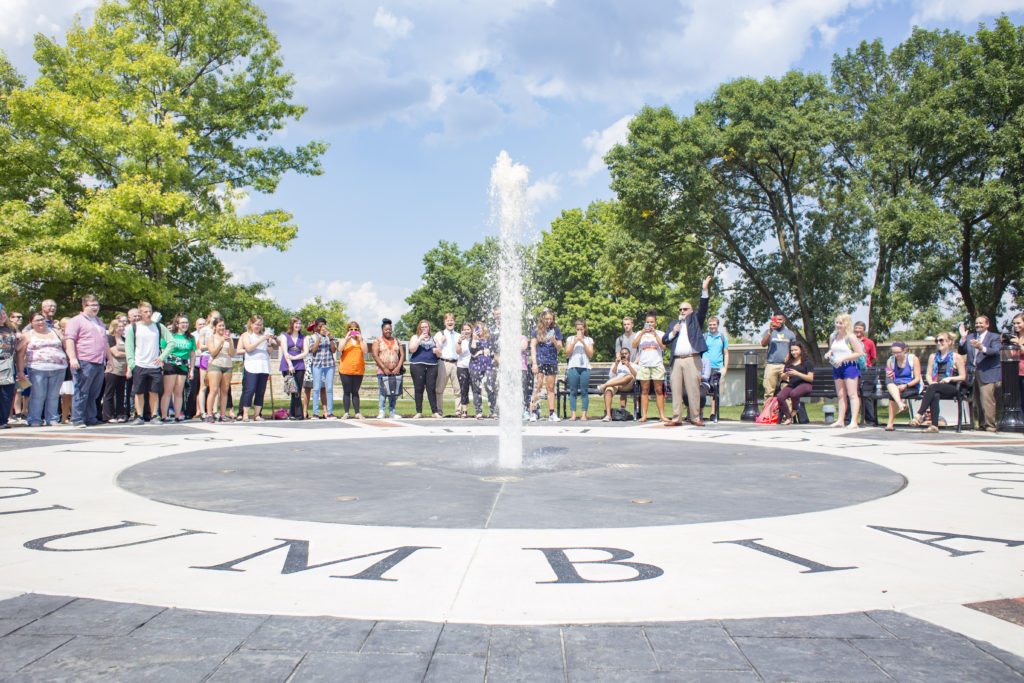 KS: “I took this just as Alumni Fountain was turning on for the first time, on the first day of the fall semester. Notice President Scott Dalrymple off to the right, seeming to summon the water up with his left arm. A lot of people showed up for the event, and it was awesome to see everyone’s excitement in the moment.” 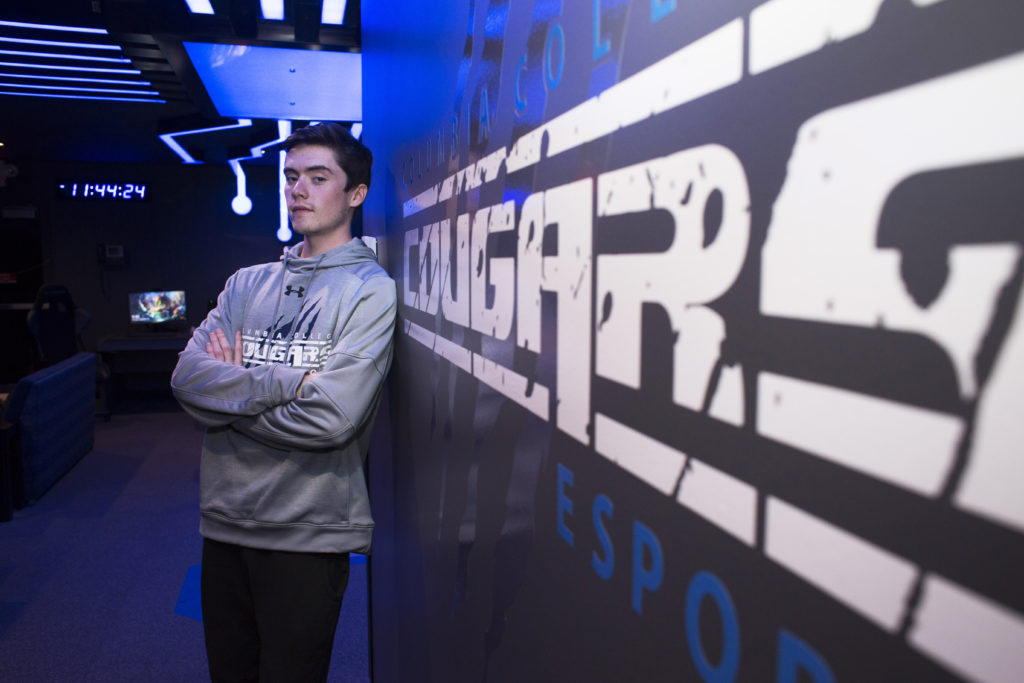 KS: “It’s always fun to shoot inside the Game Hut because of its interesting ceiling lighting fixture that can change color. This is eSports player Connor Doyle posing in the team’s arena. I especially like how the angle of the logo slants on the wall behind him, leading the eye toward the subject of the picture.”