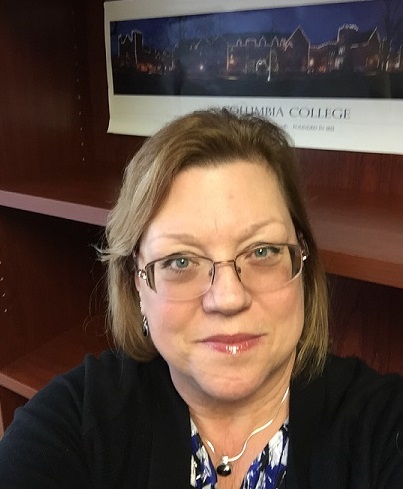 Dr. Adrian-Hollier joins Columbia College after more than a decade in several positions at ITT Technical Institute, including her latest role as Chair of the School of Information Technology. She has also served as the Interim Director, Dean of Academics and as faculty for the Institute. Prior to her time with at ITT, Adrian-Hollier worked as a Quality Assurance Analyst and System Support lead for AMS Services from 2000 to 2006.

“Lois possesses a wealth of experience, both as an administrator at a higher education institution and in the field of technology,” Knokey said. “She brings great energy and leadership to the position and we are fortunate to have her as part of our Columbia College team.”

Dr. Adrian-Hollier, who retired from the Air Force after a 20-year career in communications and computer system operations, earned both her Bachelor’s and Master’s Degrees from City University of Seattle in Computer Systems and System Test Management. In 2015, she earned an Ed. D. in Educational Leadership and Management from Capella University, finishing the program as a Distinguished Graduate.

In 2014, Adrian-Hollier was recognized by Continental Who’s Who among Pinnacle Professionals in the field of education. She was named the National Association of Professional Women “Woman of the Year” in 2012-2013 and is also an honorary faculty member for the Alpha Beta Kappa National Honor Society. Adrian-Hollier is a member of the Disabled American Veterans and the Institute of Electrical and Electronics Engineers (IEEE), Affiliated Computer Society.