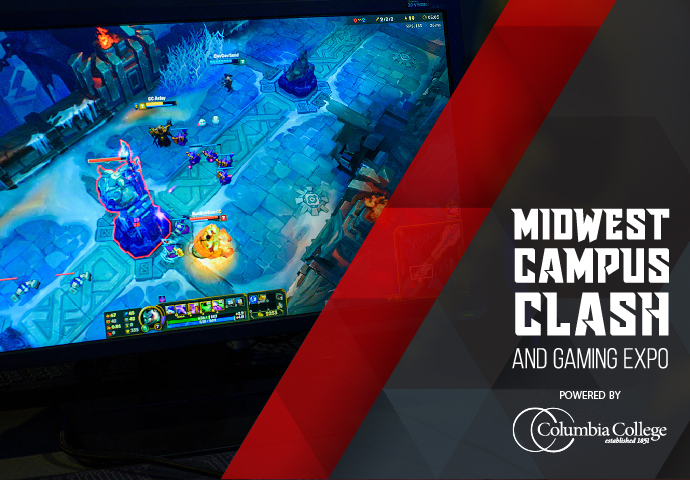 Touted as one of the largest new eSports and gaming events in the United States, the inaugural Midwest Campus Clash and Gaming Expo (@MWCampusClash on Twitter) is coming to Columbia College on April 8. The event will bring some of the top collegiate eSports teams in the Midwest together in Columbia, Missouri, to compete for a $25,000 prize pool. In addition to the live tournament viewing space, the Expo area will include a range of gaming experiences for all ages, plus food trucks and an exhibitor space to sample the latest gaming gear.

The Expo area will also play host to the finals of the Collegiate Star League’s (CSL) Madden NFL Championship Series, part of a partnership between the CSL and EA Sports. Students from across North America will have the opportunity to represent their school and have a shot at $10,000 in prize money.

“We want to provide the ultimate gaming showcase in the Midwest and beyond for everyone who attends this event,” Columbia College president Scott Dalrymple said. “The Midwest Campus Clash is designed to not only focus on eSports, but also provide a look at some of the cutting-edge gaming technology that is coming in the future.”

After a month-long League of Legends elimination tournament, eight of the Midwest’s best collegiate eSports teams will emerge to battle for a $15,000 top prize. The second-place team will receive $5,000 and third and fourth-place teams will each receive $2,500. Games will start at 10 a.m. and will be called by professional Shoutcasters live in the arena.

Visit www.midwestcampusclash.com for complete details on the event and for sponsorship opportunities, or contact Columbia College Director of eSports Bryan Curtis at blcurtis@ccis.edu.

About the game League of Legends?