A Columbia College education can be a “Life Changer”

Earning a college degree is an accomplishment that changes lives. It takes courage, dedication and encouragement. If we’re fortunate, we have people, places and moments in time that have helped us to achieve heights we never thought possible. The following five alumni come from different backgrounds, but they all had the dream to finish their college degree. These are their stories of how they were inspired to reach their goals. 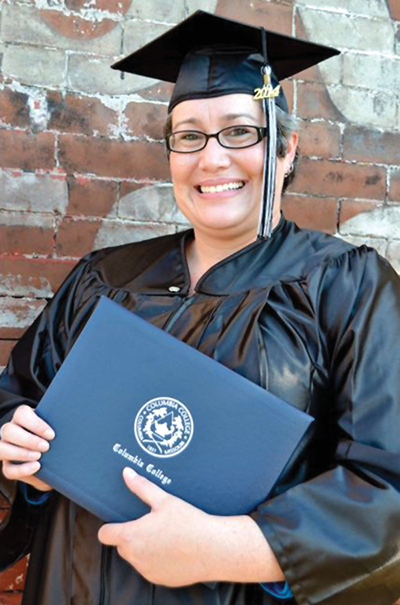 Jennifer Shala joined the Army when she was 25 – several years older than the 18-year-olds around her. During her seven years of service, she was stationed in Kansas, Korea and Georgia. She then went to Iraq, where she dealt with the horrors of the war around her.

After Iraq, she came back to the U.S. and was medically discharged from the Army as she suffered from PTSD along with bad knee problems and asthma. It was then that she knew it was time to figure out another career path. “I couldn’t keep doing physical work forever,” Shala says. “I had to have a job where I can use my brain.”

Shala began taking classes through Columbia College’s Online Education program in 2005. She took a few classes here and there, but it wasn’t until 2008 when she was working as a civilian in Iraq that she began taking classes non-stop. After moving back to the states, she was determined to finish.

“When I was younger, I didn’t feel college was that important,” Shala says. “Now, it’s absolutely necessary to get a decent job.”

That determination kept her on track with her coursework, even when she was dealing with life changes. When she was pregnant with her daughter, Shala took a midterm exam right before driving herself to the hospital for a C-section. One of her Columbia College instructors gave her an extension on a second exam and, two days later, she drove home and completed the test.

“I am so thankful for Columbia College and my instructors,” Shala says. “I wouldn’t have been able to do it otherwise.”

Her degrees hang on the wall at her office where she works as an administrative programs officer for the Grand River Dam Authority in Chouteau, Oklahoma. “I walk by them several times a day, and I can’t believe I did it,” Shala says. “I stand a little taller and a little prouder.” 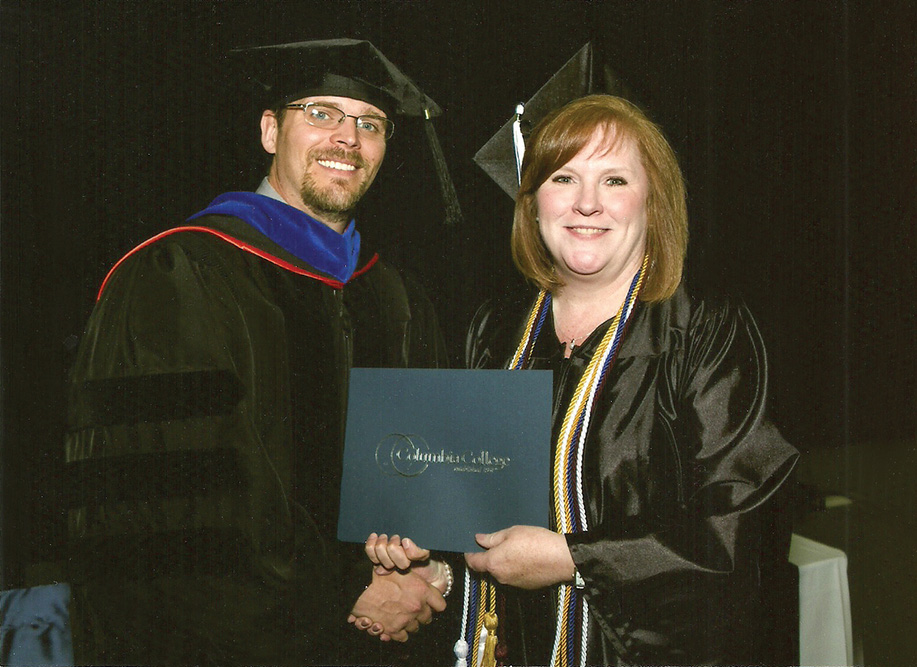 Aileen Zei had intended to go to college but had put it on the back burner for years as she raised her family. When she had to recover from a cancer diagnosis, she decided it was time to fulfill her dream. Luckily, the cancer was at Stage 0 and treatable with surgery and radiation. But the experience changed her way of thinking.

“You realize that life is really short,” Zei says. “If there are things you want to do, you should do them.”

She also wanted to show her sons the importance of getting a college degree. At the time, her older son was in high school and her younger son in middle school.

“How can I tell them that college is important if I don’t finish it? I knew it would be hard, but if there was ever a time to do it, I knew I needed to do it now,” she says.

Zei decided to pursue a degree in human services at Columbia College–Crystal Lake. She says that two of her instructors, Jean Beard and Kathleen McNamara, inspired her in her area of interest, gerontology.

“Because they worked in the field, they could give students a real-world account for what things are like when you’re working with senior populations,” says Zei.

Zei graduated in 2014. She now works as assistant director of senior and disability services in Wheeling Township, Illinois, helping elderly patients to find services in the community.

“My degree allowed me to get the job that I have now,” she says. “It’s rewarding to know that we’re able to help the elderly and adults with disabilities find services in the community.”

Finding the Inspiration to Finish 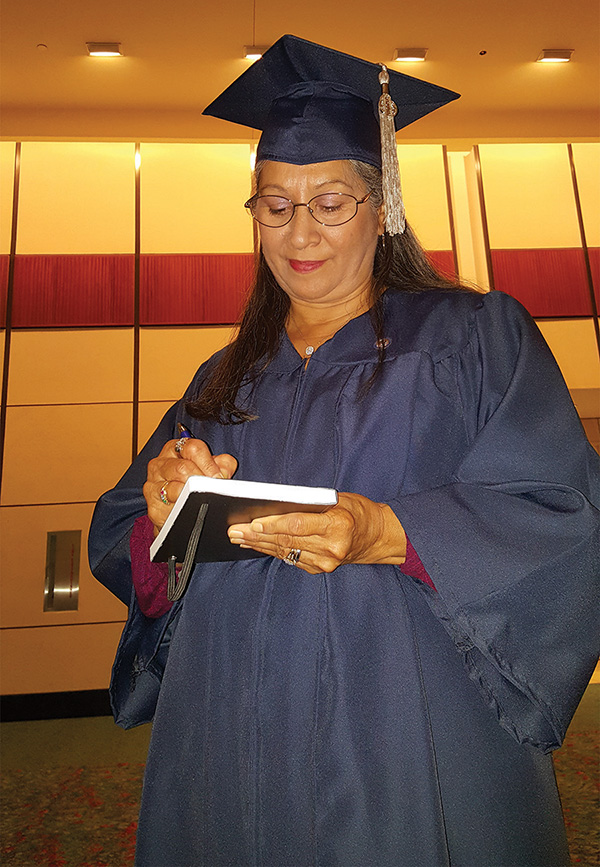 Irma Ortiz had always dreamed of going to college. However, with a husband in the military, she and her family were often on the move.

After years of raising her family and moving from place to place, she still kept her dream alive to get her degree. In 2009, her husband retired from the military, and the family moved to Fort Worth, Texas. There, Ortiz visited a recruiter who happened to be a student at Columbia College.

Ortiz started in the General Studies and Business Administration program in 2012. She was scheduled to start in January, but that month, her mother-in-law passed away in Puerto Rico.

“I called the school and told them to drop me,” Ortiz says. “They said not to worry, and that I could start the next semester. No matter what, they are always supportive and understanding.”

Ortiz feels grateful to her teachers for their inspiration and their flexibility when dealing with family issues. In particular, she credits Walter Belcher, Kenneth Newell and John Hardy.

“They’re not going to cut you slack, but they ask how you’re doing and how they can help,” she says. “They really take the time to get to know you.”

“I believe I’ve been successful because of the understanding teachers at Columbia College,” Ortiz says. “And I’ve proved to myself that I can succeed and attain the goals I set for myself in life.”

Getting a Degree at Sea 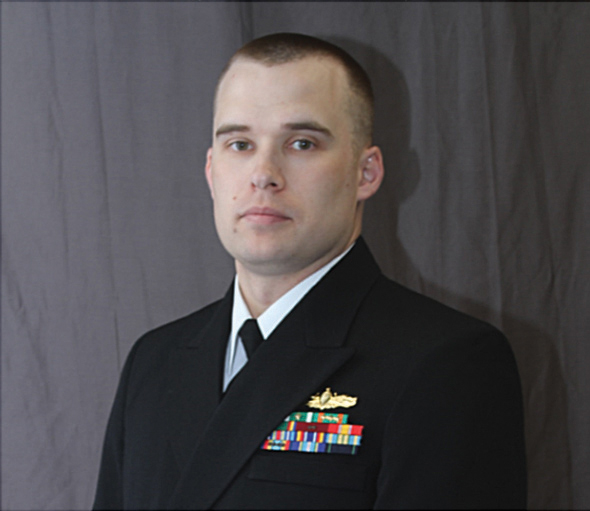 Nolan Nichols served in the Navy on four different ships and was deployed six times. Even with all of these transfers, he knew he wanted to pursue an education.

“My goal was to get a degree to open up opportunities in my career in the Navy,” Nichols says.

He had his associate degree in Marine Engineering, but his goal was to get his bachelor’s degree as well. After a few years of taking classes, Nichols enrolled at Columbia College in 2005 because of its strong presence on Navy bases.

“I chose Columbia because of the reputation that they had as a solid school when I was growing up in Northeast Missouri,” Nichols says.

He started in the history program, but when those degree requirements changed, Nichols began to question whether he should continue to take classes. That’s when he got an email from Rachel Smith, a Student Success advisor at the main campus in Columbia, Missouri. She recommended that he switch to General Studies, which would automatically qualify him for a bachelor’s degree.

“I had been taking college classes off and on for over 10 years,” Nichols says. “I was ready to stop altogether when the program changed. She was the one that had the positive attitude and took her time to help me get what I needed.”

Nichols officially graduated from Columbia College-Lake County this past May. A lieutenant junior grade in the Navy, he is currently deployed conducting operations in the oceans off the coast of Asia. He says that working on his degrees has helped him to advance in his military career.

“It means a lot,” Nichols says. “I just want to thank Columbia and Rachel once again for the help they gave me and the flexibility they provide for military members getting their degrees.” 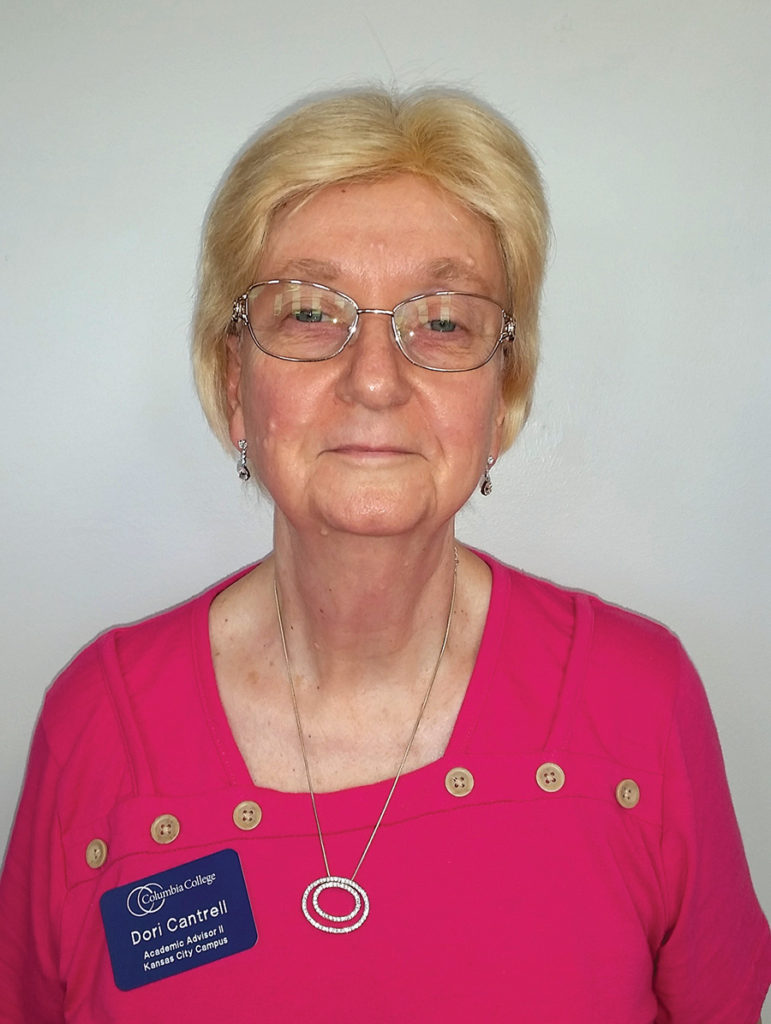 Dori Cantrell was working as an administrative assistant for Columbia College–Kansas City when she overheard the academic advisor tell a student, “You are never too old to learn.”

The phrase stuck with Cantrell. She had been the first in her family to go to college, and years ago, she had graduated with an associate degree in her home state of California. After hearing the advisor’s encouragement, she decided to further her education. She discussed it with her family and signed up for her first class in 30 years at Columbia College-Kansas City in 2004.

“At first I thought that I would feel out of place being an older student,” says Cantrell. “What is so wonderful about Columbia College is that everyone, no matter your age, is equal.”

Cantrell enjoyed her classes so much that when she received her bachelor’s degree in 2006, she continued with classes until she earned her MBA at Columbia College-Kansas City.

“All of the instructors were so inspiring,” she says. “Some of them went back to school later to get their master’s degrees. I thought if they can do it, then I can do it.”

Today, Cantrell works at the Kansas City location as an academic advisor. She says she’s happy to be able to give students the same advice she got from an advisor years ago.

“I feel I was placed here for a reason,” Cantrell says. “I wanted to help other students in the same way by advising them and letting them know they’re never too old to learn.”