As she was going through seventh grade last year, Asheton Simmons felt a sense of familiarity with a number of the concepts she learned in the classroom. 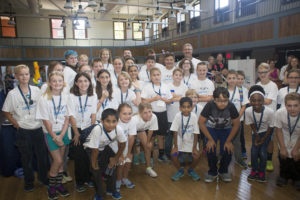 Columbia College welcomed 35 third- through eighth-graders to campus for the second annual STEAM camp, which ran from July 17-21, 2017.
(Photo by Kaci Smart)

She had been introduced to them during summer camp at Columbia College just months earlier.

“It really helped me in the actual school year, because I would learn stuff and be like, ‘Hey, I learned that at STEAM camp!’” said Simmons, who is from Texas. “It was really cool, and I learned a lot.”

So this year, she came back.

“I want more kids to become excited about these disciplines, and choose to investigate on their own,” said Dr. Ann Schlemper, Columbia College professor of math and the STEAM camp coordinator. “And, when they get to high school, they’ll want to take classes in these areas and eventually choose to go into these disciplines.”

This year, the 35 campers got to learn about the traveling lab on the STEAM bus, as well as meet local scientists during a tour of EAG Laboratories. All week, they put their teaching into practice by constructing and programming digital light sculptures that feature LED illumination.

The campers got to showcase their work for parents, teachers and other interested parties during a July 21 reception at Dorsey Gym, and their pieces will be on display alongside the STEAM bus at the Roots N Blues N BBQ Festival at Columbia’s Stephens Lake Park in the fall.

“These kids are adorable. They’re excited and want to be here. They want to learn this stuff,” Schlemper said. “They’re all doing the same thing, but they’re all getting something different from it. I think that’s very powerful.”

Check out a photo gallery from the July 21 reception to cap off this year’s STEAM camp below. 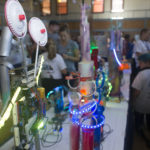 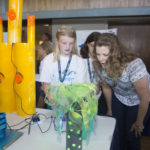 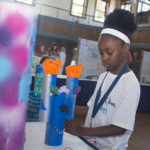 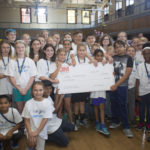 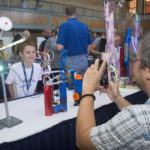 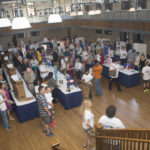 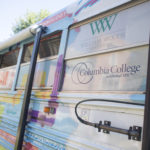 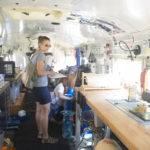