Matt Williams named to Columbia College Board of Trustees 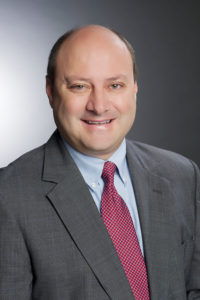 Columbia College Board of Trustees Chair Web Bixby has announced the addition of Matt Williams to the board, effective July 1, 2017.

“Matt’s business savvy and feel for the economic climate in mid-Missouri will certainly be a welcome addition to the board,” Bixby said. “He brings more than two decades of experience in the banking industry to the table, and we are excited to have him join our team.”

Throughout his time in mid-Missouri, Williams has been an active member of community organizations. He currently serves on the boards of Regional Economic Development Inc. (REDI), the Columbia Chamber of Commerce, the City of Columbia New Century Fund, the Country Club of Missouri and the Women’s and Children’s Hospital, and he is a tri-chair of the United Way campaign major firms division. Williams is also a past board member of the Community Foundation of Central Missouri and Russell Boulevard Elementary School PTA.

“During my 25 years in the Columbia community, I have marveled at the evolution of this extraordinary institution,” Williams said. “I am honored to serve on the Columbia College Board of Trustees and look forward to working with each of my fellow trustees and President Dalrymple.”

Williams earned a Bachelor of Science in Business Administration, with a concentration in finance, from Truman State University in 1990. He and his wife, Carla, have been married for 26 years and have three children: Annie, Katie and Tommy.