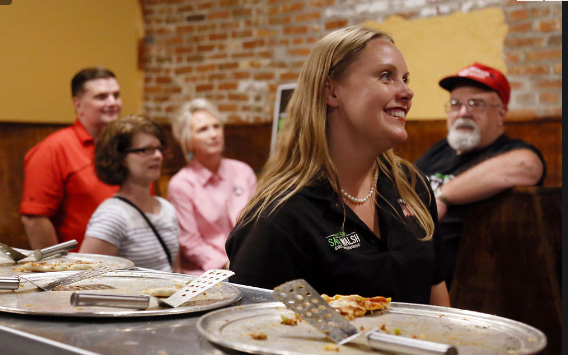 Missouri’s 50th District stuck with its Republican roots earlier this month, electing Sara Walsh, a 2005 graduate of Columbia College-Jefferson City,  to the seat previously held by former Rep. Caleb Jones. Walsh, 37, beat Democrat Michela Skelton with a final tally of 3,737 to 3,439 to take the seat vacated when Jones left to become Gov. Eric Greitens’ deputy chief of staff. Walsh was overcome with emotion at her watch party at Pizza Haus restaurant in Ashland.