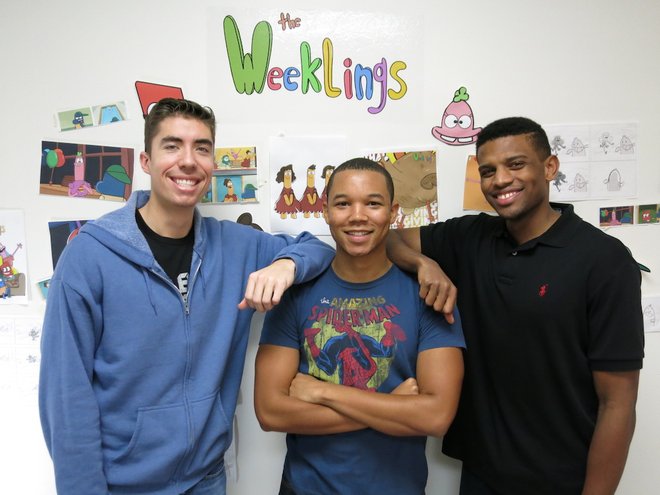 Monday. The beginning of the workweek. The day we all dread. What would Monday be like if she was a character? Would we dislike her because we hate Mondays? That’s the premise behind The Weeklings, a new animated series created by 2016 Columbia College alumnus Brandyn Chambers (far right in the photo) and his team. The show stars the days of the week and holidays as characters, and all those feelings you have about Monday or Sunday are personified onto those characters. And you guessed it — everyone loves Friday. Friday is the cool guy. Jabril Mack, who lived in the Gateway City for four years, and Chambers, a ‘Lou native, are two of the creators of the series. They met in a classroom at Mary Emily Bryan Middle School in Weldon Spring, Missouri, where they began creating cartoons. “They weren’t as good as The Weeklings, but it was a start,” Chambers says.