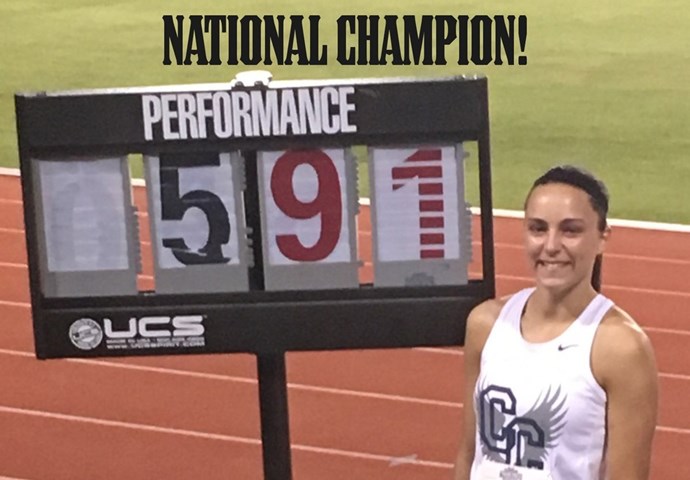 From walk-on to national champion. It’s the type of story every athlete dreams about. But, for Washington High School graduate Abby Stricker, it was no dream. Stricker, a 2015 Washington High School graduate, became Columbia College’s first-ever individual NAIA champion in May when she won the NAIA long jump title in Gulf Shores, Alabama. “Going into the finals, I was seventh or eighth,” Stricker said. “They take nine to the finals, and only eight make All-American, so I knew I had to do something. On my second-to-last jump, I felt like everything went perfect. It was the perfect jump. I landed one centimeter longer than the top jump to win the title.”