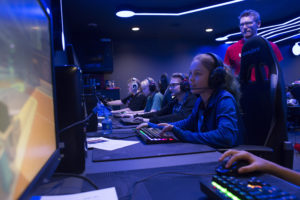 Dr. Piyusha Singh does not profess to be an avid gamer. Columbia College’s chief of staff and vice president for Online Education knows her way around a computer, sure, but has never been one to don the headset and engage in tactical cyber campaigns with virtual teammates from around the world.

Needless to say, she was a bit outclassed when she put fingers to keyboard and played the game Overwatch with the middle school participants at Columbia College’s inaugural “Girls Who Game” event in the campus Game Hut on September 30.

Going into battle against a group of 11-to-13-year-old competitors, Singh was first “eliminated” within 20 seconds. During the five-minute game, she managed to pull off three eliminations while getting herself eliminated eight times.

Not bad for a beginner.

“I’m not a gamer,” Singh said. “Though I think I would have been if I had this kind of support when I was their age.”

Columbia College welcomed 11 participants in for its daylong Girls Who Game event, including one who came all the way from Minnesota. After going through a game creation seminar in the morning, the participants played Overwatch and other games in the afternoon. Their competitive side was very much present, given the noise in the room.

One of the day’s main goals was to connect the girls with others their age who shared their interests.

“Many of the girls who came to our camp said they did so because they enjoy gaming but and are not finding other girls to play with,” Singh said. “I think it’s just cool for them to see other people their age, like them, with the same interests they have. We also found that they were a really skilled group and we could cover a lot of concepts that we didn’t think we’d get to.”

Online Education instructional designer Andi Rosario helped walk the girls through the game design paces in the morning session, a task for which they all showed impressive aptitude.

The kids were able to pick things up faster than the adults.

“We learned stuff from them,” Singh said. “When they had a problem, another team was solving it for them. They’re a sharp lot.”

Even though Columbia College’s eSports program is open to men and women, Singh said that only two of the 300 applicants the school received in the last recruiting call came from women. It’s a problem that faces coeducational eSports programs all over the country.

“If you look at the research, there are a lot of girls and women playing games, they’re just not playing these kinds of games competitively,” Singh said. “We’re hoping that Columbia College can help grow a gaming culture where women and girls can feel confident. That if we give them the support they need when they are younger, they will take that confidence with them into their lives whether in gaming or elsewhere. No matter what you do (for a career) now, you’re going to come into contact with technology. Who knows where this goes for them? That’s how so many of us found our careers. We did something, it was fun, and we said, ‘Let me learn more about it.’ If we can do that for some girls that would be wonderful.”

Based on the success of this year’s event, Singh said, Columbia College could be open to holding similar opportunities in the future: maybe even a weeklong summer camp.

More opportunities to connect for girls who game. And more chances to Singh to practice her Overwatch.

“We’re not trying to make anybody an expert in one day,” Singh said. “They know how to learn it now and can move forward if they want to. You don’t really need to do much. You just have to spark their interest and create the right environment.”

For a photo gallery from “Girls Who Game” check the thumbnails below: 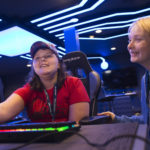 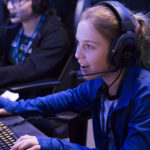 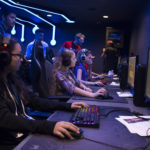 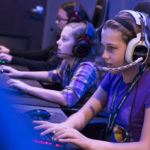 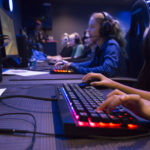 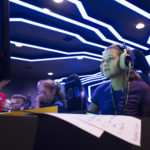 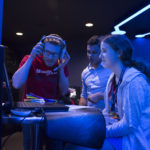 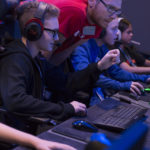 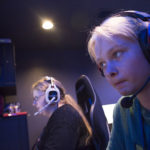