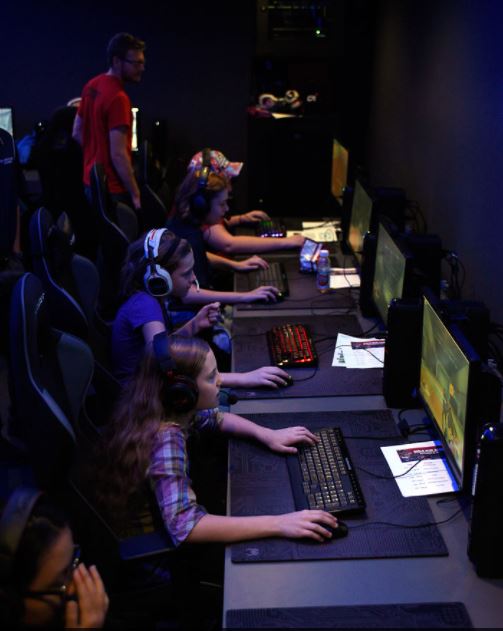 As the countdown on the computer screens hit zero, five girls put on headsets, placed their hands on their mice and got ready to play another round of the cooperative video game “Overwatch.” Their opponent? Five girls on the other side of the room. Hannah Bate, 12, yelled into her microphone, “Just go! Run! Hit shift to sprint!” Bate and nine other middle school girls were competing during Girls Who Game, an event put on by a group of Columbia College faculty, staff and eSports coaches Saturday at the campus’ Game Hut. In total, 11 girls attended the daylong event that started with a workshop in video game creation and then shifted to playing “Overwatch” tournaments. But the event was about more than just team-building …