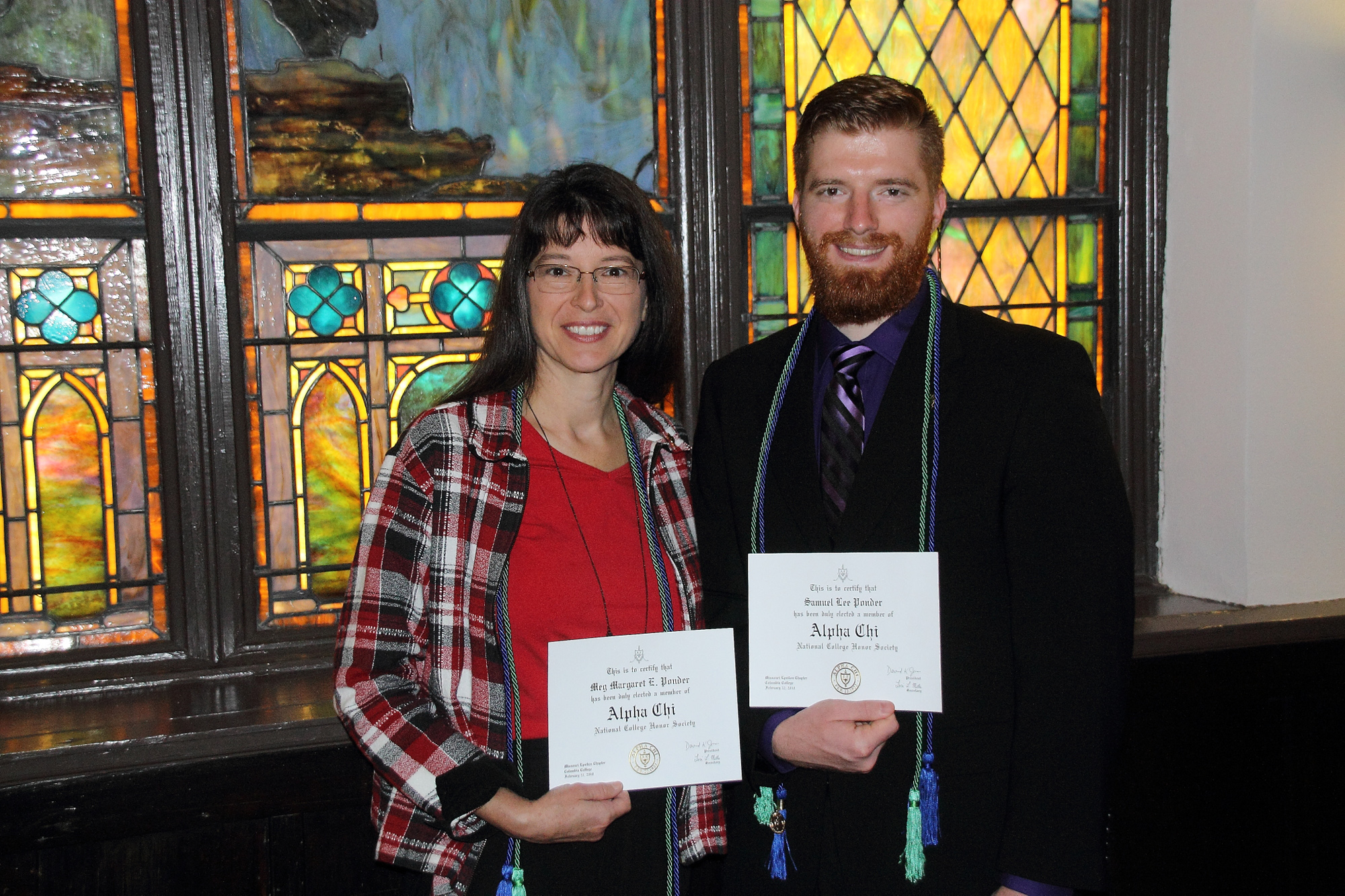 You could say Meg and Samuel Ponder’s overachieving nature runs in the family.

The mother and son, both of whom are Columbia College-Jefferson City students, were inducted into the Alpha Chi National Honor Society for scholastic achievement during an October ceremony at Columbia College’s main campus in Columbia, Missouri. Meg, a senior, is pursuing her bachelor’s degree in English literature, while Sam, a junior, is studying computer information systems and security (CISS) as his degree. 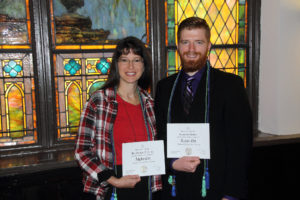 Meg Ponder and her son, Samuel, were both inducted into the Columbia College chapter of the Alpha Chi National Honor Society in October.
(Photo submitted by the Ponders)

After having Sam, Meg quit her job as a secretary to raise and home-school him. When Sam graduated from home school, he and Meg both enrolled in “CollegePlus,” a program that enables students to test out of classes, earn college credits and prepare for college. They found that the Columbia College testing center in Jefferson City was the most convenient way to take their CLEP (College Level Examination Program) tests.

“We really liked the idea that they would work with us and cared about us getting an education,” Meg says.

After looking further into Columbia College and its programs, they decided to enroll and pursue their degrees, taking a mixture of online and in-seat classes through the Jefferson City location. Meg tends to take primarily online classes while Sam attends more in seat.

“It limits membership to junior and senior students — we invite students from our day, online and AHE programs — of good character who rank in the top 10 percent of their class based on cumulative GPA, have earned at least 24 credit hours at Columbia College and are enrolled for coursework at the time of eligibility,” Langdon said.

Meg and Sam are also now eligible to compete for member-only scholarships.

“It was pretty awesome,” Sam said of being inducted into Alpha Chi. “It was pretty great that you put in all this hard work and stuff, all these hours of studying and thinking, ‘Is it really worth it,’ trying to get A’s all the time. Then you get inducted into a society like that, and it’s like, ‘Wow, that’s pretty cool.’”

Meg and Sam were two of the 14 students who took part in the main campus induction ceremony in October.

The two have a history of success at Columbia College, also winning the Jefferson City location scholarship at the same time last year. After graduation, Meg plans to use her degree to open doors to new professions, and Sam aspires to be a highway patrol officer.

“We worked so hard,” she said, “and it was really nice that the college recognized the effort we put in.” 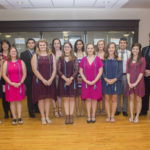 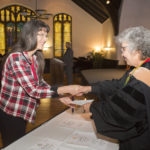 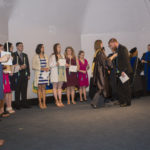 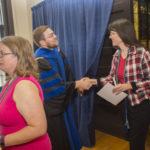