Joshua Muder ’99 never one to back away from a challenge 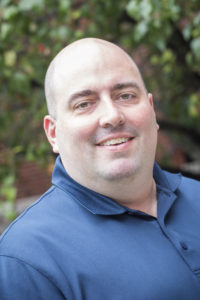 From Australia to Canada, Joshua Muder ’99 has built a career out of looking for what’s new and different in the power industry. As the senior project manager currently based at the Kansas City office of the design-build firm Pullman Power, LLC, he shares what has helped him find success along the way.

“Some project managers get locked into doing the same thing over and over again in their projects,” says Muder. “I believe I’ve been successful in my career by jumping into new areas, the type of projects that have not been done before. Recently I had a $7 million project partially dismantling a couple of nuclear reactor containments. I requested that project because it was something that had never been done before, by my company or myself, and I was attracted to the idea of breaking new ground.”

Muder has a history, built over the 10 years he has spent with his current firm, of taking on massive projects because of the challenge they provide. One of his successful management techniques on these trailblazing projects is to rely on his training in fields outside of construction and engineering.

“In another environmental upgrade project, I managed a $70 million construction of two 950-foot tall concrete chimneys to connect to a new air scrubbing system,” says Muder. “This was about 10 years out from graduating from CC, and I felt that I was drawing on my business training, especially my business law knowledge and debate skills, to stay on top of it all, negotiating for change orders and additional contracts. I really felt that gave me an advantage.”

Muder’s knowledgeable outsider perspective may bolster his confidence in the face of new challenges. With bachelor’s degrees in both business administration and history/political science from Columbia College, his educational background is distinct amongst the teams he works with.

“Most of the people I work with are engineers or have construction management degrees. They have technically oriented backgrounds, I am a little unusual in this business to be a business and political science major,” says Muder. “It has made me a better project manager. One of our corporate values is that solutions are found within the team. My team has their specific areas of focus, and I reach out to them when I need additional details.”

Muder wasn’t even close to studying construction engineering when he started college. Entering Columbia College as a freshman from Kansas City on a full scholarship, he thought his future lay in politics or law because of his passion for debate in high school.

“I liked the way debate taught you how to structure and organize arguments, to frame positions,” Muder says. “It also helps you change your mindset to see how another person would take a position different than yours.”

After an internship in the Missouri House of Representatives showed him politics at the Capitol was “a lot less glamorous” than he was expecting, Muder decided not to pursue a career along those lines.

“Columbia College was the right place for me to figure out what I wanted to do with my career,” says Muder. “My roommate, Richard Moore, came from a political family. Richard and I were randomly assigned together our freshman year, and the next year we were student government president and vice president. He made my Missouri House internship possible, and I learned a great deal about politics and cattle ranching from him. To this day, I can tell you how many cows a laptop cost in 1995.”

While he enjoyed his political science and history classes (especially those with Dr. David Roebuck, with whom he stays in touch with to this day), the business classes sparked a new interest that has served him well. Columbia College had a business organization called Students in Free Enterprise (SIFE), which sent business majors to entrepreneurial competitions to pitch business and project plans to panels of area business leaders. Columbia’s team made it to the national finals every year. It was a mix of business acumen, debate and presentation skills. Muder attributes this experience with teammates and professors for sending him down the career path he has now.

After graduation, Muder started working in the power industry while completing graduate school in Sydney, Australia. He moved back to the US, working on projects throughout the US and Canada.

“One of my early career mentors, James Biggins, said that if you hire a bunch of engineers and construction managers, you get people who all think the same way,” Muder says. “Jim told me he was interested in the English or music major who applies for a position in the construction management field, what a different perspective they may have. They may see answers to challenges that we wouldn’t see.”