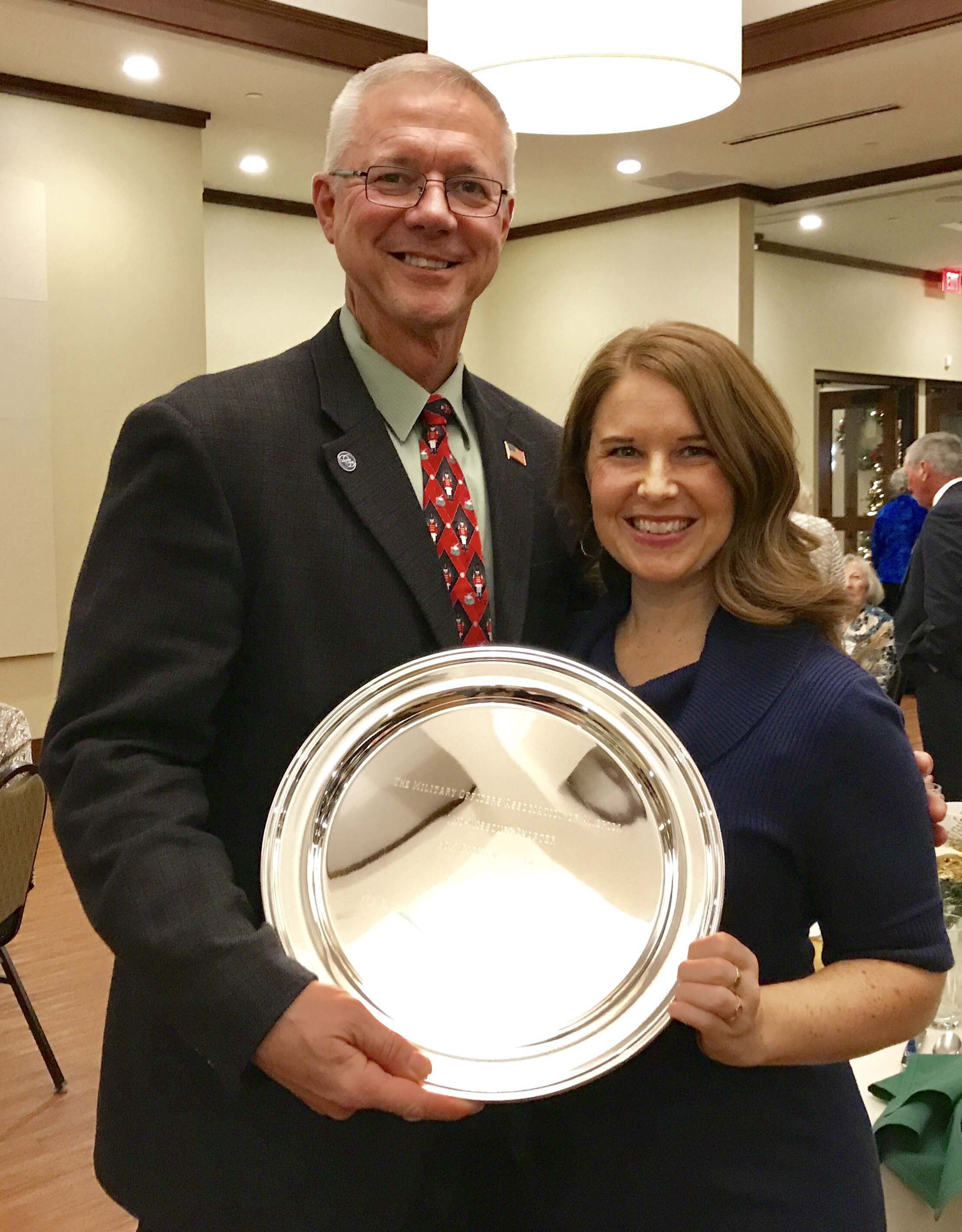 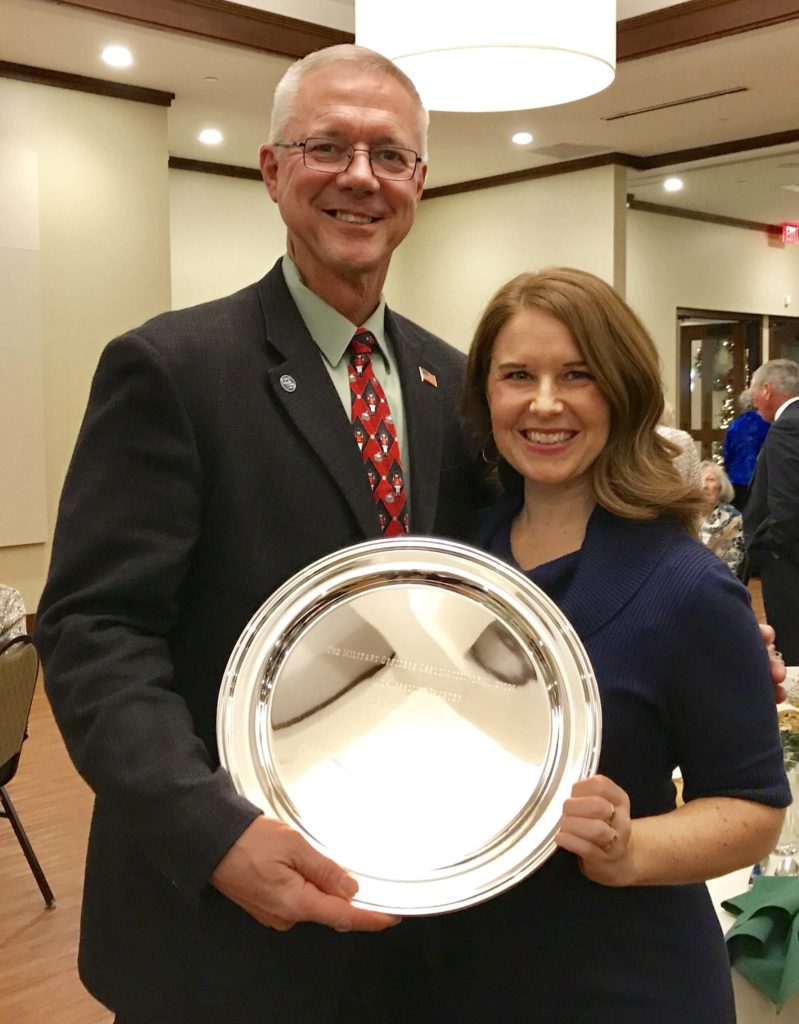 Tery Donelson (left) was recently honored by the Mid-Missouri chapter of MOAA as its Citizen of the Year. Pictured with him is Samantha White.

The Mid-Missouri chapter of the Military Officers Association of America (MOAA) recently named Tery Donelson as its Citizen of the Year. Donelson is the senior director for programs and partnerships for the Division of Adult Higher Education at Columbia College and has served in various other roles at the college since 2005.

Donelson has been active in the local chapter of MOAA for several years, volunteering his time to the Memorial Day Salute to Veterans Celebration, the Columbia College Relay for Life team, Columbia Kiwanis and serving as a board member of Welcome Home, Inc. He is also active as part of the Adopt-a-Program initiative, which has collected thousands of dollars for nonprofits in the Columbia area. His efforts have provided resources for Toys for Tots, Military Morning, the Veterans Cemetery in Jacksonville, Missouri, and others.

“The award was not expected but very much appreciated,” Donelson said. “Since I left military service, I’ve tried to fill that need to serve by getting involved with local community service. This honor is not in the recognition and receipt of the award. The honor is in the service provided to the people who are helped by those organizations.”

Prior to joining Columbia College, Donelson spent more than 25 years as an airman and officer in the United States Air Force. During his career, he served as a space operations officer, with special assignments with the Air Force Honor Guard in Washington, D.C. He also worked as an international political military affairs officer in England and as a professor with the Air Force ROTC program at the University of Missouri.

“Tery’s heart is in the right place in working with the different organizations in Mid-Missouri that need financial assistance or just plain elbow grease,” said Don Laird, who served as chair for the MOAA award selection committee. “This gentleman retired from the Air Force but not from public service. Our community is fortunate to have him living and serving our veterans in our area.”

The local chapter of MOAA has presented the award since 1991. Several past recipients have been associated with Columbia College, including former president Gerald Brouder, former vice president for Adult Higher Education Mike Randerson and 2015 honorary alumna and co-founder of the Memorial Day Weekend Salute to Veterans Celebration Mary Posner.