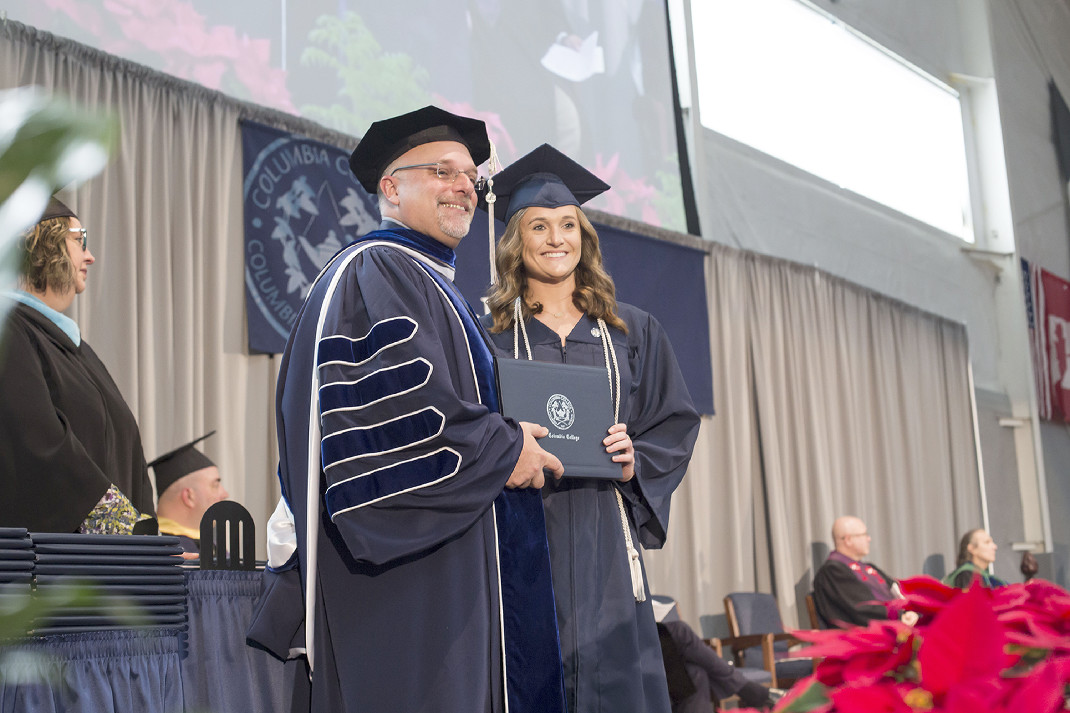 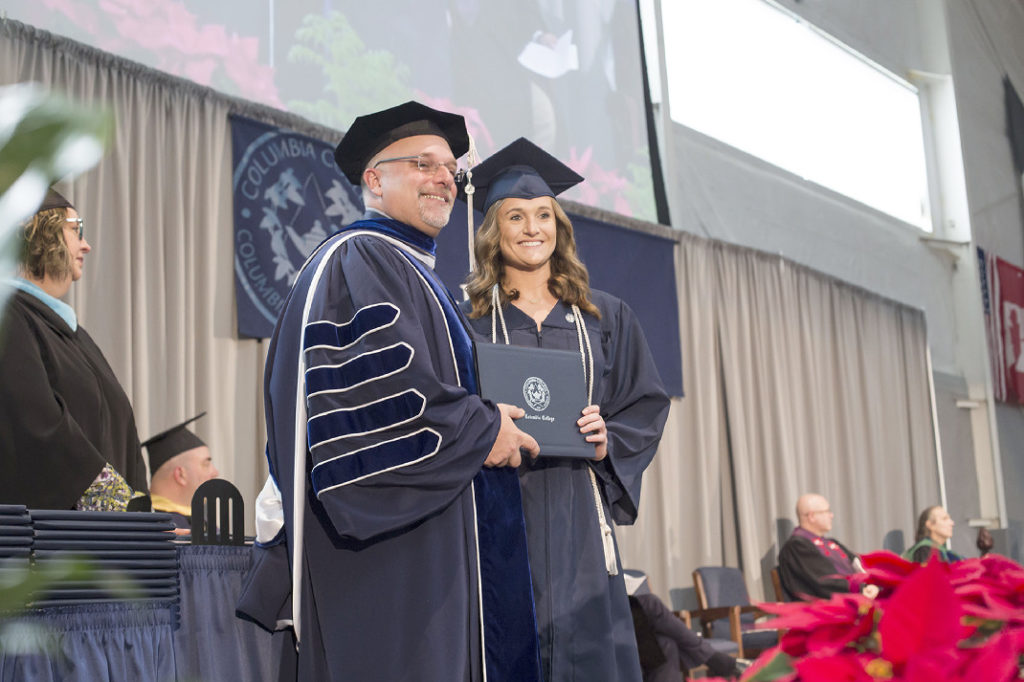 Of all the enviable qualities attributed to Columbia College Presidential Award winner Jordan Poire, from her intelligence to her athleticism, Poire really values the one quality that makes everything else possible: dedication. The 4.0 student, 2017 NAIA third-team All American soccer player and recent Columbia College finance graduate said the sense of commitment to soccer she gained growing up in Jefferson City carried into the rest of her life. College parties took a backseat to soccer practices. She relentlessly ran the right flank with the urge to score and the will to defend her goal, surrounded by teammates in which she found best friends. All the while, she earned straight A’s after occasional bus ride study sessions.