We Are CC: A special trip 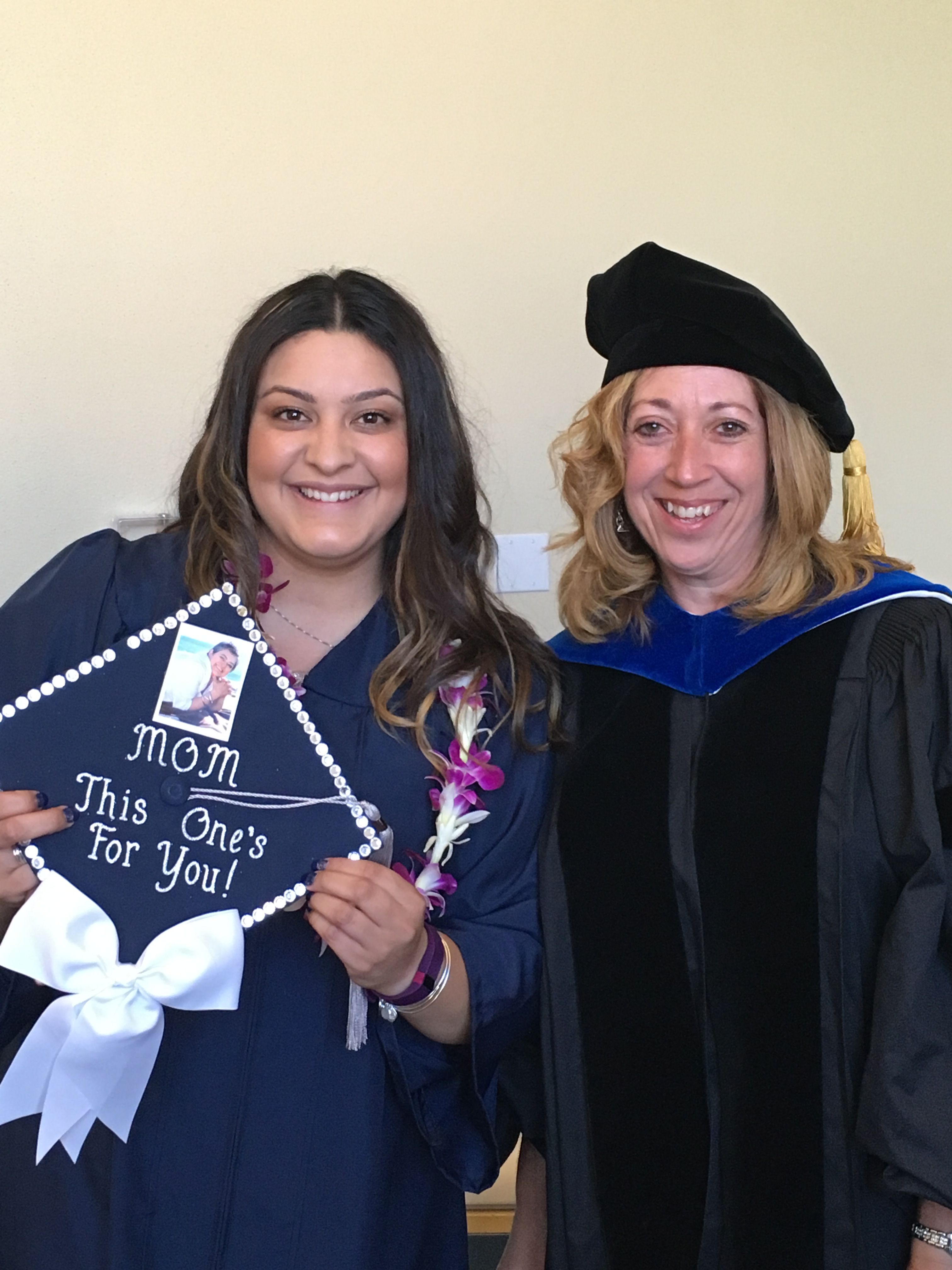 This article ran as a companion piece to “We Are CC: Commencements around the country” in the winter edition of our Affinity alumni magazine.

Click here to check out the magazine in its entirety!

A necklace made of Kit Kats hangs behind the desk of Human Resources payroll manager Phyllis Grant at the Columbia College main campus. It traveled nearly 2,000 miles to get there. 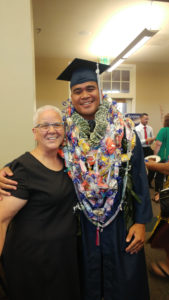 This past June, Grant won a trip through the college’s Customer Service Committee to attend the San Diego location commencement ceremony. While at the Corky McMillin Event Center that day, Grant saw a student wearing a multitude of candy necklaces over his gown.

She asked if he would take a picture with her. He agreed, with one stipulation: She had to take one of his necklaces home with her.

“I just thought that was so sweet,” Grant says. “He didn’t know me from Adam. It was just a very nice feeling: warm and fuzzy.”

Grant, computer programmer/analyst Leah Allen, former assistant director of campus support for Adult Higher Education Suzanne Hickman and Dean of Natural Sciences and Mathematics Dr. Sarah Vordtriede-Patton made up the main campus traveling party to San Diego. Vordtriede-Patton gave the commencement address and got to help congratulate students as they walked across the stage.

Vordtriede-Patton’s speech centered on the fact that her mother didn’t go to college out of high school because a guidance counselor told her she wasn’t “college material.” When Vordtriede-Patton started going to college, her mother joined her, and both earned their degrees within a year of each other.

She appreciated the opportunity to get a taste of the Columbia College experience away from main campus and hear the students’ stories of success. One of the graduates, Jesenia Rosales, who also serves as a student support assistant at the San Diego location, was a longtime caregiver for her mother, who suffered from chronic heart disease. 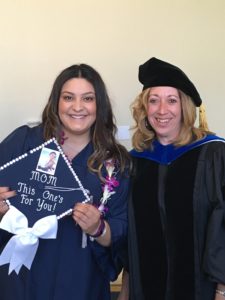 Rosales’ mother passed away recently. Rosales wore a picture of herself with her mother on her mortarboard.

“I stood up on the stage that day thinking, ‘I don’t know, if we weren’t here, if this group of people would’ve gotten a degree,’ because of the accessibility and support,” Vordtriede-Patton says. “It’s important to put the idea in people’s heads and say, ‘Yes, you can do it.’ It’s just the personal touch we bring, planting the seeds for people, showing them that it’s possible and meeting them physically, location-wise, where they are.

“It was like meeting old friends you’ve never seen before.”

Grant also won a trip to the Whidbey Island and NS Everett/Marysville ceremonies through Customer Service a decade ago. They had much the same intimate, military-friendly feel as San Diego.

The memories still hang around, like a wreath of Kit Kats behind a desk.

“People in my office probably got tired of me saying how great it was,” Grant says, with a laugh. “I felt like I knew every single graduating student. I was so happy and so proud of each one of them.”