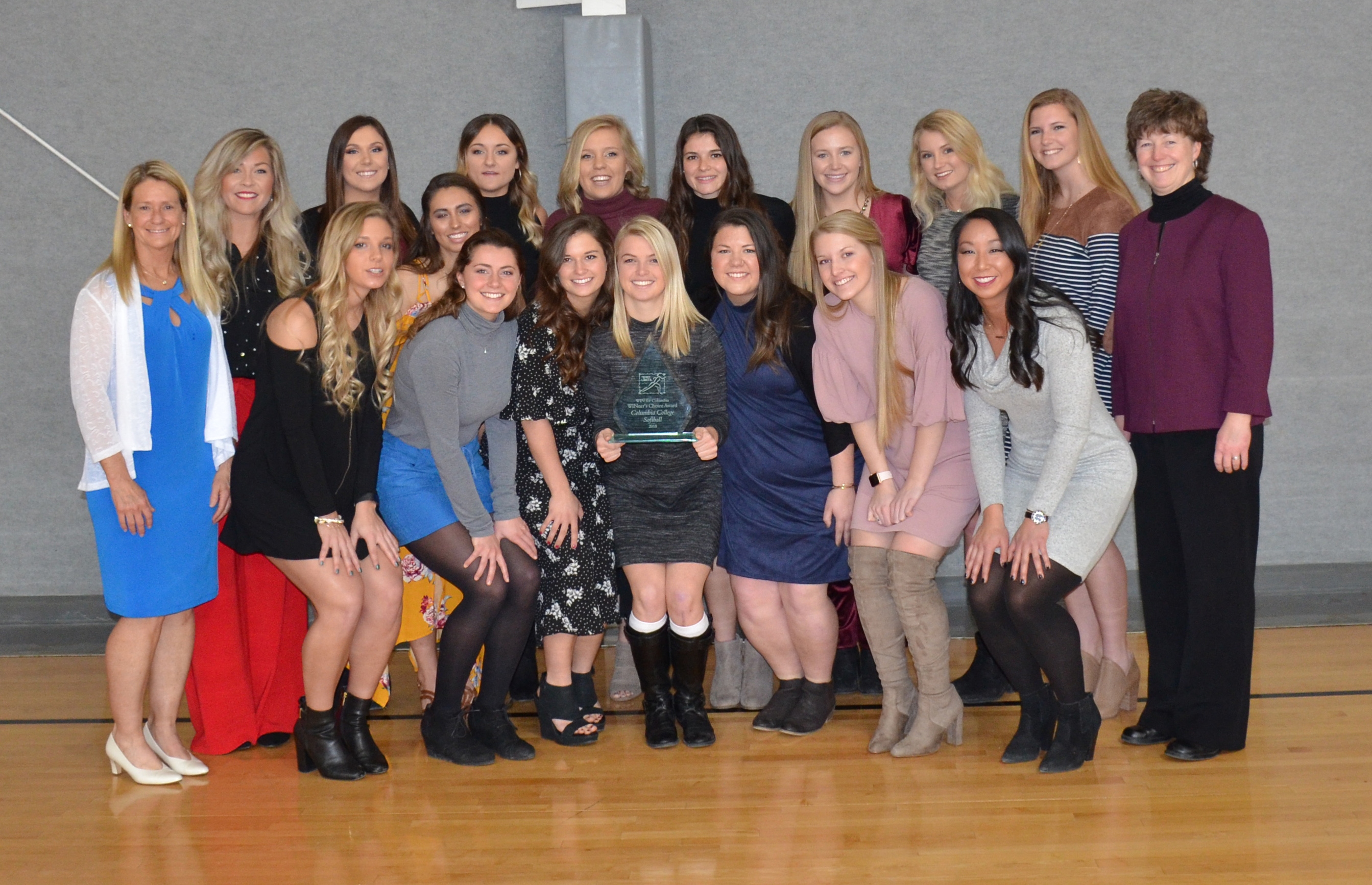 Columbia College softball reached new heights during the 2017 season, posting a 48-7 record and finishing fourth at the NAIA national championships, the best showing in program history. 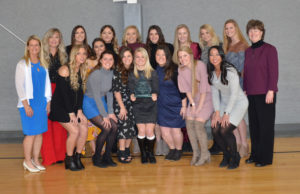 The Cougars were honored for their breakthrough season at the Women’s Intersport Network for Columbia Awards Luncheon in Southwell Complex on Feb. 6, with coach Wendy Spratt taking home the Female Coach of the Year award and the entire team being honored with the WINner’s Choice Award.

“The most important thing as a coach is to teach and demonstrate what is possible. It’s a rewarding job,” Spratt said after receiving her award on the stage at Southwell Complex. “As time goes on, you realize what an impact you make.”

Most of the 2017 softball team was on hand to receive the WINner’s Choice Award, which was also presented to the Rock Bridge tennis team.

Pitcher Lauren McCroskie, who went 22-2 as a senior pitcher on the team, said the impact of Cougars softball goes beyond the diamond.

“We’re more than a good softball program. We’re a family,” McCroskie said. “Each of these girls and coaches are willing to go the extra mile on and off the field for you. There’s nothing better than that.”

Softball graduate assistant coach Jordan Logan, who was instrumental in the success of McCroskie and fellow pitcher Paxton Welch last year, was one of the three nominees for Mentor of the Year, which went to fitness instructor Betty Bohon of Wilson’s Fitness.

Three Columbia College athletes also earned nominations for WIN awards. Softball player Carly Spalding and track athlete Abby Stricker were both up for Collegiate Sportswoman of the Year, which went to Missouri runner Karissa Schweizer. Spalding was a first-team NAIA All-American as a senior and set single-season program records in stolen bases (57) and hits (95). Stricker won the NAIA outdoor track and field national championship in the long jump, the first individual national champion in Cougars history.

Ebony Kimmins, a freshman on the Columbia College track and field team, was also nominated for High School Sportswoman of the Year for winning two medals at the state meet with Hickman High School this past spring. Rock Bridge swimmer Nicole Williams won the award.

President Scott Dalrymple welcomed visitors to the event, and Ila Borders served as the guest speaker. Borders, the first woman to pitch in, and win, a men’s professional baseball game, shared a message of chasing your dreams, never giving up and never being afraid to fail.

“When you have a defining moment, do it right,” Borders said. “Don’t let all that outside stuff keep you from following your dreams. Step up to the plate.”

WIN for Columbia promotes athletic participation by women and girls and looks for ways to increase athletic opportunities for females in the Columbia area.