Anyone who has lived in Columbia, Missouri, has probably heard about Wendy Swetz. Her glamorous Escalade and chic real estate signs for “The Company” are hard to miss. After many trials and tribulations, the 1999 Columbia College graduate has made a name for herself in a tough industry. 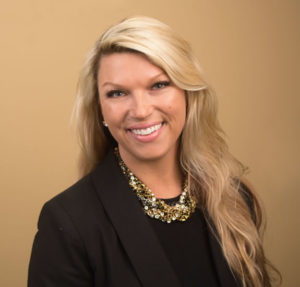 As a small-town girl from Hermann, Missouri, Wendy didn’t want to move to Columbia — a “big city” — after her parents divorced. After getting pregnant in high school, deciding where to go to college was an easy choice — Columbia College had night school, and the University of Missouri did not. She entered into the criminal justice program and earned both her bachelor’s and master’s degrees in 1999.

“Wendy was always a great student. She prioritized her family and prioritized her education and was really successful because of that,” said Dr. Michael Lyman, one of Wendy’s criminal justice professors.

Though she ended up going into a field unrelated to her degree, Wendy is still grateful for her education.

“College is putting your time in and showing people that you can do it. That’s what sets you above the bar of a regular person,” she said. “I think that the type of caliber of a person that it takes to go to college and finish, they’re more than likely to be successful.”

Swetz didn’t always know that she would become a real estate agent. In fact, she initially thought she was going to go to law school and become a lawyer, but things didn’t quite work out that way. While getting her degree at Columbia College, she worked as a bartender some evenings and as a nanny during the day. 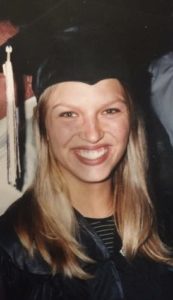 After graduating, she was approached with an opportunity to work for a mortgage company. She took the job, but with a few caveats, one being that she would get to pick her son up from school every day at 3:30 and the other that she would have spring and Christmas breaks off.

She told them, “I guarantee you even if I was working 25 hours a week, I’d work circles around someone working 60. I would get my job done if I had to take it home. They said OK.”

With a new, unexpected career path, she continued in the mortgage business for eight years. Eventually, Wendy worked her way up to become a loan officer, going from a salaried position to self-employment.

“It was the most terrifying day of my life. I had a son to take care of,” she said. “But I believed in myself. I took the leap of faith, I prayed, and I never looked back.”

It was smooth sailing for a while, and Wendy bought the mortgage company she had worked for. Soon after, the Great Recession hit. People weren’t interested in getting loans, much less refinancing their homes. This led to the decision to get her real estate license, as people who were downsizing would need someone to help them find a new home.

“So, I just changed my career path, and I really haven’t looked back,” Wendy says.

With features in Inside Columbia and Top Agent magazines, Wendy has become one of Columbia’s great success stories. She has battled adversity and navigated her way through tough markets.

“You find your road and your passions, and doors open and close for reasons,” Wendy says. “I truly believe that.”