Making a career out of gaming 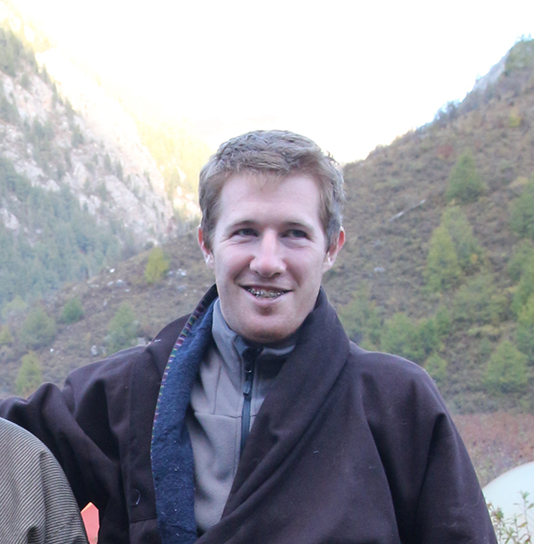 Meet Robert Schmidt, a Columbia College graduate now living in China and working for Ubisoft. Over a three-part Q&A series, our career and education resources website Ready.Aim.Hire interviewed Schmidt about his experience living in China, his work, his thoughts about gaming and how students today can find success.

Read all three parts of the Q&A here:

Read on for excerpts from the interview…

Introduction
My name is Robert Schmidt. I was a student on Columbia College’s main campus in Columbia, Missouri, from 2007 to 2009. I finished up my degree in the online program in May 2013, with a Bachelor of Arts in General Studies. I worked in medical records from 2011 until the end of 2013, when I enrolled in an MBA program with Webster University. I started classes at the campus in Chengdu, China through the University of Electronic Science and Technology of China in 2014 and finished my degree in summer 2017.

After arriving in Chengdu, I also got a one-year internship with the Ubisoft studio and have been working here for almost four years now. After completing my internship, I was hired as a project assistant in the Casual Games Department. This is part of the project management career path, and my main focus was to assist the producer of our project/game in the day-to-day management of the team. I worked in this position for two years and was promoted to project coordinator in early 2017. This position is usually responsible for small-scale games or a specific feature of a game. In September, I transferred to a new department and also changed position to project manager. This is a design and marketing position and not involved in the management of the team.

How did you align your undergraduate degree with your career goals?
When I was on the Day Campus, I was in the political science program. In many ways, I found what I learned there to be incredibly useful. For example, you’d think that political science would have nothing to do with my current job in marketing, but actually it was incredibly useful and relevant. Political science is mostly the study of people and behavior and explaining why organizations or societies act the way they do by finding the cause. Marketing is almost the exact same. In political science, the product is to create a new policy or perhaps an NGO (non-governmental organization) to solve that problem. In Ubisoft, we’re creating a video game to solve a “problem.”

When did you know you wanted to work in the gaming industry?
To be honest, I wanted to work in the computer hardware industry or the automotive industry. It was part of why I came to Chengdu, as they have many research and manufacturing facilities for those. Unfortunately, they usually require engineering degrees and prefer that you are fluent in Mandarin. Since I don’t have either of those, I got lucky enough to get the internship with Ubisoft. I am a gamer, and I was very familiar with the company, but didn’t think it was what I wanted to do.

What is a typical day like for you?
Work “starts” at 9 a.m. here. But it’s quite laid-back and relaxed, so as long as we arrive by 9:30 for our morning scrum meeting, it’s not an issue. About 6 p.m. is when work ends but, since our headquarters The Ubisoft office in Chengdu
(Photo submitted by Robert Schmidt)

are in Paris, we often stay later to have calls with them. There are many parks and rivers nearby, so it’s nice to walk around. I’d say the nicest thing about living in China is that you can walk pretty much anywhere and feel comfortable doing it. If you are walking down Stadium Boulevard in Columbia, for example, you’ll feel a bit awkward, I think. Just imagine the area around the stadium during a Mizzou football game going on, and that’s what Chengdu is like all day long.

On the weekends, it’s nice to get out of the city and go to some of the smaller towns/cities around. They have high-speed trains to many places so you can get to Chongqing (the largest city in western China) in about 1 1/2 hours by train. It’s about the same distance as St. Louis to Kansas City (Missouri needs to get one).

What kind of projects do you typically work on?
I previously worked on casual games for console, so I worked on the Hasbro Game Channel, Scrabble, UNO, some bundle packs and Wheel of Fortune. I also helped out on some projects like Valiant Hearts and a Facebook game: Smurfs & Co. 2. Most recently, I’m working on a project I can’t talk about, but it’s by far the most exciting project I have ever worked on.

What advice would you give to potential students about following their dreams?
In project management, our job is to break down a whole project timeline into more manageable work units. If my goal is to create a board game on PlayStation, I can’t just say, “OK, let’s go make the game.” I need to set up stages of the project and clarify what must be done at each stage. A night view of Chengdu
(Photo submitted by Robert Schmidt)

My advice about following dreams is to first find out what is needed to achieve those dreams — if you don’t know, then ask people in the industry until you find out. Second, get started on the first step as soon as you can. Even if you don’t know the final steps, being started on the first gets you moving down the road. Last of all, if you realize it’s not what you thought it was, don’t be afraid to stop and try something else.

It’s the same as graduating from college. It’s a lengthy process that takes years, but fortunately it’s broken down into classes and semesters so you can track the progress. You also have advisors and professors everywhere to help you along the way. Your first year, you may have no idea what degree you want, and it’s not important to know, either. The important thing is that you are taking the prerequisite classes and moving toward the degree.

The winter issue of Columbia College’s Affinity alumni magazine featured an inside look at the college’s computer science program on pages 20-21. Click here to read  a digital copy of Affinity.