Schiffman Ethics Lecture focuses on matters of the brain 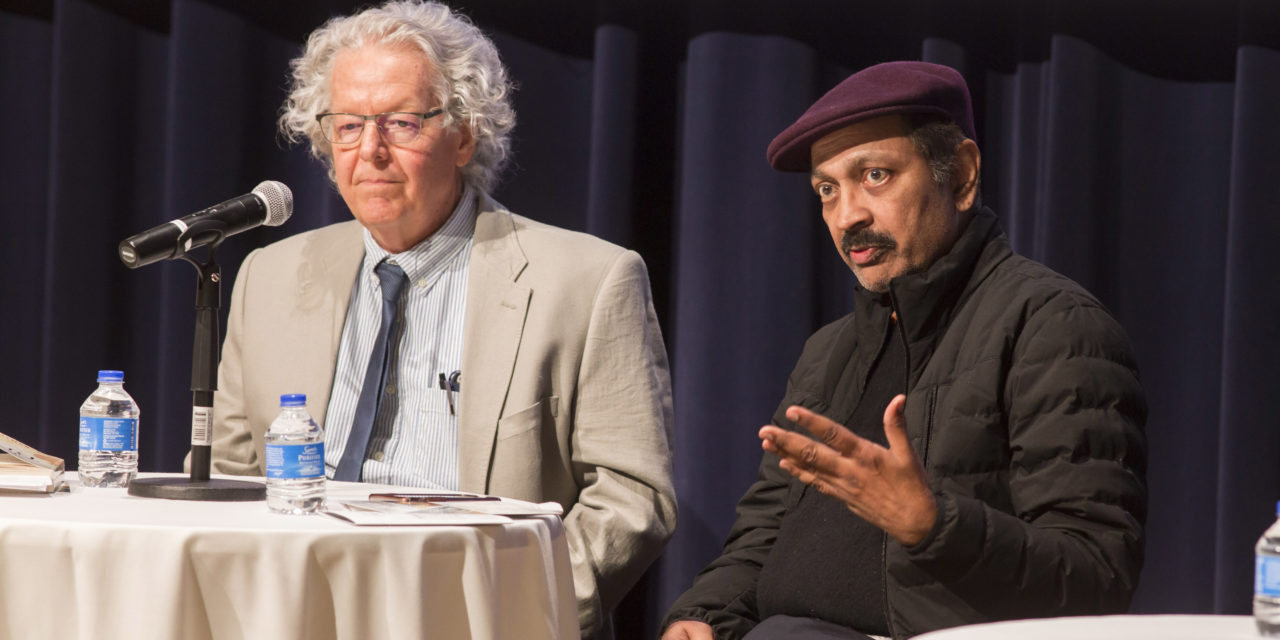 It didn’t take long for Columbia College President Scott Dalrymple to discover an important truth about Dr. Vilayanur Ramachandran, this year’s guest for the Althea W. and John A. Schiffman Ethics in Society Lecture. 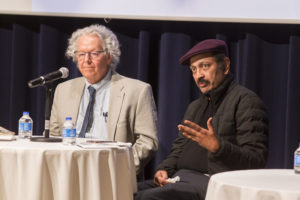 “He is one of the most fascinating people that I have met,” Dalrymple told a crowd of around 250 people in Launer Auditorium while introducing Ramachandran’s lecture on the evening of March 6. “I told him that I wish he had been my professor. For an educator to say that to another educator, I meant it as a very high compliment.”

Dalrymple came away with that impression after getting the chance to pick Ramachandran’s brain during a tour around campus, a question-and-answer session and a reception earlier in the day. Which makes sense because Ramachandran, an internationally renowned neuroscientist, has made a career of picking people’s brains in a less figurative sense.

Ramachandran, a distinguished professor in the neuroscience program and psychology department at the University of California-San Diego and an adjunct professor of biology at the Salk Institute for Biological Studies in La Jolla, California, has devoted his life to revolutionary work on how humans’ brain chemistry dictates how they behave and function. His 2011 book, The Tell-Tale Brain: A Neuroscientist’s Quest for What Makes Us Human, earned New York Times best-seller status, and Time magazine named Ramachandran one of the 100 most influential people in the world that same year.

Ramachandran’s work focuses on rare, abnormal cognitive symptoms in patients, and how the roots of aberrant behavior that have puzzled us for centuries could come down to science rather than philosophy.

“All these problems that have been puzzling all of us for the longest time can start to be explained by experimentation,” Ramachandran said during his hourlong lecture. “They’re only a function of the brain.”

The annual Schiffman Ethics in Society Lecture started in 2003 thanks to a gift from former trustee John A. Schiffman in memory of his wife, Althea, a 1941 Christian College graduate who also served on the Columbia College Board of Trustees. The series, which has brought notable speakers such as politicians, journalists, scientists and activists to campus, is aimed at engaging students, faculty, staff and the Columbia community in discussions about ethical issues in contemporary society.

Dr. Anthony Alioto, the college’s Schiffman Chair in Ethics, Philosophy and Religious Studies, said Ramachandran’s work gets at the foundation of our ethical considerations as humans.

“Ethics comes from our consciousness,” Alioto said. “We have to really look at what it is to be human: the ability to imagine, to think.”

Alioto is teaching a seminar based on Ramachandran’s work during the spring semester, and his students got the chance to interact with the neurologist in a more intimate question-and-answer session, moderated by psychology and sociology professor Dr. Graham Higgs, the afternoon of his lecture.

During the session, the discussion centered largely on Ramachandran’s research into “mirror neurons,” which show a physiological response in the brain both when a person is feeling a sensation and when he or she is witnessing another person feeling the same sensation.

Ramachandran colloquially refers to them as “Gandhi neurons,” because they help us feel empathy. The phenomenon has only been observed in humans, some primate species, elephants, dolphins and whales. It also has a more practical purpose.

“They started out as regular sensory motor neurons then, as time goes on, got more sophisticated. They evolved through social interactions with humans and other primates,” Ramachandran said. “They allow you to infer intentions of other people and make predictions about impending actions to allow you to take pre-emptive measures.”

Ramachandran has also undertaken groundbreaking research in treating phantom limb sufferers by using, quite literally, mirrors. Patients with phantom limbs feel as if their amputated limbs are still attached, even to the point where they feel pain in the missing limbs.

Ramachandran’s research found that patients can take steps to alleviate such pain by utilizing mirrors and mirror neurons. For instance, a patient who is experiencing pain in his amputated left arm can be soothed for a period by watching as another person’s left arm is massaged. Similarly, if someone performs a massage on his right arm while a mirror is positioned in a way that makes it appear as if it is his left — so, a mirror placed where his left arm used to be — it can soothe his pain.

“The standard way to talk about these sorts of people for all these years has been, ‘Well, they’re crazy,’” Ramachandran said during his lecture. “But that’s always a cop-out. When people say something ‘sounds crazy,’ to neurologists it just means, ‘You’re not smart enough to figure it out.’”