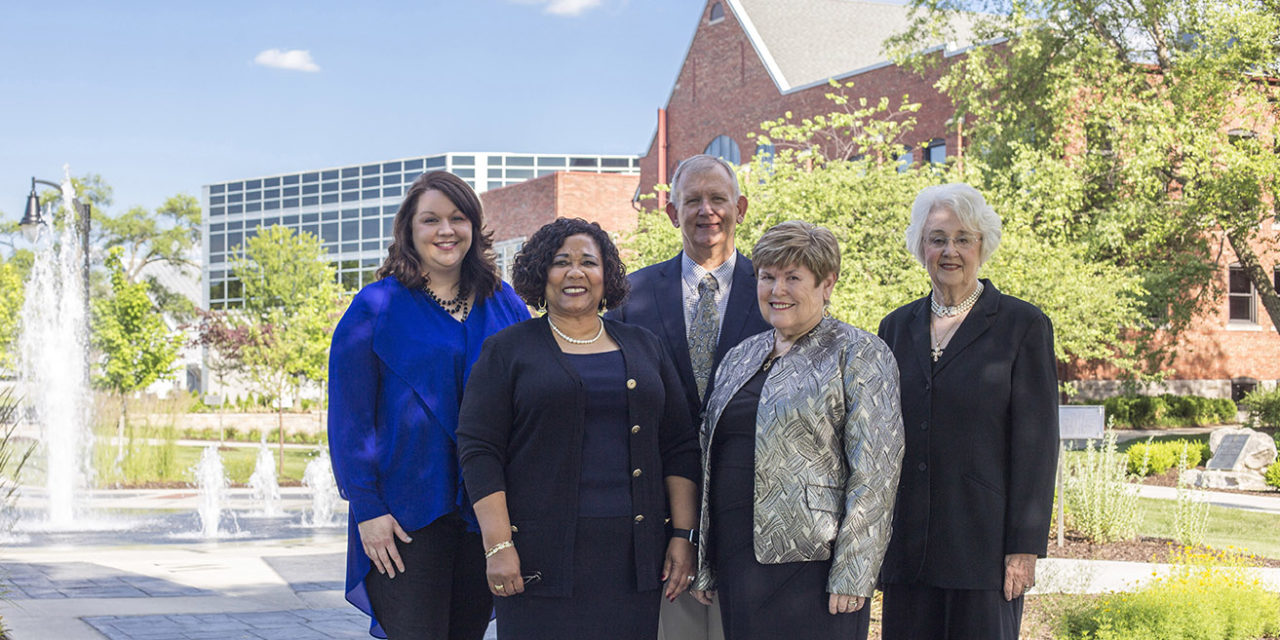 There are people in the world who strive to make life better for others. They are educators, volunteers
and leaders. They are kind, inspired and devoted. They are Columbia College alumni.

This year, five outstanding award recipients were recognized for their above-and-beyond dedication to their communities at the Columbia College Alumni Association Awards Banquet on June 1. Below are the stories of each of these special individuals and the impact they make on the lives of others every day! 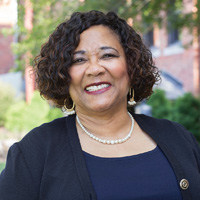 When Russana Jackmon-Rowles was a high school student, a counselor told her she wasn’t college material. Her parents, however, knew the importance of getting an education and encouraged their daughter to apply. She enrolled in the Columbia College Day Campus with the goal of following in her mother’s footsteps. Her mother was a social worker and Head Start teacher during the era of President Lyndon B. Johnson’s “War on Poverty.”

After receiving her bachelor’s degree in Social Work at Columbia College, Russana went on to earn a master’s degree in Social Work at the University of Missouri-Columbia. In 1984, Russana and her husband, Eddie, were both offered positions with Veterans Affairs in Los Angeles. Russana accepted the position as medical social worker. She worked with veterans to help them navigate the system, finding appropriate health care facilities, filing claims for disability and getting housing and medical care.

In 1988, Russana began a 22-year career with the Los Angeles Unified School District. As an administrator for the LAUSD School of Mental Health, she developed and implemented counseling services for more than 1,500 students in special education services and supervised more than 90 social workers, psychologists and psychiatrists. She now serves as a clinical associate professor at the University of Southern California School of Social Work where she coordinates the military social work specialty, training students to work with the military and their families.

Russana has won several awards in her field, including the Marion McCammond Social Worker of the Year award, which she received while at the LA Unified School District, and the City of Los Angeles Certificate of Recognition for her coordination of the program “Unsung Black Military Heroes.” 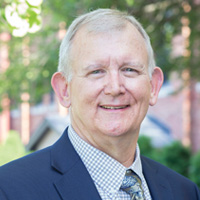 Doug Templeton knows first-hand how working with horses can benefit kids. “I’ve seen kids say their first word on horseback,” he says. “I’ve seen kids whose doctors said they couldn’t walk and are now able to walk with a cane.”

Doug and his wife, Evelyn, live on a ranch in Stewartsville, Missouri. After learning about the benefits of equine therapy, the couple worked with other volunteers to establish SpiritHorse of Broken Creek Youth Ranch in 2009. A non-profit organization, the ranch provides certified equine therapy for young people who range from 18 months to 18 years old. Instructors at the ranch help kids learn new skills through riding and interacting with the horses.

Participants have a variety of special needs, including autism, cerebral palsy, attention deficit disorder and behavioral issues. Doug says the program is funded completely by donations and grants so that the families can utilize the service at no cost.

“Equine therapy isn’t covered by insurance companies,” he says. “Many of these families are already dealing with large medical bills and wouldn’t be able to afford another therapy on top of that.”

Doug spends his spare time taking care of the facility and horses and helping clients when the instructors need an extra hand. When he’s not taking care of ranch duties, he also works as the facility IT director at Connection Point Church in Raytown, Missouri. While working full-time as a wholesale regional director for Goodyear tire company, he completed his bachelor’s degree in Business Management from Columbia College-Kansas City in 2012.

For significant contributions and service to Columbia College 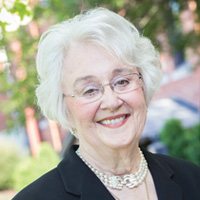 Helen “Dale” Coe Simons has a long family tradition at Columbia College. Her mother was in the class of 1938 at Christian College and supported Dale’s decision to attend. Dale’s time as a student opened opportunities for a quality education, learning servant leadership skills as campus community government president and the importance of civility and respect in all aspects of life.

After graduating from Christian College in 1965 with her associates degree, Dale went on to earn her bachelor’s degree in Government and History at the University of Texas at Austin, marry her childhood sweetheart and raise three wonderful children in Longview, Texas.

Dale has spent her life in serving others and helping them improve their lives through her volunteer work on 34 local, state and national nonprofit boards. One of her proudest moments was accepting a position on the Columbia College Alumni Association Board of Directors. “It was like coming home,” she says.

Dale assisted in the reorganization of the Alumni Association, serving as its president and raising awareness to all alumni of its valuable contribution to the sustainability of Columbia College.

In 2012, she joined the Columbia College Board of Trustees and was elected vice chair of the board in 2015. She continues to apply the servant leadership skills that began as a student at Christian College and pushes for strategic goals that will sustain and improve the lives for both traditional and nontraditional students. With all of the changes that Columbia College has experienced over the years, Dale says she’s proud to know that this college stays true to the traditions and values she remembers from her college days.

For displaying a spirit of courage in daily life 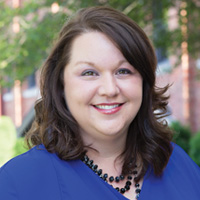 Ann Cross-Fleury has spent much of her life dealing with health challenges. As a child, she had scoliosis and had to undergo spinal fusion surgery. The care that she received as a patient at Shriner’s Hospital made a huge impact on her.

Her passion to help people became a common thread in her life. Ann graduated from the Columbia College Evening Program in 2004 with dual degrees in Criminal Justice and Forensic Science. One year later, she graduated from the Missouri Highway Patrol Academy and served as a trooper in the Missouri State Highway Patrol. When her health issues prevented her from staying in that job, she switched gears and found a new career. She completed training with Merck Pharmaceuticals and became a sales representative to help people get access to life-saving medicine.

In 2011, after a routine surgery to repair a hernia and remove her gallbladder, Ann suffered massive internal bleeding that nearly took her life. She underwent exploratory surgery to find the source, and in 13 hours, received 60 units of blood products.

As she began the long recovery process, Ann continued to find ways to use her story to help others. She’s given motivational speeches as an advocate for blood donation for the Red Cross and Community Blood Center of the Ozarks. She also spends time raising money for the organization that is still close to her heart – Shriner’s Hospital.

Today, Ann is also giving the gift of her time by homeschooling her children – Ava, 10, and William, 8. She says she hopes the most important lesson she teaches them is to have empathy. “Everyone has challenges in their lives,” she says. “We were able to overcome ours with the strength of our family, friends and prayers.” 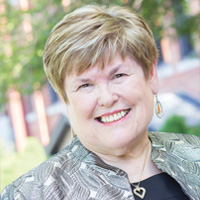 As a child, Lynne Stuver Baker loved to babysit and teach vacation Bible school. Her dad mentioned that she might enjoy a career as a teacher. “He was right,” she says. “Education was a natural fit for me. I love working with kids.”

Her parents also had a feeling she would enjoy going to Christian College. Lynne had grown up in a small Missouri town before moving to Johnson County, Kansas. They were right.

After 48 years working in education, Lynne retired in 2014 to start her own counseling service. Today, she operates a counseling service called Heart to Heart Counseling on a no-pay/low-pay basis which is open to all ages, both couples and individuals, regardless of ability to pay. She and two other counselors donate their time to provide counseling at their church.

In addition to counseling, Lynne devotes much of her time volunteering at Columbia College. She has served as an Alumni Association board member and is a member of the Board of Trustees. She attends meetings and events several times a year on campus and loves to talk with students and staff about their experiences at the school.

Nominations for the 2019 Alumni Awards and a list of past alumni award recipients is available at
www.columbiacollegealumni.org/alumniawards.