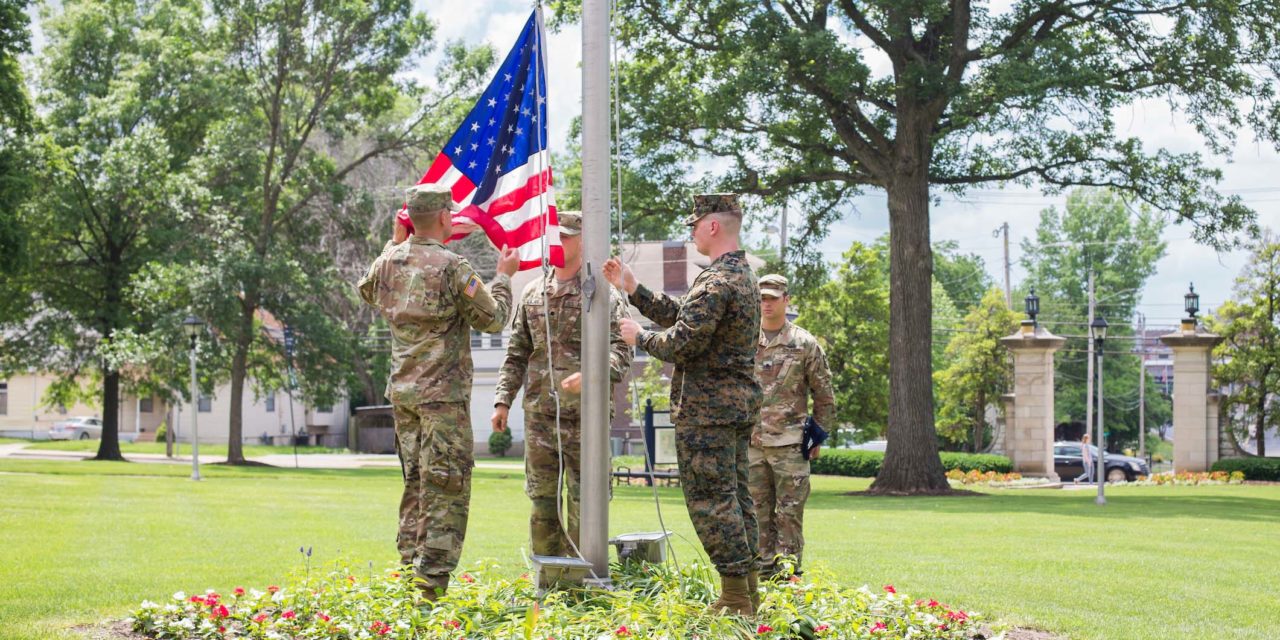 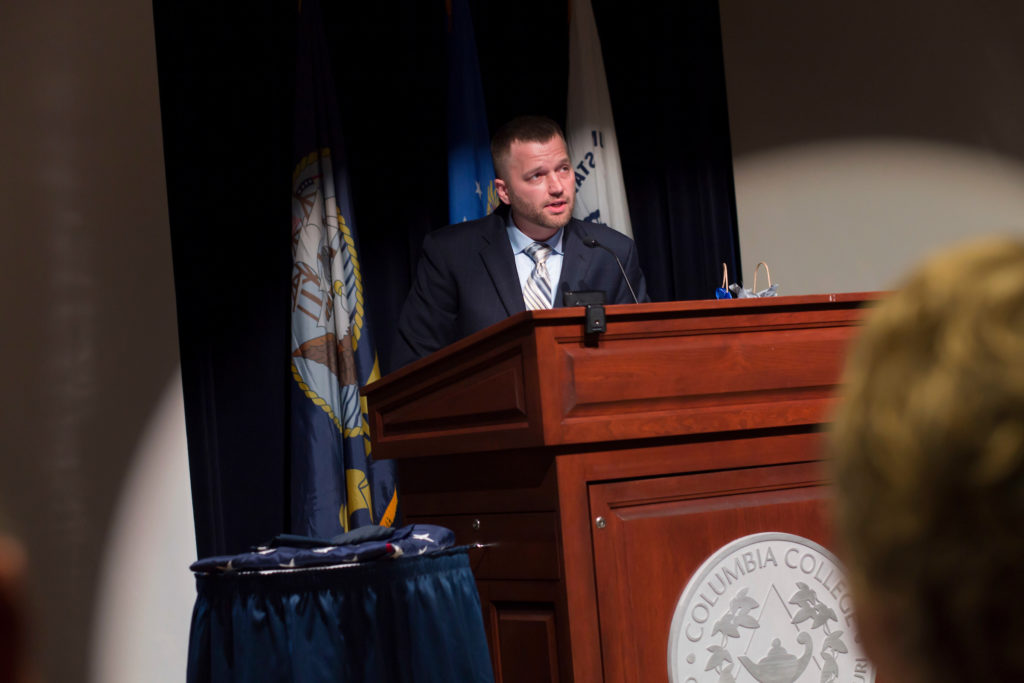 “Disciplining yourself, giving to others and when times get tough, don’t do it for you, do it for someone else,” he said.

Canine served in the Army and was deployed to Iraq in 2008. On May 17, 2009, he was severely injured by an Explosive Formed Projectile (EFP) and lost both legs from the knee down. After hearing about his story, the Homes for Our Troops organization selected him to receive a wheelchair accessible home to make his recovery easier. Homes for Our Troops is an organization dedicated to building custom homes for injured post-9/11 veterans, with stories not unlike Canine’s. After receiving their help, it inspired him to pass on the goodwill and he raised over $100,000 to support other veterans in need.

Despite this good fortune, there was still a long way to go on the road to recovery. As he traveled along that road, Canine began his education at Columbia College as a student in the Day program. It was during that time that he had a breakthrough, and through the support of his peers and professors, many little things began to add up.

“I remember in Dr. Schuler’s economics class when the lightbulb really came on for me,” Canine said. “I like to call it a combination of micro changes that compound over time to create a macro effect.”

In addition to Canine’s inspiring story, Military Recognition Day honored Columbia College’s more than 8,400 service members, veterans and their family members nationwide through both the scholarship presentation and the ongoing support of the Ousley Family Veterans Service Center.

Keith Glindemann, director of the Veterans Service Center, is particularly dedicated to contributing to the success of Columbia College military students.

The ceremony also included the inaugural presentation of the Alan Harris Missouri Veterans Assistance scholarship. The first award was given to Day program student Brenden Holmes. The Navy veteran says that the school worked with him as a veteran to help position him for success.

“I always had a really positive interaction with all the veteran outreach people at Columbia College,” Holmes said. 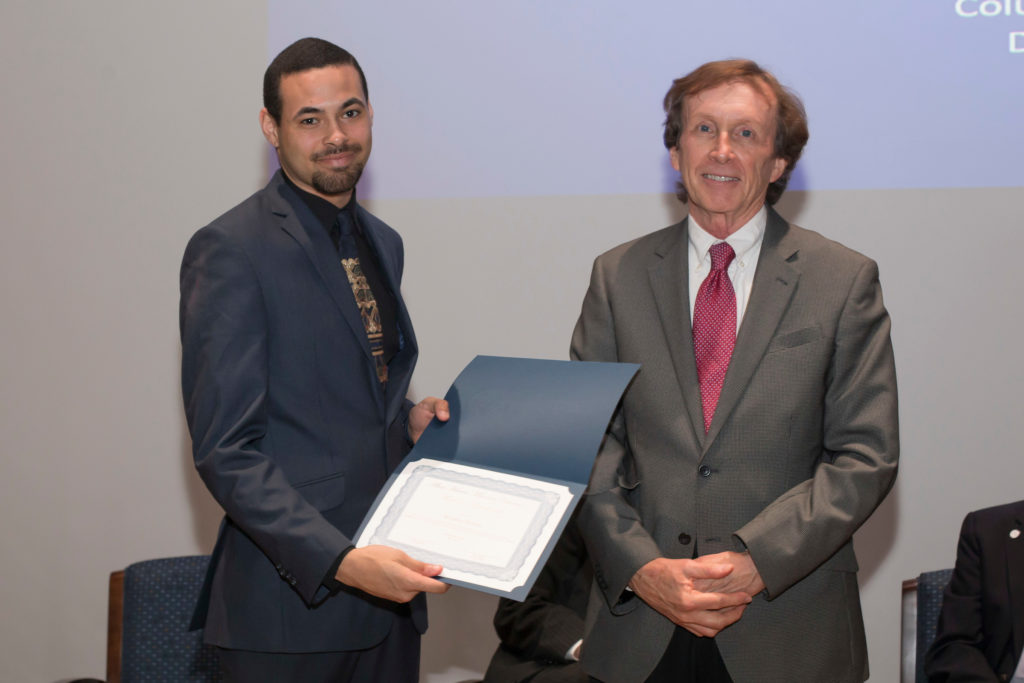 The scholarship’s namesake, Alan Harris, a 1987 alumni, attended the ceremony as well, and presented the first of what he hopes are many future scholarships.

“I’m honored to be part of a tradition that we’ve seen today with the scholarships, the appreciation we have for veterans, and we want to help someone similar to where I was when I was in school here,” Harris said. “A little bit of extra support helps financially. I’m honored to help someone else.” 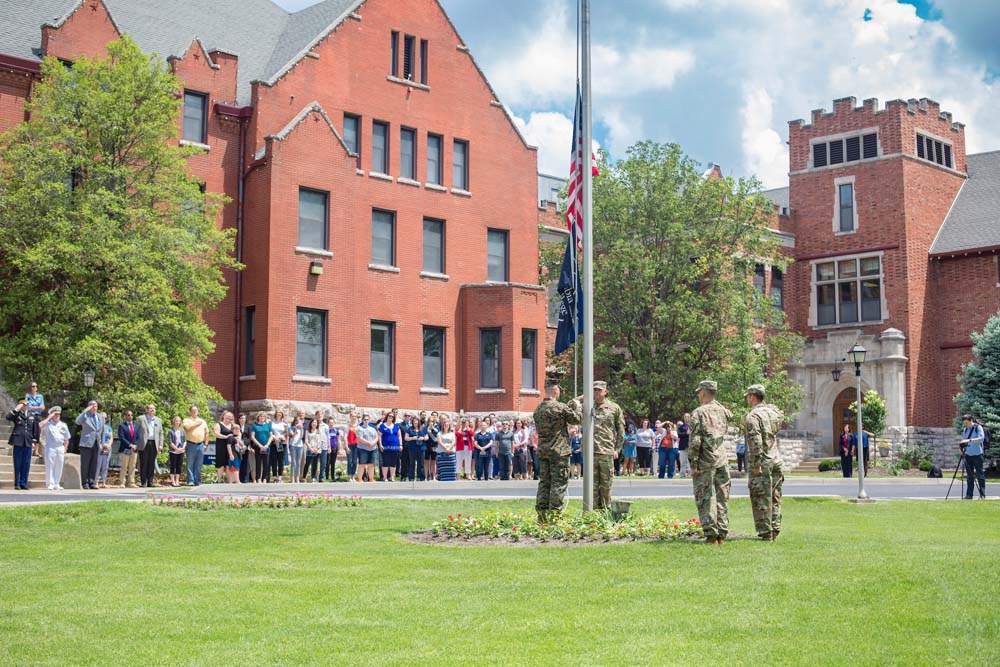 Attended by more than 140 students, faculty, staff, veterans and community members, the event concluded with the raising of the American and Columbia College flags on Bass Commons. (Photo by Kaci Smart)

Attended by more than 140 students, faculty, staff, veterans and community members, the event concluded with the raising of the American and Columbia College flags on Bass Commons and the playing of taps. The flag detail was comprised of four Columbia College students and alumni including Army Sergeant Will Lalka, Marine Corps Corporal Landon Miller, Army Sergeant Joey Cameron and Army Staff Sergeant Jonathon Weischedel.