Criminal Justice program prepares those who plan to protect and serve 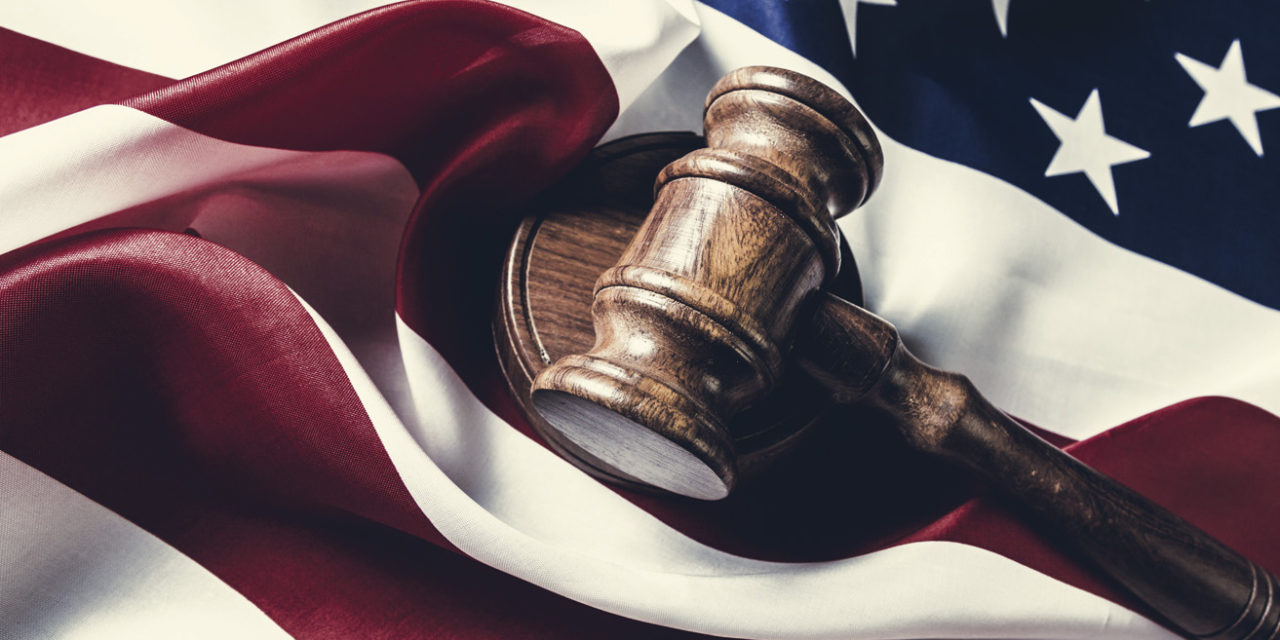 Three men in floor-length black robes entered the Bixby Lecture Hall through the back of the room, chatting amiably amongst themselves as they descended the stairs toward the front. On the stage at the front of the hall, another man stood up from his seat and said, forcefully, “All rise! Oyez! Oyez! Oyez!” Court was in session at Columbia College.

On April 10, three judges from the Western District Missouri Court of Appeals heard arguments on four cases in front of a crowd of about 115 Columbia College students, faculty, staff and other curious community members in the Brouder Science Center’s Bixby Lecture Hall. The cases, judges and lawyers were all real. It was a regular court session, just held in a more educational setting than usual.

“It’s an honor for us to be here today. We like to go to the various colleges that are within our district,” said chief judge Mark Pfeiffer. “This is our maiden voyage at Columbia College. We hope that this will become a tradition for many years, to come back here.”

The panel heard arguments on cases ranging from unlawful removal of trees on a rental property to whether using someone else’s debit card to buy candy and punching in their PIN code constituted a forgery. During a break in the middle of the cases, the judges circulated amongst the audience, answering any questions that had come up.

“If somebody indicates they’re interested in being a lawyer and asks, ‘What should I do,’ most [law professors] would tell you, ‘Go watch lawyers, in a courtroom,’” Pfeiffer said. “You’re going to see some things you like and want to emulate, and other things that you don’t like, things that you’d do differently. This is one of those opportunities for Columbia College students. For those of you who are giving some consideration to the idea of pursuing a legal career after you graduate, I hope this is a helpful opportunity for you.” “It’s a wonderful opportunity to see a branch of government in action that most people know very little about,” he says. “This is a really good opportunity for those who are planning to go to law school to see their future.”

Langford says the students that the criminal justice program attracts run the gamut, from younger students using their undergraduate education to set themselves up for law school, to working police officers who want to go back to school and earn their degrees to increase their chances for career advancement.

“They’ll get a well-rounded liberal arts education,” says Langford, who is an associate professor of criminal justice administration and has been department chair since 2002. “They’ll know how to write and express themselves verbally. They’ll know how to think critically about issues. They’ll be aware of what’s going on currently in the field.”

Columbia College began offering its crime scene investigation certificate program in 2008. Around that time, the CSI stable of television shows was cresting in popularity, with the original franchise, as well as Miami and New York spinoffs, routinely coming in at the top of the ratings charts. Langford saw a great deal of interest in the program from the start. As the shows’ popularity waned, though, Columbia College’s offerings maintained their pull. Associate professor Barry Langford has been department chair for Criminal Justice Administration and Human Services since 2002.

Out of the department’s population of undergraduate Day Campus students, Langford estimates that about half of them are earning their CSI certificates. Though the forensic science major at Columbia College is now housed in the School of Natural Sciences and Mathematics, those students still work closely with the criminal justice department on their CSI certifications.

Forensic science students get intensive tutelage in the fields of biology, physics, chemistry, criminal justice and law in order to go into professions that involve examination of physical and trace evidence, DNA, toxicology, latent fingerprints and more.

“With the CSI certificate, we’ve had to make sure we had the faculty and courses necessary to teach that,” Langford says. “A lot of our curriculum has stayed the same in terms of the courses that we teach, but we modernized them with all the new developments. The crime scene courses, you really need somebody there who not only has education, but they have experience in those areas.”

That’s a theme for the faculty in the rest of the department: instructors with field experience, who can show as well as tell. “That’s another thing that kind of sets our program apart a little bit: the faculty have a lot of experiences,” says Langford, who was an attorney in the private and public sector before moving to academia. “Most of our full-time faculty has some past experience in criminal justice.”

Among all the criminal justice majors at the main campus, Nationwide locations and in the Online Education program, Langford estimates that about half end up going into law enforcement at the federal, state or local level. About a third, Langford says, will end up following the human services track and go into professions that help troubled populations, such as juvenile officers, probation officers or counseling.

A healthy proportion of the nontraditional, adult students in the school already have jobs in law enforcement but want to earn their degrees in order to make themselves more attractive candidates for promotion up the administrative ranks.

For current law enforcement professionals coming back to school to earn their degree, Columbia College offers the Partners in Law Enforcement and Partners in Corrections programs. The school awards up to 24 credit hours to students who have already completed a qualifying police or corrections academy, giving those students the ability to complete their degrees quicker and save on tuition.

“There are also a lot of military people who come and want to get their degree after they’ve served. Law enforcement is kind of a good second career for military people,” Langford says. “It’s the same type of person who usually gravitates toward criminal justice: somebody who is interested in public service, who has the values of a criminal justice major.”

Landon Miller ’18 was one of those military students transitioning back into civilian life when he enrolled at Columbia College after serving for more than four years in the Marine Corps Reserves. He had every intention of becoming a police officer, until he took a government class with Dr. Roebuck.

“It showed me some of the potential I had. It showed me that I was interested in law,” Miller says.