Potter appointed to CoSIDA national board; will serve as president in 2021 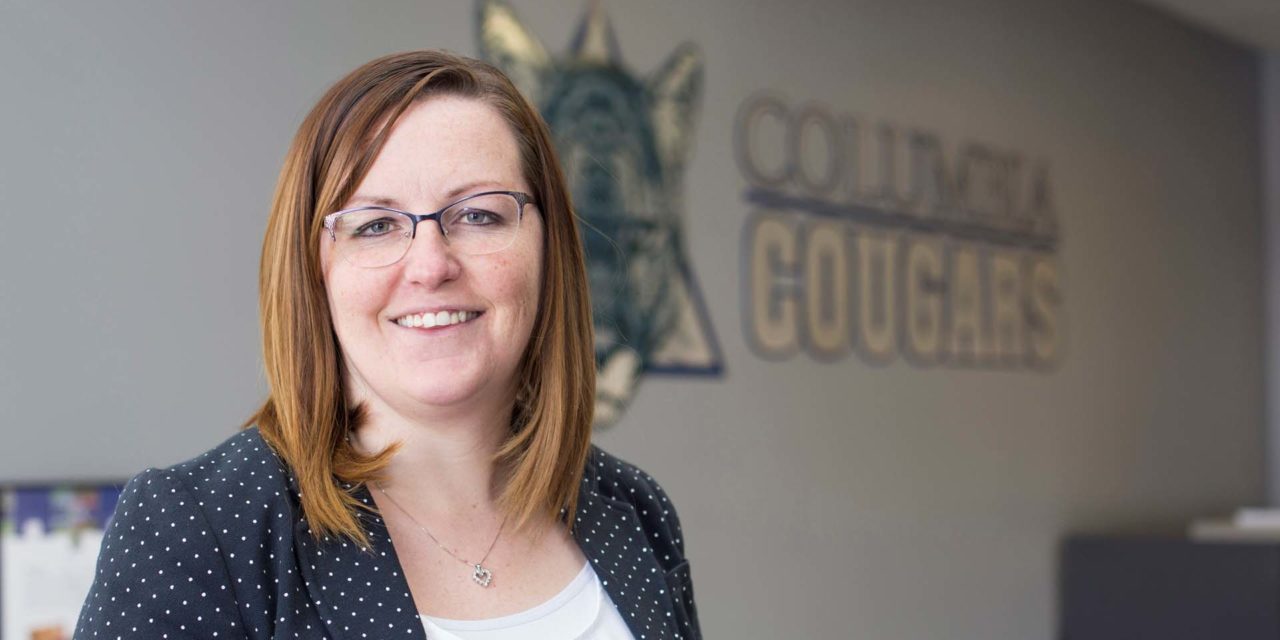 Cindy Potter, Columbia College’s associate director of Athletics for media relations and compliance, has been elected to serve as the third vice president of the College Sports Information Directors of America (CoSIDA) for the 2018-19 academic year.

The announcement by the CoSIDA board, whose members are responsible for publicizing the numerous outstanding accomplishments of their schools’ respective students on and off the playing field, is the latest of many accolades for Potter. The Winnipeg, Manitoba, native becomes the first representative from an NAIA school to ascend into the officer rotation, and is scheduled to serve as the organization’s president – the fifth female to do so in CoSIDA’s 61-year history – for the 2021-22 academic year.

“Serving the CoSIDA members in this role while representing the NAIA and Columbia College is truly an honor,” said Potter. “Bob Burchard was the one who initially gave me the push to get involved with CoSIDA and I cannot thank him enough because my involvement with this organization has changed my life. I’m excited for this opportunity and look forward to growing as a leader in the industry.”

Potter’s appointment marks her second stint on the CoSIDA board; she also served a three-year term as a College Division representative through the 2013-14 season. With her return to the board, she is the first College Division member to serve on the board more than once, and the first female to do so.

A part of the Columbia College family since 2002, Potter served as a captain of the Cougar softball team while still an undergrad. She began her administrative career less than three years later by filling in as the college’s acting sports information director.

“Cindy is committed to professional development and growth,” said Burchard, who hired Potter on a full-time basis in June 2006. “This awesome leadership position is a reflection of her willingness to serve others. She is a role model for so many in the business and will represent Columbia College and the NAIA as an excellent leader of CoSIDA.”

In 2008, Potter received CoSIDA’s College Division Rising Star award for her dedication to the profession. She is also a past president of the board for the NAIA division of sports information directors after serving a three-year role as president. She is a member of the College Division Management Advisory Committee for CoSIDA and serves on various committees for both CoSIDA and NAIA-SIDA.