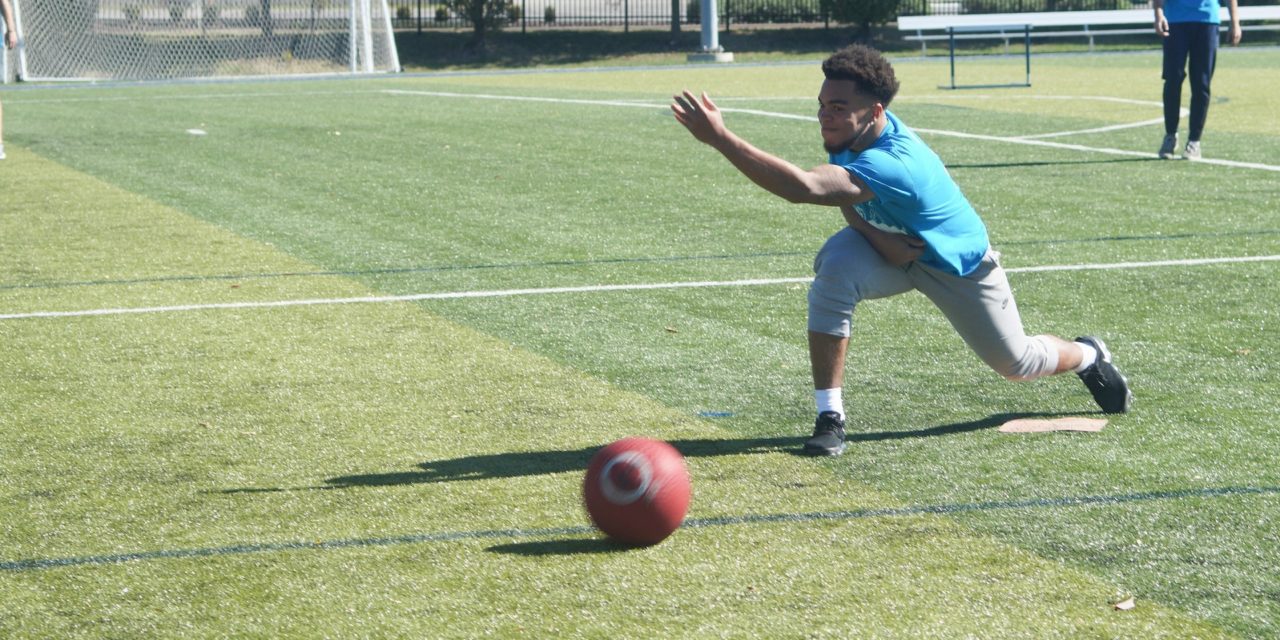 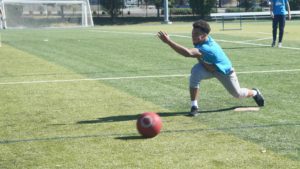 If you walked onto R. Marvin Owens Field on Oct. 28, you would have heard loud music, noticed people playing yard games like corn hole and hillbilly golf and felt the energy of a fun atmosphere surrounding #KickinItForTheKids. The event was a 12-team kickball tournament hosted by Columbia College’s Sports and Event Marketing class. Proceeds of the event benefitted Coyote Hill Christian Children’s Home.

The goal was to raise $1,500 for Coyote Hill, a local non-profit organization that provides a safe home for abused and neglected children. From planning the event to executing it, one thing was clear: This was a rewarding and learning experience for all, and one the students would never forget.

Instructor Brandi Herrman, who has taught the Sports and Event Marketing class for four years, originally had no intentions of the class putting on an event. She thought she would have the class do a different project, yet one class period changed the plan.

“I did an in-class activity and the students started to think about putting on an event and what it took to put on an event.” said Herrman. “Basically, they did a SWOT [strengths, weaknesses, opportunities, threats] analysis for putting on a sporting event as a class discussion. As we were talking about it, they said, ‘That was a lot of fun; we wish we were doing an event.’”

There was no way Herrman could say no. Planning immediately started, and they were given a timeline of six weeks to get everything together. Herrman switched up her syllabus for the semester, and it was full steam ahead.

The class began by breaking into three groups: promotions, sponsorships, and game day operations. Even though they had separate assignments, it was clear to all that they would need to work together.

Ward Mershon, a junior sports management major who led game-day operations, said working together was a key component. “I think we all have learned how to work together by communicating through groups, GroupMe, and different communication apps.”

The class chose Coyote Hill as a beneficiary because one of the students in the class was familiar with the organization. Most of the class had no idea what Coyote Hill did, and once they learned, they were impressed by its mission, especially after touring the facility.

“We had heard about it, but we didn’t really know about it, and it was good to go see what they were actually doing there. We met with some of the kids, we saw all the houses, and we went inside to see the kids which was really cool,” said Michael Bowen, a senior marketing and management major. “It was a really good opportunity for us to kind of see it with our own eyes and get an idea of what we were actually helping out with.”

Bowen went on to say about Coyote Hill, “They’re just a great organization, they do a lot of good for those kids, and you can see it on those kids’ faces. They have a good time while they’re there, they really do make the best out of it, out of a situation that’s obviously not the best.”

For many of the students, this event was a chance to get real-world experience.

“Putting on the event, it’s just kind of interesting to see all the little things you don’t think about when you go to an actual sporting event, like a Columbia College game,” Mershon said. “You don’t really know how much work goes into it until you put on an event like this.”

Marina Heard, a senior human resources major with a minor in business, felt the same way.

“I’ve learned how to work with different types of people, I’ve learned what actually goes into a sporting event. I’ve always gone to sporting events, but I’ve never gotten to see the behind-the-scenes of everything, so that was kind of fun,” she said. “I think we all took away how much effort it takes.”

The hardest part of putting on the event? Getting teams to commit and come out. The class had to weigh the benefits to the $10 cost of participation.

“It’s just getting people here. Getting people to spend money on the raffles and concessions, and keeping people involved once they were here was the most difficult,” said Molly Carter, a senior sports marketing major. “But I think we did a really good job of doing so.”

As for the actual tournament, the Columbia College Men’s Basketball team defeated the Foot Fetishes in the championship, 10-9.

The class felt their hard work was well worth it, and the students were proud they were able to raise $2,000 for Coyote Hill.

The members of the Sports and Event Marketing class thank all of the tournament sponsors, including: Spires Enterprises Inc., Columbia Eye Consultants, Chick-fil-A, Servpro, Diggit Graphics, and Miller, Bales & Company and others. Thanks to everyone who came out to support #KickinItForTheKids. 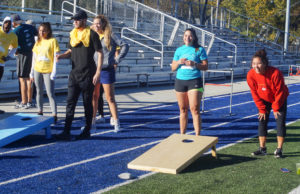 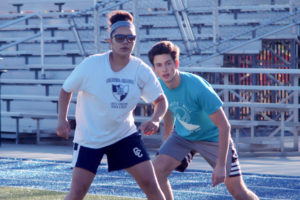 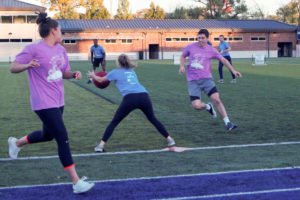 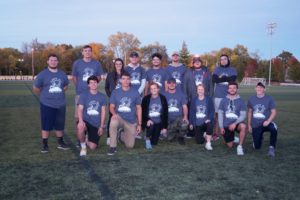 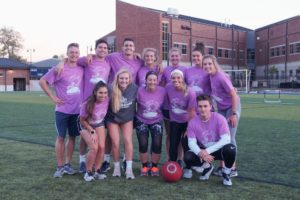 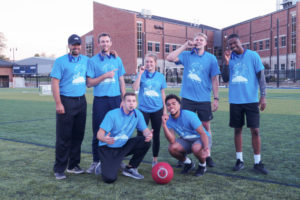