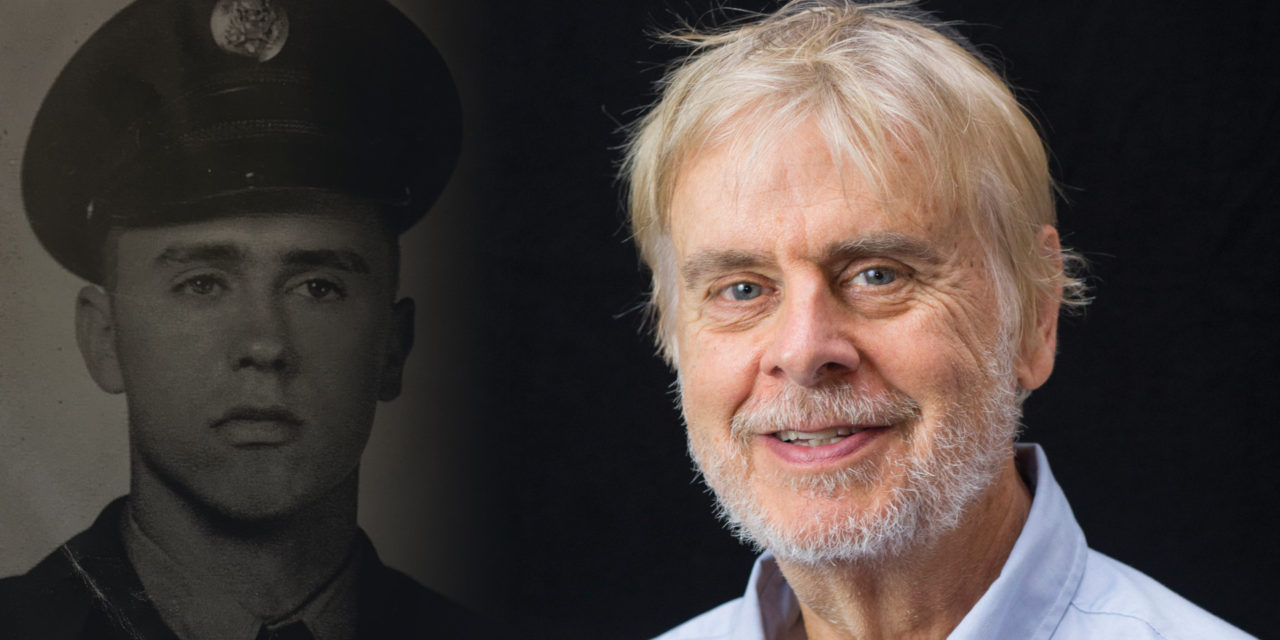 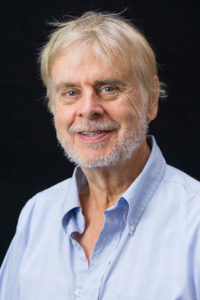 It all started with a phone call after school. Michael Perkins spent the 1970s growing up as a teenager in a blue-collar family. His father, Donald, served in the Korean War, and was now covered in dirt and grease making a living at a body shop in Columbia.

Michael picked up the rotary phone as it rang one afternoon after returning home from Hickman High School. On the other end of the line was a recruiter from Columbia College, who was looking to speak with his father.

“Why is Columbia College calling my dad?!” the younger Perkins recalls thinking.

The recruiter explained the benefits available to veterans like his father, that he could go to school for free – and essentially come out ahead after factoring in the cost-of-living stipend. For a kid whose father finished high school in the Army and hadn’t had the chance to go to college, yet could now get paid to do just that, the opportunity seemed obvious to pounce on.

“My dad came home from work, and I told him about the call, and I really sold it to him, but I don’t think I had to sell it to him that much,” he says. “This was extra money, which we certainly needed.”

So the man who served his country overseas became one of the first students in Columbia College’s Evening program.

“It was a different time; people didn’t do that like they do today. If you’re a blue-collar guy, you didn’t go to school. Colleges and universities didn’t want you,” Perkins says.

“He made a big impression on me,” Michael says of his father, who passed away in 2016 at the age of 80. “I don’t know that he was a good student; he wasn’t well-prepared academically. But he liked learning, and I know that he put a lot of effort into it.” 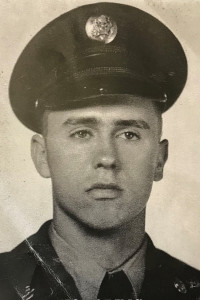 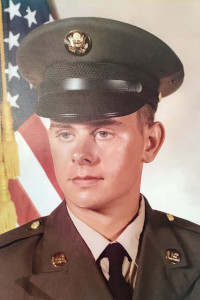 Military photos of Donald (left) and Michael Perkins. “It’s the same pose and the same uniform, and we look exactly alike.”

It’s an effort most Evening Campus students can appreciate. After a long day working on cars, Donald retreated to the shop’s restroom, exchanged his grease-covered work clothes for a set of clean ones to study in and often slept in his car until classes began each night. Following several hours on campus, he’d come home late only to get up early the next morning. Lather, rinse, repeat.

“It was tough, so any non-traditional student who is working, has a family … that’s a tough thing to do, and this college has been at the forefront; we need to remember that. We’ve been innovators,” Perkins says.Perkins got the experience of going back to school as a non-traditional student himself; following graduation from Hickman in 1976, he served as a medic for the Army’s 1st Infantry Division, and a corpsman for the 1st Marine Division in the Navy Reserves. Only after he became a veteran, husband and father, did he set foot on a college campus.

Perkins’ first college graduation had to have been among the most underwhelming in the history of academia – and yet he considers it among his most significant accomplishments.

Perkins began his college career at the University of Missouri with the intent of becoming an electrical engineer. “And I proved that I couldn’t be an engineer,” he chuckled.

Once engineering was out of the equation, Columbia College’s academic offerings fit his interests much more.He took both day and evening classes, depending on how he wanted his schedule to be, with the help of his own G.I. Bill. Unlike his father, he wasn’t able to take advantage of the program in quite the same manner.

“I’d gotten out of the Army, I was married, had two kids. I’d run out of money, and I’d owed the school money,” he says. “So I eventually got the money, I can go pay off Columbia College.”He recalls going to the college to pay his bill and enroll for the next semester.

“So I go over to this counter, I pay the money to the lady, and she says, ‘Wait a second.’ So she goes back, and she’s dragging this box out. She rifles through a bunch of files, grabs one and says, ‘Perkins. Here’s your degree.’ It was my associate degree! That was the first and most important degree I ever got, and that was my graduation ceremony.”

He pondered what had just occurred that day in 1987. “I was just paying a bill, and oh my God, I’ve got a college degree. It was magic.” Two years later, he earned a Bachelor of Arts degree.

If you ask him which is better between the two programs he attended, he couldn’t say. “I had great teaching. It was a wonderful educational experience,” he says fondly, recalling teachers such as Polly and Jack Batterson, and Jim Metzer. “Some of the finest teachers I’ve ever had, just really good teachers. I had nothing but a good experience here.”

The vast majority of Michael Perkins’ time at Columbia College, more than 20 years, has been as an instructor, primarily in Social Work and Human Services. In that time, the subject matter hasn’t changed much, but advances in neuroscience and brain imaging have had tremendous impacts on the field. “I get paid to read, learn and talk. It’s a great job,” Perkins says. “We have more empirical data about what works and what doesn’t work, particularly with medications and treatment.”

Among Perkins’ latest nighttime reading are “Surviving the Neoliberal Maelstrom: A Sartrean Phenomenology of Social Hope;” “Chaos and Social Change: Metaphysics of the Postmodern”and “Nonlinear Changes Between Equilibrium States.”

Dr. Terry Smith, who serves as a professor of Political Science and director of the Honors Program, hired Perkins to the Columbia College faculty in 1998 and can attest to his various literary interests. “Mike is one of the most eclectic readers I know. He is interested in everything and always recommending books to me.”

“It was primitive, but we did it. And now, there’s probably 30 sections of human service classes every eight weeks.”

Recalling CC’s history over the last 50 years, and its latest changes happening right now, Perkins suggests that this is simply in the college’s DNA: “We have a history of being innovative, and I think it’s important to try things even if they don’t work. Columbia College has always been nimble, willing to take calculated risks when others wouldn’t, and that exploring, pioneering mindset has set us apart from other schools.”

Smith, who served as executive vice president and dean for Academic Affairs during that time, says, “Mike is cutting-edge with technology – an early adopter. When I was vice president, I leaned on him for advice about educational technology. He was unusually clear-eyed about what was a fad, and what would endure.”

Columbia College has always been nimble, willing to take calculated risks when others wouldn’t, and that exploring, pioneering mindset has set us apart from other schools.

Keith Glindemann, director of the college’s Veterans Services Center and a fellow veteran, is grateful for Perkins’ ability to shed light on veterans’ experiences from the faculty viewpoint. “He’s be instrumental in bridging the gap to educate our faculty on military and veteran topics and issues, or to encourage staff to take the Green Zone training that we offer here.”

Glindemann also noted the myriad ways Perkins has helped Columbia College’s student veterans. “When we look at all of our faculty, there are several who have served, but Mike stands out in his giving back to the military veteran community,” Glindemann says, noting Perkins’ assistance in reviewing applications for the numerous military scholarships awarded annually. “While he doesn’t work in the veterans services department, I truly would tell you he’s a team member, and I think it’s wonderful that he’s willing to get involved in so many things.”

Three of Perkins’ four children, all of whom are grown, have attended classes at Columbia College. His son, Michael, is the only veterinary pharmacist in the state of Missouri. After graduation from Columbia College, he enrolled in pharmacy school at the University of Missouri-Kansas City.

“He told me, ‘I feel just as prepared from my education at Columbia College as anybody here,’” the elder Perkins says. “And the funny thing is, the science program was good then, but it’s 10 times better now (with the 2013 opening of the Brouder Science Center).”

His daughter, Hannah, is married, living in New York, and taking classes online at Columbia College. He reflects on what he’s seen over the last 40-plus years.