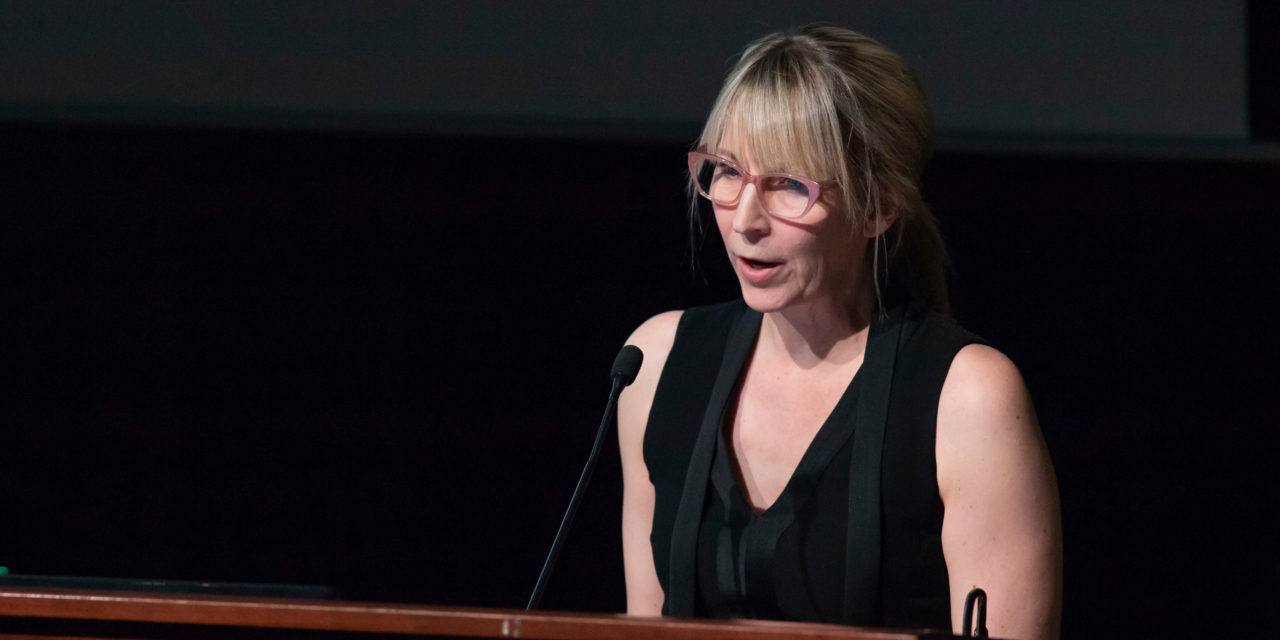 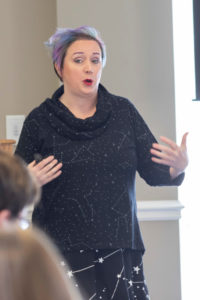 Recognizing the accomplishments of women in science, and encouraging the next generation of female scientists were the focuses of Columbia College’s celebration of Women’s History Month.

Organizers planned three events during the month in an effort to bring awareness to various roadblocks that have been put in place over years, decades and centuries to underplay the role of women.

Dr. Angela Speck, professor and director of astronomy at the University of Missouri, started the celebration off on March 7 with a lunch-and-learn presentation. As one of the foremost experts on our universe and how it came to be, Speck was at the forefront of educating Missourians – and the nation – during last summer’s total solar eclipse. On March 7, Speck presented on the catch-22 that female scientists often find themselves in when facing the dilemma of educating future scientists while also retaining their status as “serious scientists.”

Carmen Price, adjunct instructor of philosophy and chair of the Women’s History Month steering committee, characterized Speck’s main points this way: That popular, public-facing scientists such as Neil deGrasse Tyson and Bill Nye can be silly if they choose and still be taken seriously, while women don’t have that option. “Women get pinched in a binder between, ‘Are you a serious scientist, or are you just a popularizer?,’” she said.

“Women are called on to do more service, they work on more committees, they often have more students to advise, they forge the kinds of relationships that involve them in more stuff on campus, and they are specifically picked because of the attempt to diversify committees, chairing positions, various projects on a campus,” Price continued. “So when it comes to all of this service, Dr. Speck pointed out that it looks good on a resume or CV on the surface, but then it feeds into the perception that women are not ‘serious scientists’ because they are spending all of this time on service.”

Four days later, Christine McKinley was featured as the month’s keynote speaker. A mechanical engineer, musician, television personality and author, McKinley’s pet project is looking at the countless women in the fields of math and science who have been ignored by history books. In a sense, students have been given the “greatest hits” of what certain women have done, such as Marie Curie and Jane Goodall.

McKinley’s work shines light on women who have not been given their due; they’re women more people would know about if we were given a re-do of history. One example is Emmy Noether, an early 20th-century mathematician whom Albert Einstein said was one of the most brilliant mathematicians he’d ever met. Noether is credited with significant developments in abstract algebra. McKinley then closed the evening with her own tribute to Noether, an original song she composed and performed on her electric guitar. She was backed by several Columbia College student vocalists during the performance.

On March 20, organizers showed the film “Contagion” (2011), a movie featuring an all-star ensemble female cast that showcases one of the most prominent female-centric scientific fields: medical care. The film, which Dr. Tina Dalrymple has shown numerous times in her nursing classes, showed how public policy addresses a topic such as a flu outbreak. All of the women characters figured integrally in how the situation was addressed.

“The students who attended the events said they found the speakers engaging, which is what we’re after, to engage them intellectually and to entertain them,” Price said.

Organizers have already begun planning for next year’s events, and as 2020 is the centennial of women earning the right to vote in the United States, women’s suffrage is certain to be in focus. You can find out more about the month’s festivities by visiting the Columbia College Women’s History Month website or Facebook page.