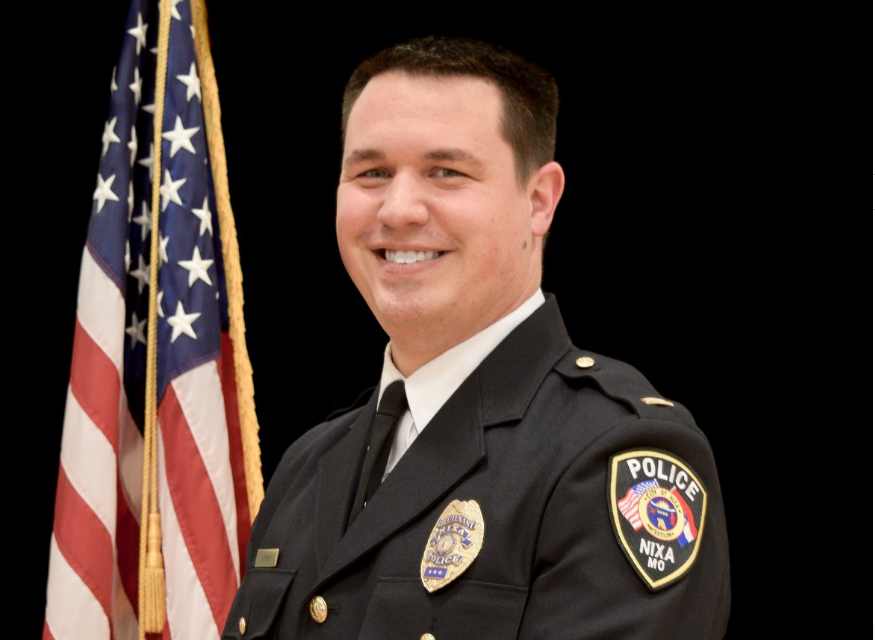 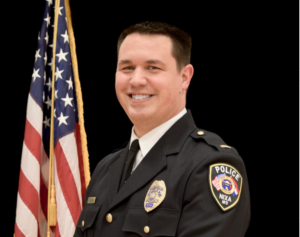 By Bekah Cate and Maria Wittenberger

Chad Tennis is set to graduate with his bachelor of arts in criminal justice in June of 2019 from Columbia College-Springfield, but there was a time he was unsure if college was a fit for him. Since finding his niche at CC, though, he has been a standout student and has a contagious spirit that resonates with humor.

Tennis has worked in law enforcement for 19 years and he was recently recognized by the Nixa Police Department with a promotion to Major. Learn more below about Chad and how Columbia College has opened doors in his career in the latest CC Focus Q&A.

How has education impacted your life?

Education did not come easy for me. I remember being sent to my room when I was a kid to study 30 minutes for every C that I made each night. When I first attended college, I was asked to declare a major and chose criminal justice because it had the least amount of credit hours to graduate. However, I completed an internship with the local law enforcement agency and I immediately fell in love with the job.

Currently, I am in my 19th year of service with the Nixa Police Department. Education has helped build my career, and I have served in a wide variety of roles from Detective, Corporal, Sergeant, and Lieutenant. I am an instructor in many disciplines and have served on the Nixa Police Department’s SWAT team. In March of this year, I received formal recognition for the promotion to the rank of Major with the department.

What inspired you to pursue your degree?

During my time at the Nixa Police Department, I discovered the importance of continuous and ongoing education and training. The department sent me to the Missouri Police Chiefs Command College where I received a certificate of completion in 2016. This was when I realized that I wanted to obtain my undergraduate and graduate degrees in criminal justice.

Which instructor impacted you the most on your academic journey at Columbia College?

Because I had only previously attended traditional seated courses, I was very skeptical about attending online courses and how an instructor could impact my academic journey. I was pleasantly surprised. I did not realize how far Columbia College reached. It’s not fair for me to single out just one, but I had instructors from almost all regions of the country. There were many ways to communicate with the instructors through the online courses and every time I needed assistance they were available to help.

What was the most challenging aspect of attending college as a non-traditional student?

The most challenging aspect of attending college as a non-traditional student was doing my school work while my wife was sleeping on the couch and my dogs were barking for me to let them in or out of the house every five minutes. Although it was difficult to remember your train of thought at times, I loved the freedom and flexibility to be able to do coursework when you want to and attend college from your living room.

What advice do you have for future students that may be on the fence about diving into their degree program?

Columbia College has six sessions that each last eight weeks long to allow you to accelerate your degree compared to a traditional 16-week session. You will not find an online college with an overall better value than Columbia College and Truition. It really is, “No fees. No book costs. No surprises.” Their Partners in Law Enforcement (PILE) program can also help you to save money and graduate faster. The PILE program offers up to 24 hours of academic credit at no charge for police academy graduates and does not require an in-depth portfolio for approval.

Do you see a graduate program in your future?

As I mentioned before, education has never come easy for me, but receiving a certificate of commendation for achieving the dean’s list while attending Columbia College has inspired me to continue my education by completing an online graduate program in criminal justice.

Why did you choose Columbia College?

I was aware of Columbia College because of a Spanish course they taught at the Nixa Police Department in 2000. I liked that they were established and that they were involved in the local communities. The driving factor for me choosing Columbia College was the personal service I received when I called the Springfield Campus. I spoke with Academic Advisor Maria Wittenberger. Maria was able to answer all my questions in detail and even offered to walk me and my wife through the entire process if we had time to come by the campus. Within two hours of my first phone call to Columbia College, I was a student again diving into my undergraduate degree program. I cannot thank Maria and the entire Springfield staff enough for always rooting for me!