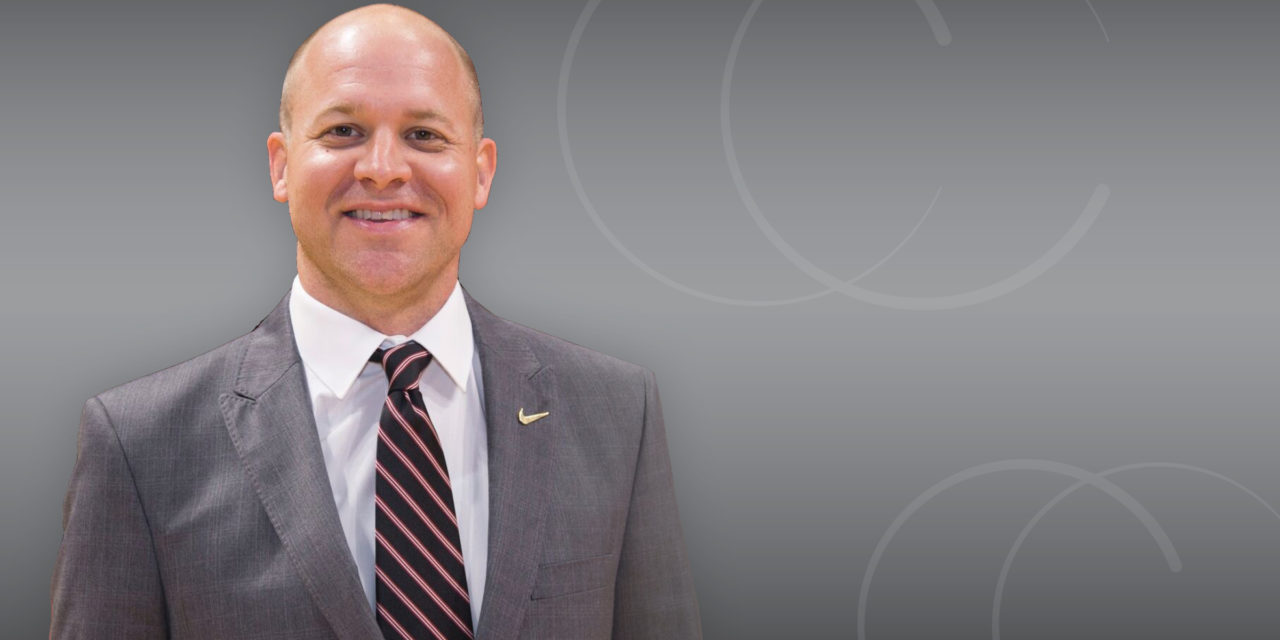 Columbia College President Scott Dalrymple announced today that James Arnold has been named the institution’s director of athletics. Arnold will assume the position on May 1, overseeing the college’s 17 varsity sports.

“I am extremely excited and honored to be the next Athletic Director at Columbia College.  I want to thank Dr. Dalrymple and the committee for this opportunity and their trust to lead one of the nation’s premier athletic departments. I have always admired Columbia College and Cougar athletics from afar and through this process have been even more impressed by the people, the facilities, and the campus.”

Arnold brings more than 18 years of experience at nearly every level of collegiate athletics as both an administrator and coach. Whether in residential life, as a faculty adjunct, coach or athletic administrator, Arnold has dedicated his life to improving the student-athlete experience.

“We are pleased to have James lead our athletic department and build on our long-standing tradition of success,” said Dr. Piyusha Singh, the college’s Provost, who oversees Athletics.. “We believe he has the talent, energy and passion needed to guide our student-athletes and our program into the future.”

Most recently, Arnold has been the associate director of Athletics and head women’s basketball coach at Westminster College in Fulton, Missouri, since 2017. In that role, he was responsible for maintaining academic standards, budget management, fundraising, alumni relations and other elements of the department while also overseeing the women’s basketball team.

Prior to his time at Westminster, Arnold served as an assistant women’s basketball coach and recruiting coordinator at Southeast Missouri State University, ensuring the program stayed within NCAA recruiting regulations while also bringing in top-tier student athletics.

From 2011-15, Arnold was associate athletic director and head coach of the Central Methodist women’s basketball team, leading the Eagles to a record of 79-45 and was named the Heart of America Athletic Conference Co-Coach of the Year in 2012.

Along with coaching successful teams on the court, Arnold has a proven track record of ensuring the academic success of his teams in the classroom. During his four years at CMU, 19 of the student-athletes on his teams were named to the NAIA Daktronics Honor Roll.

Arnold also spent four years as the Head Women’s Basketball Coach at Highland Community College in Highland, Kansas, and five years at North Central Missouri College in Trenton, Missouri. He received a bachelor’s degree from Glenville State College in West Virginia, where he was a member of the men’s basketball team. He received his Executive Masters of Business Administration from Benedictine College in Atchison, Kansas.

A native of Paw Paw, West Virginia, James and his wife, Lesley, have one daughter, Audrey.