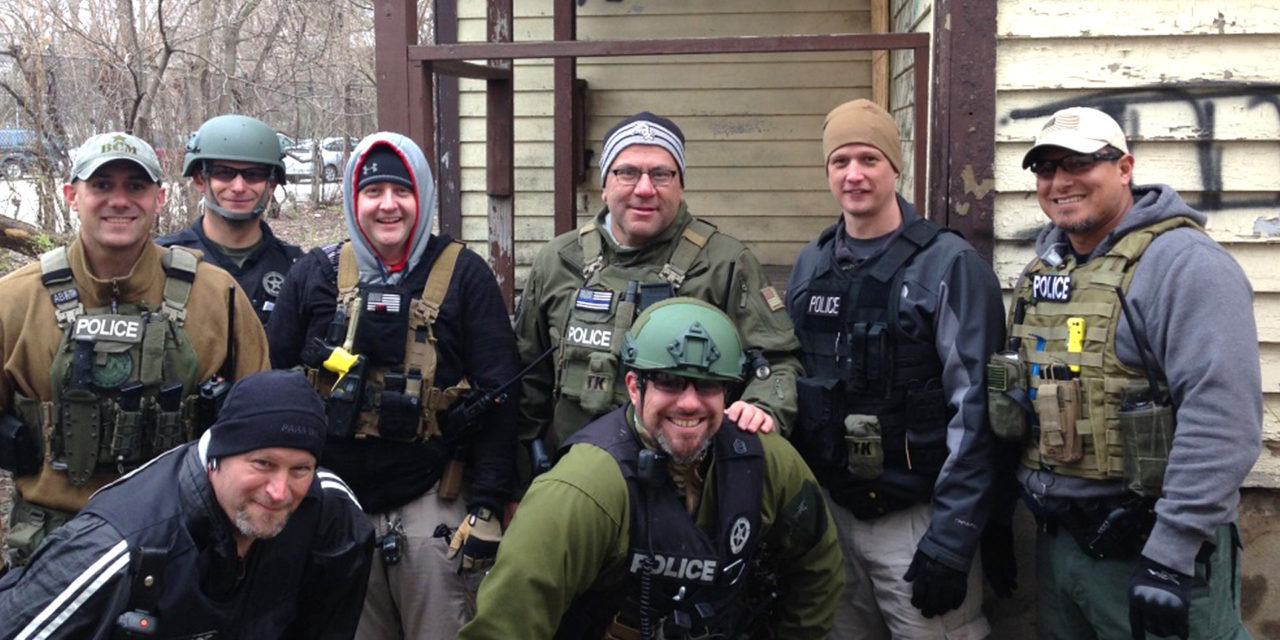 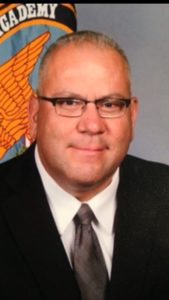 In 1983, Anthony Penna ’00 entered the Army, not really sure what career he wanted to pursue. He says he became a staff sergeant for the Military Police Corps “to try it out.”

It was there that he found his calling – one that would eventually lead to a 25-year distinguished career in law enforcement, working as a SWAT officer, leading a regional task force for the U.S. Marshals Service, training at the FBI Academy and earning the Illinois State Police Medal of Honor.

“I didn’t have much direction when I started, but I really enjoyed the work that I was doing while in the Army,” Penna says. “I knew I wanted to help others and do something for the good of society.”

For eight years, Penna worked as a staff sergeant for the Army’s military police. He served in the demilitarized zone in Korea in 1984 and spent his last three years of service in Japan before leaving the Army in 1991.

By then he knew he wanted to use the skills he gained in the Army for a career in law enforcement. He returned home to Chicago and was soon hired as a policeman for the McHenry County Sheriff’s Department. His roles in the sheriff’s department included police officer, K9 officer, detective and evidence technician.

Knowing that he wanted to advance in his career, Penna decided to pursue his education in law enforcement. He enrolled at Columbia College–Crystal Lake and graduated in 2000 with a degree in Criminal Justice Administration.

“Getting a degree from Columbia College gave me the ability to continue my career path,” he says. “It was helpful that it was so close to home and that I could continue my education without any difficulties in being away from my family.”

With both education and experience under his belt, he rose through the ranks at the McHenry County Sheriff’s Department. He became a member of the Special Weapons and Tactics (SWAT) Team, which involved responding to situations like barricaded suspects, hostage situations and active shooter situations. In 2004, he started an Apprehension Unit at the McHenry County Sheriff’s Department that was focused on serving arrest warrants. In 2007, he became team leader for the SWAT Team, was promoted to sergeant and worked as a patrol supervisor. During this time, he continued his education and training, earning a master’s degree in law enforcement justice administration from Western Illinois University and graduating from the Northwestern University Center Public Safety Police Staff and Command and the FBI’s National Academy.

In 2008, Penna was assigned as a detective sergeant to the Criminal Investigation Division, where he later became a member and team leader with the U.S. Marshals Great Lakes Regional Fugitive Task Force in Chicago. In his time with the task force, he led a team of marshals and state police, serving warrants for fugitives, armed robberies, sex offenders and murderers. The task force started with 40 members; now, ten years later, it has grown to more than 150 members.

While serving with the Fugitive Task Force, Penna and other officers tracked a double-murder suspect from Kentucky. For stopping the threat in a high-risk situation, Penna and the officers were honored as Officers of the Year by the McHenry County Chiefs of Police Association and awarded the Illinois State Police Medals of Honor.

Penna retired from the McHenry County Sheriff’s Department in 2018 and began another phase in his career, this time investigating white-collar crimes. As a special agent for criminal investigation in the Illinois Department of Revenue, he investigates crimes such as tax fraud and tax evasion and works closely with law enforcement agencies to make arrests. “The gun is no longer the emphasis with these crimes. It’s now the pen,” he says.

With this new role, he enjoys using his investigative skills in another area and continuing his work for the good of society. “Getting bad people off the streets and putting them back in jail,” he says. “To me, it’s not work. It’s more of a passion. And it makes getting up in the morning very easy.” 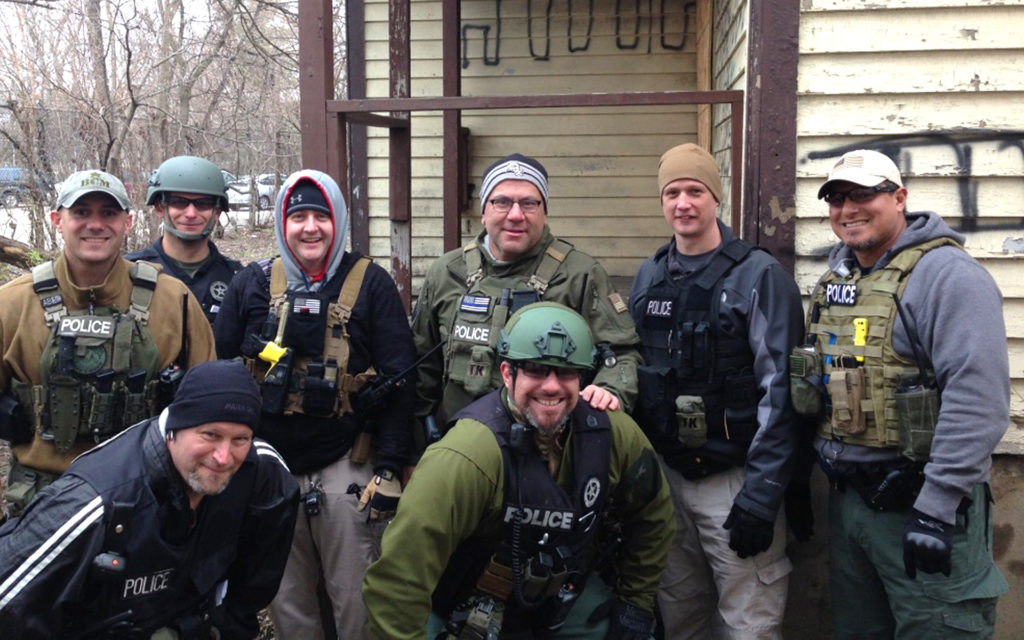 On March 7, 2019, Penna’s partner of six years, Jacob Keltner, was tragically killed in the line of duty during an arrest warrant service in Rockford, Illinois. Keltner, a deputy sheriff and task force officer for the U.S. Marshals Fugitive Task Force, was 35 years old, married, and the father of two young boys. In this photo, Keltner (back row, third from left) and Penna (back row, fourth from left) stand with members of the U.S. Marshals Great Lakes Regional Fugitive Task Force, U.S. Immigration and Customs Enforcement (ICE), Lake County Sheriff’s Department, McHenry County Sheriff’s Department and the Department of Corrections.