Rothwell promoted to vice president of Advancement at Columbia College 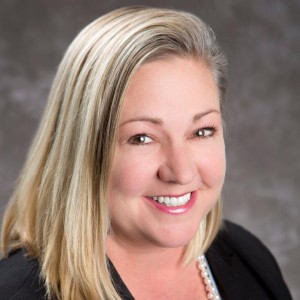 Suzanne Rothwell has been part of the Columbia College team since 2012.

Columbia College President Scott Dalrymple has announced that Suzanne Rothwell has been promoted to vice president of Advancement for Columbia College.

Rothwell had served as executive director of the Advancement Division for the last four years and will continue to oversee the offices of development, alumni and public relations at the college. One of her team’s main focuses is fundraising and the results of those efforts have been outstanding, recording the best fundraising year in the college’s 168-year history in 2018 and the third-best total in 2019. Rothwell also played a key role in stewarding the college’s largest gift in its history when it received a transformational, seven-figure donation to name the Robert W. Plaster School of Business.

“Suzanne is focused on putting her team in a position to succeed every day, and those efforts have obviously been fruitful,” says Dalrymple. “She is a valued member of our leadership team and her counsel on fundraising, communications and alumni involvement are vital to our continued success.”

Rothwell joined college in 2012 as senior director of Public Relations and worked to enhance the image of the college both locally and on a national level. Prior to joining the college, she served as the director of membership at the Columbia Chamber of Commerce (2010-2012), interim executive director of the Greater Missouri Leadership Foundation (2006-2008) and as assistant manager of Public Affairs, overseeing a five state zone, at State Farm Insurance (1992-2004.)

“I am proud to be part of the Columbia College family and appreciate the confidence Dr. Dalrymple has shown in not only myself, but our entire Advancement team,” said Rothwell.

Rothwell, who is a 1990 graduate of the University of Missouri, has also worked to be an active part of the Columbia community. She is a member and past president of the board of directors for the Greater Missouri Leadership Foundation, as well as on the boards for the College of Human Environmental Sciences at the University of Missouri and the Boone County Historical Society.  She is an emerita Columbia Chamber of Commerce Ambassador, serves as co-chair for the Education Day for Leadership Columbia and is on the nominating committee for the United Way Board of Directors.

In 2014, Rothwell received the Columbia Daily Tribune Women in Business Award for Professional Excellence. This award honors an outstanding woman who has been in a business or professional field for five or more years and who has demonstrated a mastery of job performance and made significant contributions to a business, organization or profession.

Rothwell’s been married to Jim Rothwell for more than 25 years, and together they have two college age daughters, Kaitlyn and Olivia, and several pets.

Founded in 1851 in Columbia, Missouri, Columbia College has been helping students advance their lives through higher education for more than 165 years. As a private, nonprofit, liberal arts and sciences institution, the college takes pride in its small classes, experienced faculty and quality educational programs. The college, accredited by the Higher Learning Commission, has more than 30 locations and offers day, evening and online classes. Columbia College educates more than 20,000 students each year and has more than 89,000 alumni worldwide. For more information, visit ccis.edu.