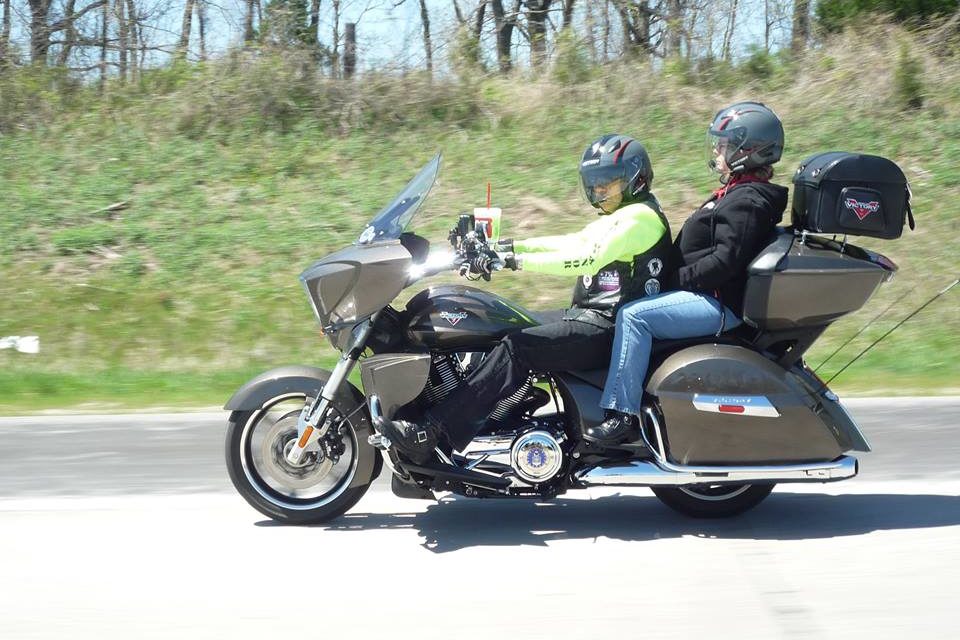 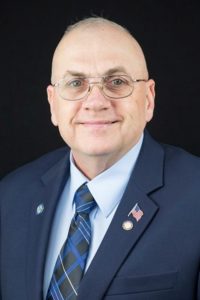 Following 30 years of service in the Air Force, Mark Clark ’13 is now the assistant director of Columbia College-Kansas City.

When he graduated from Venice (Florida) High School in 1979, he started looking for a job so he could marry his high school sweetheart. There weren’t many jobs available in his small town, so decided to join the Air Force, where his father had served as well.

“I thought I’d do four years and leave,” he says. “But when I got in, I realized I loved it. They had to make me retire after 30 years.”

With those 30 years of service, Clark built an impressive career. He did “a little of everything” in the Air Force, including working as an aircraft structural repair technician and later as a special agent for the Air Force Office of Special Investigations, where he investigated felony crimes and handled counterintelligence. His final position was as Command Chief Master Sergeant for Minot Air Force Base, North Dakota, where he was responsible for an enlisted force of 3,500 people, including career development, promotion, morale and discipline.

When it came time to leave, Clark looked to his next steps. With the bachelor’s degree he completed while in the Air Force, he utilized his GI Bill for continued studies. He earned a master’s degree in management and leadership and a few years later, a master’s degree in criminal justice with a management track in law-enforcement administration from Columbia College-Kansas City.

“I’m just a knucklehead country boy and didn’t take education seriously until late in life,” he says. “From 2008 to 2013, I just plowed through school. Give me a complex topic to tackle, and I’ll love researching and writing about it.”

Soon after, his next step became clear: working in higher education. While visiting with the campus director at Whiteman Air Force Base, Clark was asked if he would consider teaching a class at a college in north Kansas City.

“I had a really good time teaching,” he says. “I never thought I would work in higher education, but it found me.”

Columbia College soon came calling, and he started as a program coordinator in 2015 at the Kansas City location. In 2017, he became its assistant director.

His role is to advise students and help them through their college experience. Clark says it’s his favorite part of the job. “I enjoy sitting down with them and learning about them, helping them map out their goals and come up with a plan for success,” he says. “I’ve cried with students, laughed with students and prayed with students. We get to know them so well.” 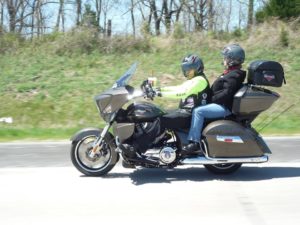 Mark and his wife, Linda, enjoy spending time together on the road.

His students notice the extra time he takes to listen and help with whatever difficulties they’re facing. Terry Thompson, a student in Business Administration, remembers when Clark helped him after Thompson’s grandmother passed away. “I was having trouble dealing with it and having trouble focusing in class, and he talked me through it,” he says. “I wanted to give up, and he kept encouraging me to keep going. You can tell he cares and that he wants to help his students succeed.”

His colleagues also note his enthusiasm for helping others through education. “Mark is a fierce advocate of Columbia College and truly believes in our primary mission to improve student lives and their family’s lives,” says Cindy Miller, regional director of the college’s civilian and online programs and Clark’s superior at the Kansas City location. “Because of his Cougar pride and passion, he is always my first choice to send to outreach events.”

Clark is also enthusiastic about his community work in helping veterans and their families. This year, he was elected post commander for American Legion Tirey J. Ford Post 21 in Independence, Missouri. He’s served for six years on the National American Legion Riders committee for the Legacy Run, an annual motorcycle tour across the nation to raise money for scholarships for the children of disabled veterans and those killed in action.

In his spare time, Clark loves to ride motorcycles, an interest he shares with Linda, his high school sweetheart and wife of 40 years. “She has always supported me, no matter what direction I’ve gone,” he says. “When I said I was thinking about working for a college, she said, ‘I think you’d really like it.’”

And she was right, he says. “When the alarm goes off in the morning, some people hit it with dread,” he says. “I get up excited every day to be able to work with students and be a part of their lives.”