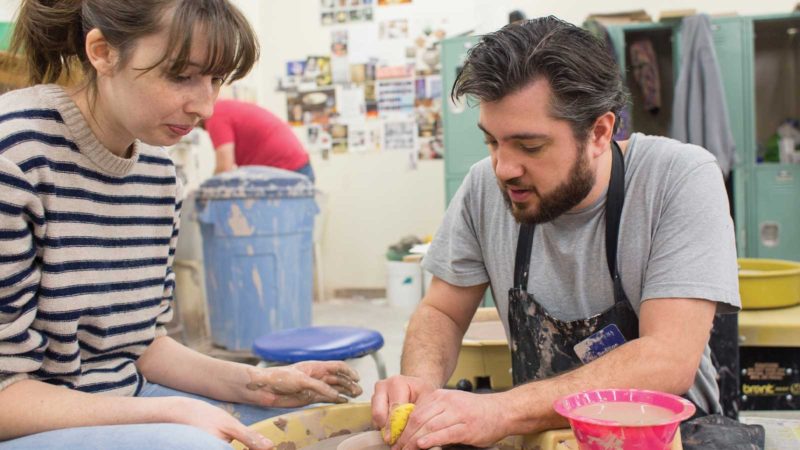 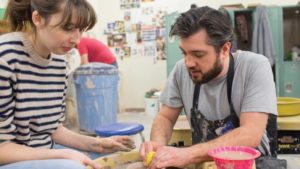 Bo Bedilion isn’t afraid to put a lot on his plate. For almost ten years, Bo has been juggling responsibilities as a professor and gallery director at Columbia College; all while maintaining his personal artistic career as a potter. While fulfilling three distinct roles has its challenges, Bo says that passion for the pottery drives his artful balancing act.

Bo was first introduced to pottery during his senior year of high school. “I just fell in love with it,” he says. “At the time, I was really unsure about what I wanted to do with my future. My art teacher told me that I could go to college and study pottery. In the late 1990s, I had no idea that was an option for me, that I could make a career out of pottery.” He embraced that new option soon after, eventually completing both his BA in Art from California University in Pennsylvania and his Master of Fine Arts in Ceramics from Kansas State University.

After finishing school, Bo moved to Columbia in 2010 to teach as a ceramics professor at Columbia College. Two years later, he became the director of the Greg Hardwick Gallery. As director, Bo says he curates artists to include in the gallery, organizes special events, and maintains the gallery space. “We bring in regional, national, and international artists to show in the space,” he explains. “As well as hosting students’ Bachelor of Fine Arts degree exhibitions.”