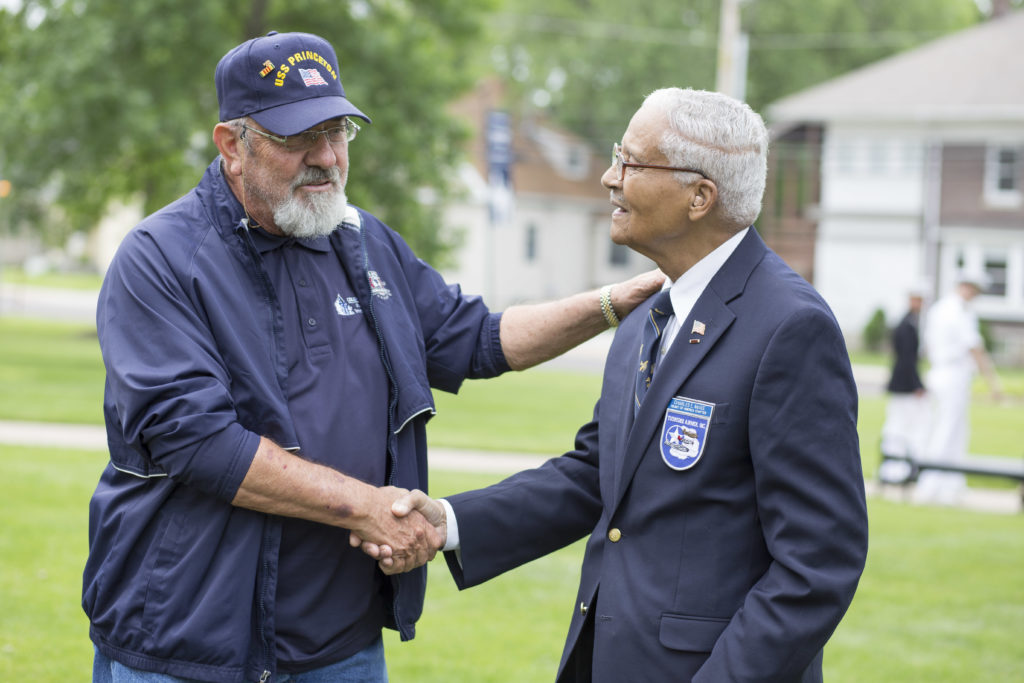 The Columbia College Ousley Family Veterans Service Center will have a new home in 2020. The college recently acquired the property at 904 N. Eighth Street with the intent to provide an enhanced experience for its military and veteran student community. The new facility will be named the Colonel Charles E. McGee ’78 House and serve as the home of the Ousley Family Veterans Service Center.

The new venue, which will be nearly 2,000 square feet, will triple the size of the current location in Missouri Hall. The new site will provide the college’s military and veteran student community a social gathering space to talk, study and network. The center’s expansion will enhance the high-quality service the college provides to its military students with the opportunity to host programming and open up opportunities for partnerships in the military community. A dedication for the new facility, which is located just north of campus, will take place on May 21, 2020, as part of the college’s Military Appreciation Week festivities.

In 2018, the college served more than 7,000 veterans, active military members and their dependents around more than 30 locations around the world. Seventeen of those locations are housed on military installations.

“The opportunity to have a new and updated space for our military-affiliated students to gather encourages comradery and is a way we can support them as they transition back into civilian life,” said Keith Glindemann, senior director of Military and Veterans Service. “Columbia College takes great pride in serving those who have served or are serving our country and this new home for our Ousley Family Veterans Service Center will play a key role in carrying out that mission.”

Col. McGee graduated from the college’s Kansas City location in 1978 and was presented an honorary Doctor of Humane Letters degree in 2014. He is a member of the famed Tuskegee Airmen, a recipient of the U.S. Congressional Gold Medal and a Member of the National Aviation Hall of Fame. Born in 1919, he became a Tuskegee Airman in World War II. The Airmen were the first African Americans to fly in combat. McGee held the Air Force’s fighter combat record for many years with 409 missions and 1,151 combat hours, serving in World War II, the Korean War and Vietnam War. A scholarship was created to honor him in 2009 and is presented every year to a student veteran or their dependents. He will celebrate his 100th birthday on December 7.

The Ousley family’s generosity has played a key role in the college’s work with veterans for several years. In 2009, George and Gayleen Ousley made a generous gift to the college, creating the Ousley Family Veterans Service Center while also endowing a scholarship that is given to several Columbia College active military or veteran students each year. The gift was given in honor of the Ousley’s son, Jay, who passed away in a tragic accident in Spain while serving in the Navy. George, who is a 1978 alumnus of Columbia College and successful businessman in mid-Missouri, and his son, Greg, who is a 1997 graduate of Columbia College, are also veterans of the US Navy.

To support scholarships awarded to students in our military community, or the Columbia College Fund, which supports the college’s current greatest needs, please give now.