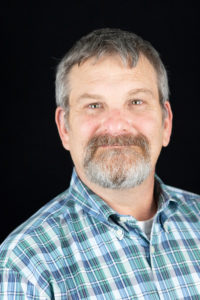 Columbia College Executive Director of Plant and Facilities Cliff Jarvis recently announced the hiring of David Heffer as the college’s new director of Campus Safety. Heffer most recently served as director of Public Safety at Goucher College in Baltimore, Maryland, where he oversaw a 35-member campus public safety agency while spearheading the college’s Emergency Operations Team and developing its Emergency Operations plan.

“Dave brings more than 20 years of expertise to our team and has hit the ground running,” says Jarvis. “Our main focus every day is on the safety of our students, faculty, staff and visitors, and Dave’s background and skills will enhance those efforts even more.”

The college was named the third most secure college campus in the United States earlier this summer. The college’s main campus in Columbia, Missouri, took the No. 3 spot on ASecureLife.com’s recent list of 100 most secure colleges in the country. The publication ranked campuses based on property crime rates after analyzing 10 years’ worth of crime data from hundreds of public and nonprofit colleges.

Heffer also has experience in the design and implementation of mental health response planning and was the primary liaison for the college with local, state and federal law-enforcement partners. He was also an inaugural member of Goucher’s Presidential Council on Racial Equity and the Bias Education Response team.

Prior to joining the team at Goucher, Heffer served as a police lieutenant at George Washington University in Washington, D.C., for 16 years. During that time, he also served as an adjunct faculty member, teaching self-defense and physical skills classes which focus on situational awareness and protective mindset.

Heffer earned his bachelor’s degree in psychology from George Washington in 1993 and has completed coursework in a master’s degree program in higher education policy, research and administration. He holds several instructor certifications in fields varying from Response to Weapons of Mass Destruction, Verbal Defense and Influence and Homeland Security Exercise and Evaluation Program.