All Payne, All Gain 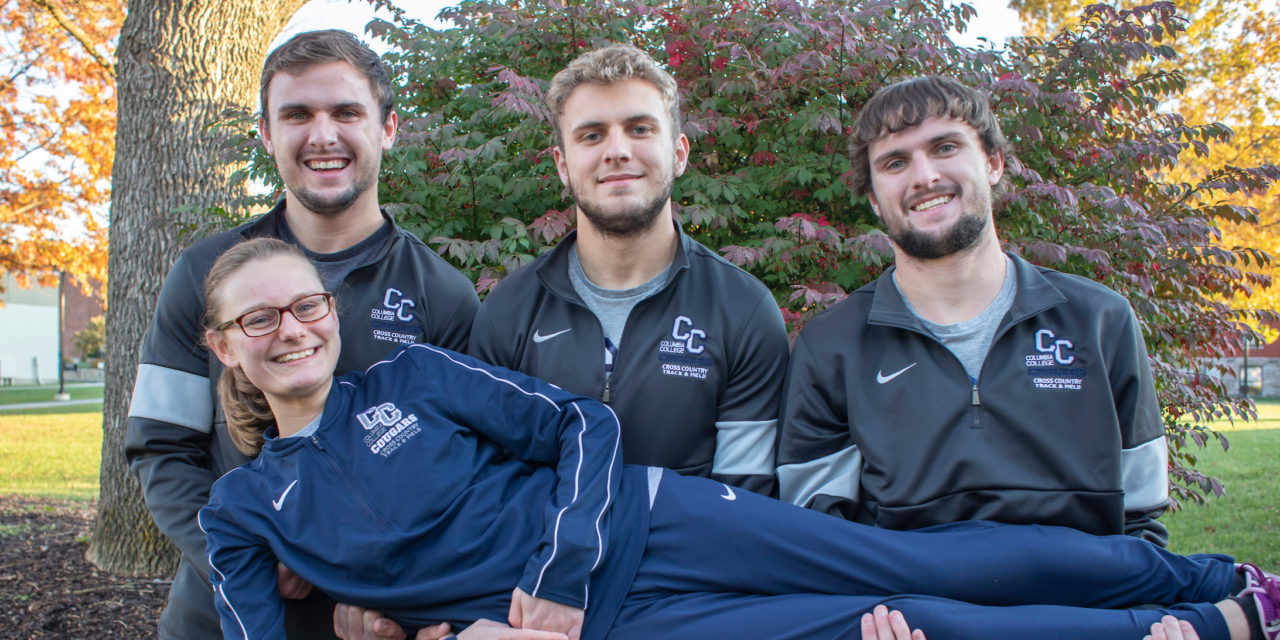 Bourbon, Missouri, is a small town of just over 1,600 residents off Interstate 44 in east-central Missouri. One family produced four all-state-caliber runners in the state’s smallest high-school classification, and all four are together at Columbia College. The odds begin to boggle the mind.

Meet the Payne family: Naomi is a senior studying accounting, runs long distance on the track team and made her mark as a freshman by winning the American Midwest Conference cross country title. Twins Damian and Noah are juniors; Damian is a management information systems major and runs sprints, while Noah runs distance and is on the cross-country team as a double-major in sports management and business administration. The pup of the family is freshman Drew, who runs sprints and is a computer science major.

“Never in my life have I had siblings or anything like that who have all come to the same institution and done the same sport, so it’s very new for all of us, I think,” says Head Coach Tracy Jex. “They all did it all together, but I think them kind of finding their own little niche is really cool.”

While they’re certainly part of the same family, they each have their own lives on campus and their own identities. They take turns describing each other. Noah leads off: “Naomi is by far the best distance runner.”

Damian chimes in: “Naomi’s like a book freak. All she does is read. Drew’s very mechanically inclined, and I’m just here.”

Naomi wraps things up: “Damian probably has the best poker face, and Drew knows where everything’s at.” Everyone, including Noah, agrees that he’s definitely the video-game guy.

“They’re all so different,” Jex says.

The Paynes went to school 45 miles south of Bourbon in the middle of the Mark Twain National Forest because their father, Randy, served as Viburnum High School’s director of athletics. Naomi was a star at Class 1 Viburnum when former Cougars coach Tim Cornell recruited her to Columbia. During that process, he met Noah and Damian, who were high-school juniors at the time.

When Cornell left Columbia in the summer of 2016 because his wife took a job out of the state, a new coaching staff could have meant a change in plans. That wasn’t necessary. “When I came here, I loved it, and Naomi loved it, so it was pretty much, ‘I’m going to come here,’” Noah says. “And once I met Coach Rad (Assistant Cross Country and Track & Field Coach Daniel Radkowiec) and Coach Jex, I decided, ‘Yeah, I’m going here,’ because it was such a great fit.”

Drew was originally considering not continuing sports in college, and was planning to attend Missouri University of Science & Technology in Rolla, but those plans went out the window once he realized he could continue to run. He was the only Payne the new coaching staff recruited, and it admittedly wasn’t a long process. “I think his dad called us up and said, ‘Drew is interested in being on the team,’ and that was kind of it,” Jex says.

Noah says that while they knew they had the talent for all four of them to run in college, they didn’t necessarily expect to do so at the same school. “It worked out because Columbia College is just awesome, Coach Rad is so successful and he’s an awesome person too, so it was kind of a no-brainer to come here with how successful the programs are.”

Damian agrees. “Coach Rad just really feels like a dad to everyone on the team, and Coach Jex is just so supportive of everybody.”

Even though home might be two hours away, family is still nearby.

“It’s nice that we get to have our own space, but I see them at Dulany (Hall for meals), and I have two classes with Noah this semester, so that’s kind of nice,” Naomi says.

“Honestly, throughout the week on campus, we’re so busy that I really don’t see them as much as you’d think I would,” Noah says.

Even if they aren’t seeing each other, chances are that if you’re walking around campus, you’re running into a Payne.

“I would say you’d be pretty hard-pressed to find a town the size of Bourbon to produce four athletes who will go on to college in the same family and accomplish some really cool things — including, most importantly, getting a degree,” Jex says.