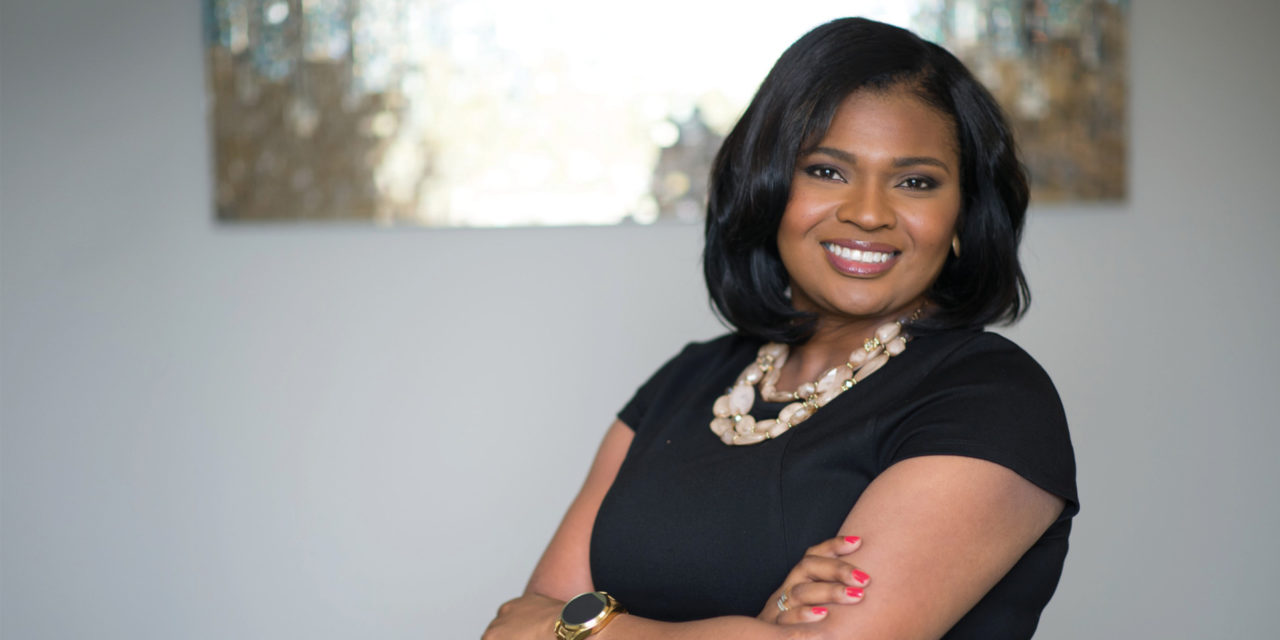 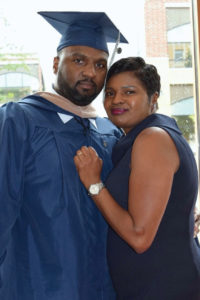 In 2016, Renea Amen celebrated with her husband, Semaj, who earned his MBA from Columbia College.

Some people are simply born with an inquisitive nature. They question how things are done, how things could be done better, and who benefits from the activity (among many other ponderings, of course). Columbia College alumna Renea Amen ’11 can certainly be counted as one of those people, and she has utilized that personality trait to achieve things that 18-year old Renea would never have thought possible.

After finishing high school in Peekskill, New York, Amen’s father, Willie Finley, wanted her to go to college. Amen questioned that advice and had no interest in pursuing that path, deciding to instead go into the U.S. Navy where she served from 1996-2001. However, during her five years of service, she didn’t progress as quickly as others did.

“Anything that required me to study — and the Navy is a branch that requires a lot of studying — I didn’t want any part of it.” Amen says.

“I was a good student in high school, but I didn’t want to do anything with school anymore.”

However, that all changed as her military career ended with her final duty station at Naval Station Great Lakes. A friend of Amen’s provided some sage advice, telling her: “If you think you are the smartest person in the room, you have to go and get an education. Because until you go and get that degree, you’re always going to be working for someone you think you are smarter than.”

This wisdom truly stuck with Amen.

“I had a job, but I didn’t really have a great job, so I decided I wanted to go to school,” Amen says. “But I needed to have a school that worked for me and my lifestyle because I had young children at the time, and that’s how I discovered Columbia [College]. You have to find the right school for you, because if you don’t, you will not put your right foot forward.”

As she proceeded to earn her degree in criminal justice at the college’s Lake County, Illinois, location alongside her husband, Semaj, who earned his MBA from Columbia College in 2016, Amen decided she wanted to use that degree (and her inquisitiveness) as a springboard toward becoming a lawyer. However, she was unsure of the next steps in making that transition. The Columbia College family stepped in as professors who had worked in the criminal justice field and a former faculty member at the college’s main Campus assisted her through the process.

“After graduating and starting law school and studying for the bar exam, there were times I couldn’t get to the city to the law school every day (to study) because I was broke,” Amen says. “I went to (Lake County location director) Lyndon Russell and asked him, ‘Can I please use the quiet room so that I can study?’”

Russell’s reaction warmed Amen’s heart as she remembers him saying, “You’re an alumna, of course you can use that quiet room. You are always welcome here.” She believes that support was key during her time in law school and also helped her avoid “burning out.”

Amen earned her juris doctorate from The John Marshall Law School and then decided to open her own firm, Bur-Men Law Group in Waukegan, Illinois. The firm specializes in criminal defense, civil rights litigation and family law matters, focusing on father’s rights. One of her passions is bringing children into the firm to educate them about the law, their rights and how to interact with the police.

Outside of running her firm, Amen is active in her community including serving on the Illinois State Bar Association’s Women and the Law committee and also sitting on the Woodland District 50 Board of Education in Gurnee. She believes that public service is “one of the foundations of keeping a community running smoothly and efficiently” and serving on those boards is her way of being the change instead of complaining about need for change.

And after “rebelling” against going to college, as she put it, Amen now serves as an adjunct faculty member at the Lake County location, teaching business law. Her time as a student and instructor has truly showcased her journey from someone who questioned the value of a college degree to someone who is passionate about helping students earn their degree and improve their lives. She also imparts that wisdom to her four children, Olivia (22), Khalil (16), Semaj (14) and Samaria (11).

“For me, it started with my father, but for my children, I always tell them ‘now you have to do better than me, and you have the means to do that.’”