Running For His Health 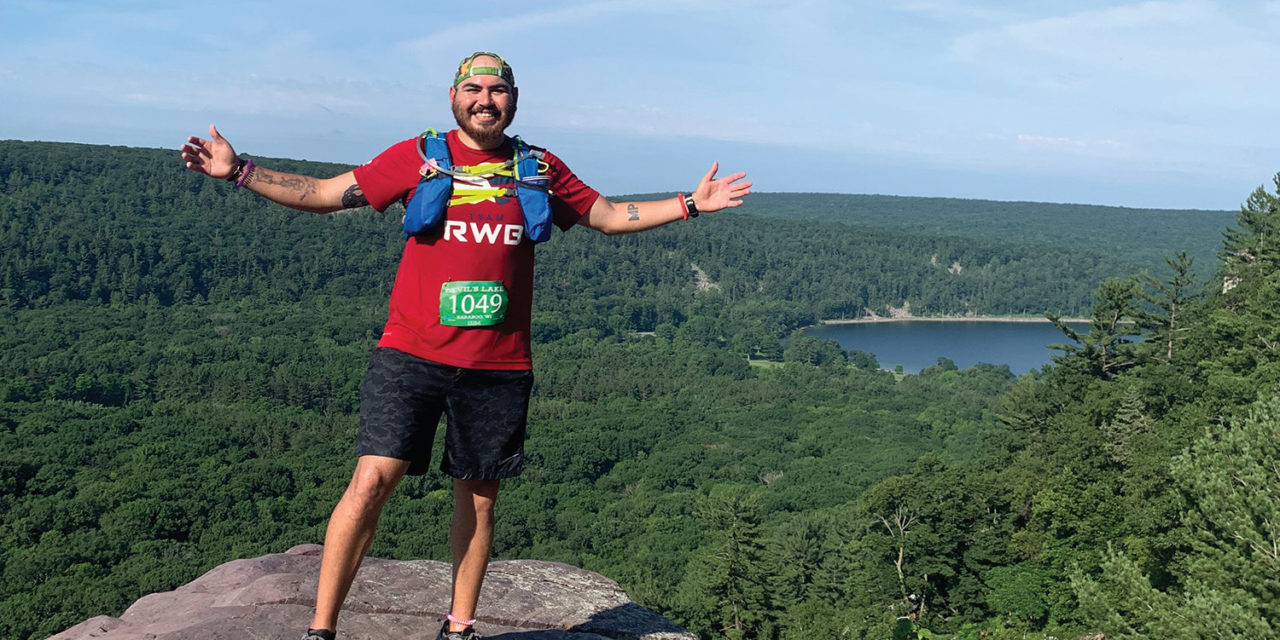 Running did not come naturally to Habacuc Rico ’17. His fellow soldiers were fast. The elevation was intense. He simply didn’t like it. In 2016, after seven years in the United States Army — including five years in Fort Carson, Colorado, and two tours in Afghanistan — Rico moved home to Illinois and soon found himself in an unexpected situation.

His triglycerides were high, so was his cholesterol. He was at risk for diabetes. At 265 pounds, he needed to make a change. Rico laced up a pair of old running shoes and started walking. It was also during this time he transferred to Columbia College-Elgin.

However, the true catalyst came in May 2018 when an Army friend committed suicide. Rico competed in his first 5k that August and has been hooked ever since. “I run for those who are no longer with us and for those who can’t run,” he says.

Rico is a member of Team Red, White and Blue, a running club devoted to enriching the lives of America’s veterans through physical and social activity. This past summer he completed a 50k ultra marathon (31.25 miles) in Kenosha, Wisconsin. It was a hard-earned 7 hours and 31 minutes. “It was humid. It was rainy. There were hills,” he says. “I just kept on running. I’ve done harder things in the Army. I kept telling myself to keep pushing.”

Habacuc’s Top 5 Tips to Getting Started:

Rico has found his support group in his family, friends and fellow veterans who have become his running partners. He added a 200-mile Ragnar Relay and the Tunnel Hill 50 Miler to his list of accomplishments this fall. He ran the Chicago Marathon, sponsored by the American Legion and raised $2,000 for Team Salute.

Today, it is easy to see the physical changes. Rico is down 85 pounds, which he credits as much to a clean diet with no red meat or preservatives. “When you’re young, you eat when you want and sleep when you want,” he says. “Now nutrition is a big thing. I’m healthier at 31 than I was at 18 years old.”