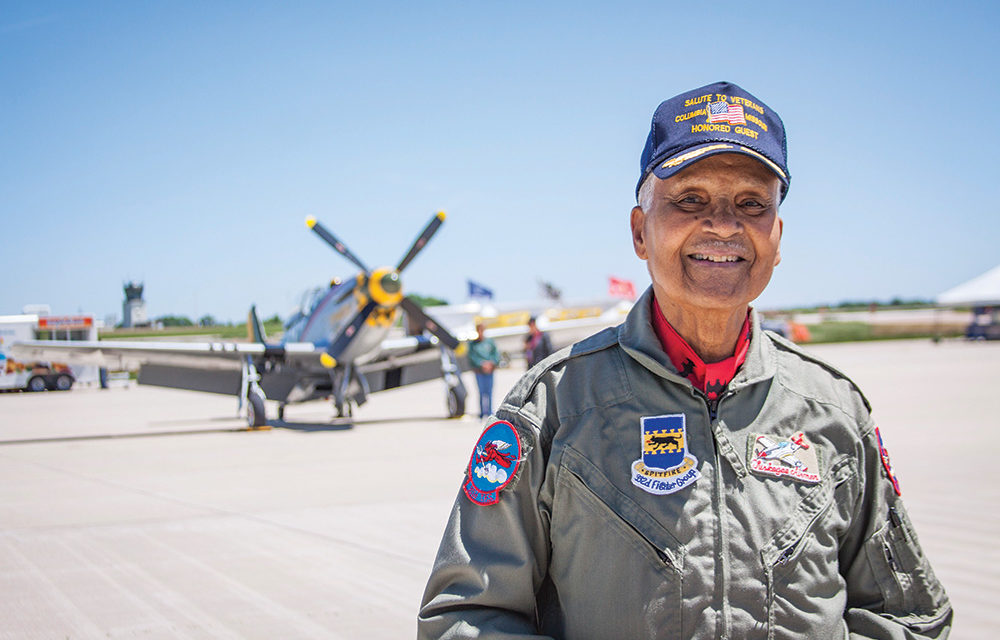 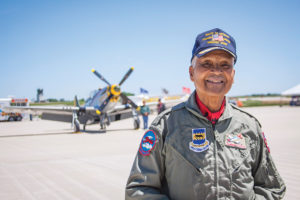 Col. Charles E. McGee (Ret.), a 1978 graduate of Columbia College, will flip the coin, in the official on-field Coin Toss ceremony before the Chiefs-49ers game. He will be joined on the field by fellow veterans Staff Sergeant Odón Sanchez Cardenas (Ret.), Lieutenant Colonel Samuel Lombardo and Corporal Sidney Walton. FOX will televise the coin toss live.

“As we culminate the NFL’s 100th season, we’re extremely proud to honor four World War II veterans celebrating 100 years of life,” says NFL Commissioner Roger Goodell. “These four men deserve our gratitude for their tremendous contributions to the United States of America, and we’re thrilled to recognize their service on the country’s largest stage.”

Col. McGee was a Tuskegee Airmen, having earned his pilot’s wings in 1943. Promoted to Captain, McGee had flown a total of 136 combat missions, and returned to the United States on Dec. 1, 1944. He remained at Tuskegee Army Air Field until 1946, when the base was closed. Congress recently passed legislation authorizing McGee’s honorary promotion to Brigadier General.

Columbia College will open a new facility in May that will be named the Colonel Charles E. McGee ’78 House and serve as the home of the Ousley Family Veterans Service Center. Read more.