ESPN’s Rowe to WIN honorees: “There are no limits” 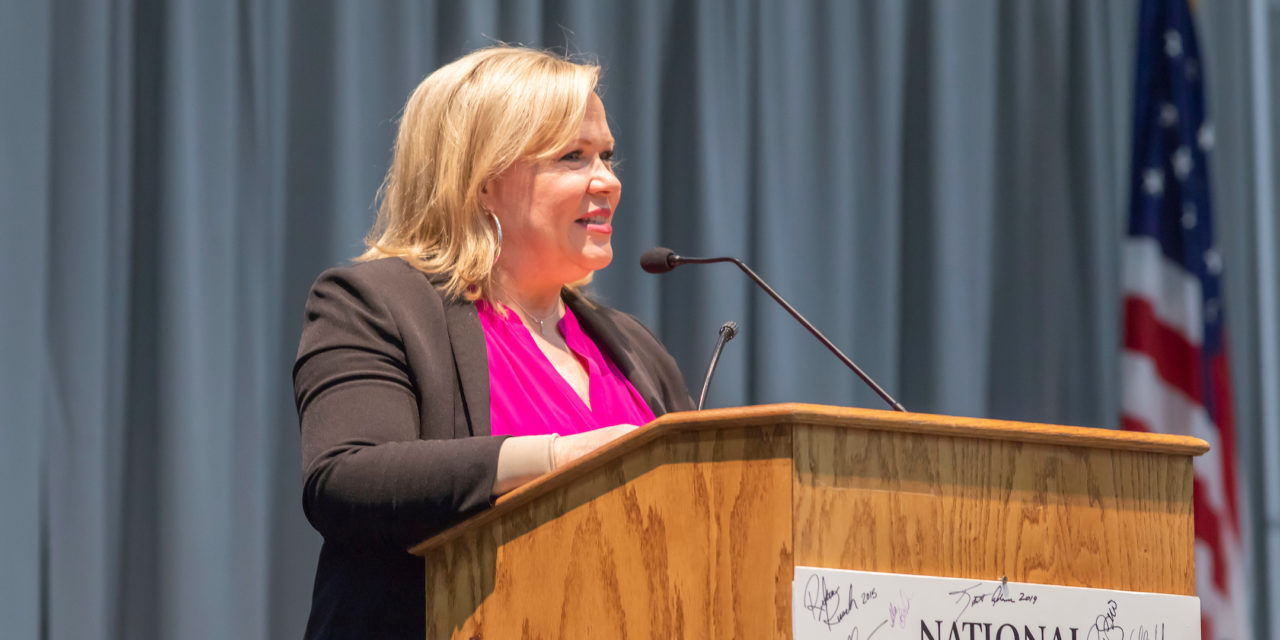 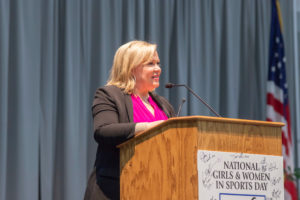 With a crowd of more than 500 in attendance at Tuesday’s 23rd annual Women’s Intersport Network (WIN) for Columbia Awards Luncheon, Holly Rowe had a simple message for the audience: Keep going, and keep pursuing your passions.

“I am living my passion. Sports rock; they will change your life,” she said.

Rowe captivated the Southwell Complex crowd – ranging in age from elementary school to well past retirement age –with her life’s journey, including how sports have always been a part of the self-described tomboy’s life.

“I remember getting sent home from third grade because I came in from recess and I was dirty from playing football with the boys,” she said. “They said that I couldn’t sit in class because I was too dirty. So, they sent me home to change my clothes, and I just remember always thinking, ‘the boys didn’t get sent home.’ Why can the boys be dirty and the girl can’t be dirty?”

The passion grew into a broadcasting career that has spanned more than 25 years. Rowe flashed a photo of Michael Jordan playing at the Delta Center in Salt Lake City, Utah, during the height of the Chicago Bulls’ dynasty in the mid-1990s; in the background, you can see a young woman’s face on press row, covering the game on a freelance basis for a radio station back in Chicago. “This little girl from Bountiful, Utah, got paid to interview Michael Jordan. I’m the smartest person in America,” Rowe said.

One of the most poignant moments of Rowe’s talk came when she spoke of her battle with desmoplastic melanoma, a rare form of skin cancer. As she went through her treatments, Rowe used the sports calendar as motivation for her to recover in time for certain events. “The people in sports kept me going,” Rowe said. 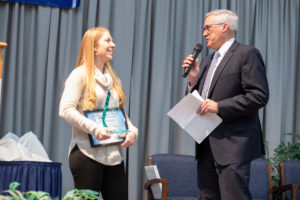 Michelle Butler was named Gladys Stankowski Sportswoman of the Year.

The luncheon celebrated outstanding female athletes in the Columbia community in conjunction with National Girls and Women in Sports Week. In addition to serving as host, Columbia College also had its share of honorees as part of the annual awards, which were presented by WIN board member and Cougars softball coach Wendy Spratt.

Assistant golf coach Michelle Butler was named the Gladys Stankowski Sportswoman of the Year, in large part for her playing season that saw her win both the Missouri State Women’s Amateur and Mid-Amateur titles. She also earned Missouri Golf Association Women’s Player of the Year honors. Butler reached the quarterfinals of the USGA Women’s Mid-Amateur Championship in September.

“I love the game of golf so much,” Butler said in an interview after receiving the award. “It’s a game you can play for the rest of your life.” 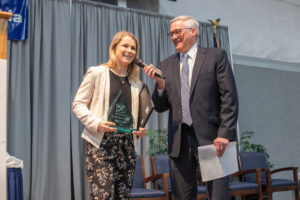 Assistant soccer coach Meg Goddard was named Female Coach of the Year for her role in helping lead the Cougar men’s team to a 23-1 season and the NAIA National Tournament semifinals; she was the only female assistant at the men’s national tournament. In addition, the Columbia College women’s team went undefeated through the American Midwest Conference regular-season schedule and took the conference tournament title.

“Regardless of which team Meg is working with, her confidence, demeanor and knowledge of the game allows her to provide outstanding leadership to over 50 competitive student-athletes,” read Goddard’s nomination to the committee.

Two Cougars were also nominated as the year’s WIN Collegiate Sportswoman. Molly Carter finished her career as one of the most decorated athletes in softball program history, and Kelsey Mirts starred for four years on the soccer pitch. 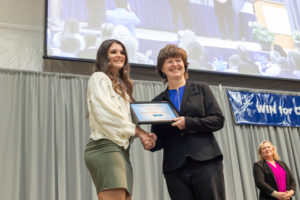 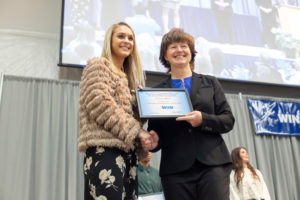