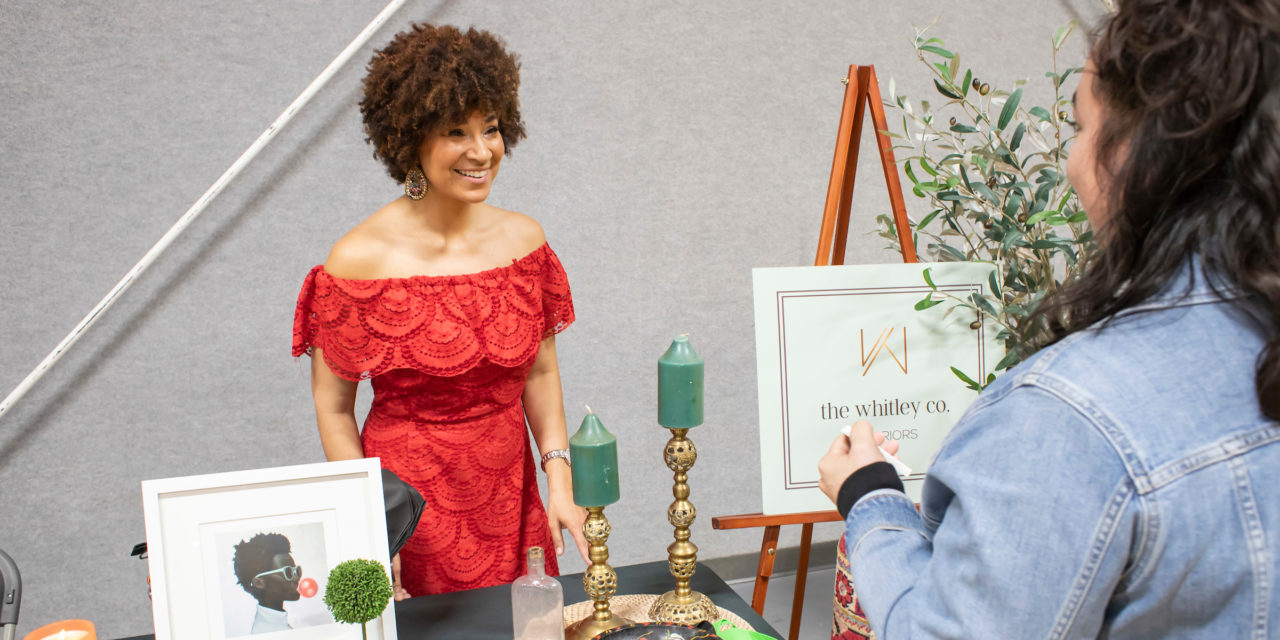 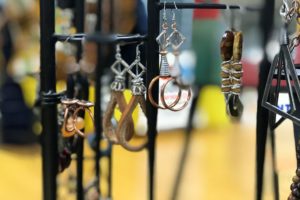 What started as an outlet for unimaginable grief has turned into a thriving small business for Saundra Newsom.

In 1994, Newsom’s son, Doniel Quinn, was murdered along with another man in their hometown of Kansas City, Kansas. For months, Newsom had trouble sleeping, yet she made use of the extra time by making pillows. One by one, she sewed through her tears.

“This has been therapy for me,” she says. “But it got a little out of hand. I had them on the bed, and then on the couch, and on the floor. Finally, my husband said, ‘Honey, can you just not make any more pillows?’”

A trip to New York City to visit a friend brought an opportunity to get rid of those pillows, and begin the process of healing. Newsom brought 300 pillows to a street-vendor festival that spanned nine blocks. She sold out by the end of the day. The pillows were out of the house – but the pain wasn’t, so Newsom moved on to quilts, then ultimately to jewelry, handbags and other crafts as part of her business, Hidden Tears.

Three years ago, the man wrongly convicted of her son’s murder was released from prison after 23 years behind bars – something Newsom fought for – which finally allowed the wounds to begin to heal.

Hidden Tears was one of a record 27 vendors with booths at the third annual Columbia College Black Business Expo last Saturday. A steady stream of more than 400 visitors flocked to the Courts at Southwell Complex to enjoy food, fashion, art, and much more.

During the week, Marsha Thompson serves as assistant director of Veterans Services at Columbia College, but for the last several months has also chaired organizing efforts for the Expo as a member of the college’s Diversity, Equity and Inclusion (DE&I) Committee. The free event is the largest of its kind in mid-Missouri.

“From the moment I started working at Columbia College, I wanted to get involved with DE&I,” Thompson said. “It celebrates our college’s diversity, and this event shines a spotlight on black-owned small businesses in our community.”

Much of Thompson’s focus was on including a variety of businesses, particularly those that might perhaps fly under the radar despite their excellent qualifications. A great example is Nanny’s Early Learning Center, which is fully licensed and a member of Missouri Accreditation. 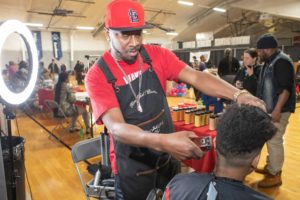 For one afternoon, Lorenzo Shephard’s barber chair was in a corner of Southwell instead of his Pro Kutz Elite shop on Old 63 North. He started cutting hair for two bucks as a 14-year-old in the Missouri Bootheel. After moving to Columbia more than a decade ago, Shephard has built a solidly consistent clientele.

“If I’m not around, they’re blowing up my phone asking where I’m at. I guess that comes from doing a good job,” he says. “People liked the way I cut their hair, they kept coming back, and it bonded a passion for me. Now it’s become my life. I go to bed thinking about cutting hair; I wake up, and I cut hair.”

Shepard’s razor is such a part of his clients’ lives – a large number of them visiting every week at the same time, like clockwork – that their sons are now sitting in his chair.

“My clients are stuck with me; they won’t let no one else cut their hair, and if they do, they come to me and say, ‘It’s not right; you’ve gotta fix this.’ That’s how dedicated my clients are.”

A barber shop, a day care and boutiques were just some of the businesses at the third annual event. https://t.co/JRwyPvx0wQ

Representatives from the City of Columbia and Shelter Insurance were also on hand; officials are already discussing the potential of similar events being combined into one large expo of the community’s black-owned businesses next spring at the college.