Bychkovska’s leap of faith to the U.S. paying off 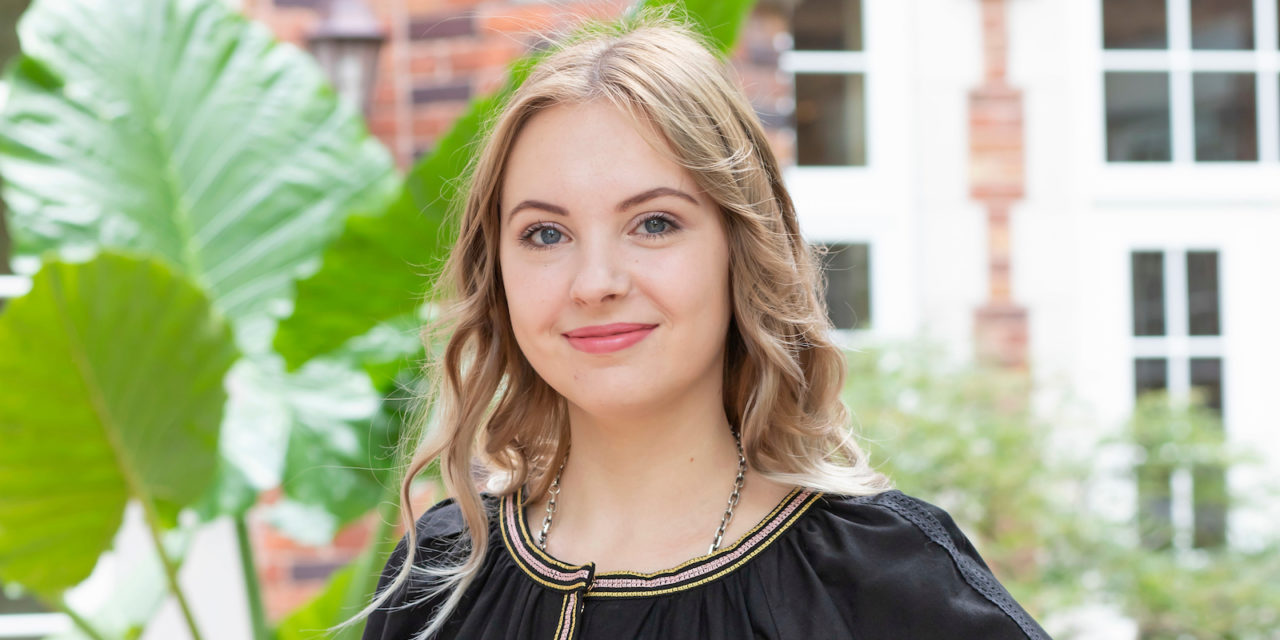 Imagine moving – by yourself – halfway across the world as a teenager, to a place where no one speaks your native tongue.

Then imagine doing it a second time – and being stuck there while the world endures a once-in-several-generations pandemic. That’s Yulia Bychovska’s story right now.

A junior majoring in international business, Yulia hails from Zhytomyr, Ukraine, a city of roughly 300,000 people located about 90 minutes west of the capital, Kyiv. Her hometown has an architecture that most Americans would consider unfamiliar: Not only does it have a number of old, drab Soviet-era apartments, but it also possesses a number of historical buildings and landmarks that befit its founding in 884 – nearly an entire millennium before John Augustus Williams founded what is now Columbia College. 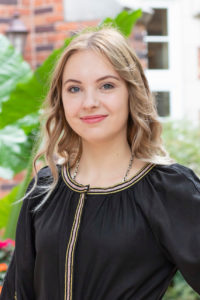 As a 16-year-old, Yulia applied to the Future Leaders Exchange, which sends foreign-exchange students to the United States for a year. The State Department-sponsored program is a win-win: It provides American education to students from mainly former Eastern Bloc countries, and it gives participating communities, often rural, an opportunity to experience different cultures. Since its inception in 1993, more than 18,000 high school students have studied in the U.S. under the program. [It has been temporarily paused during the global COVID-19 pandemic.]

Yulia was accepted, and was sent to Upper Sandusky, Ohio, a town of about 7,000 people located halfway between Columbus and Toledo. “I never thought Zhytomr was a big city until I came to Ohio. I’m not used to rural areas,” she said with a laugh. “But it was a good experience.”

Because the Ukrainian education system ends after 11th grade – which Bychkovska was completing in Ohio – she was a prime candidate to head to college a year earlier than Americans would, so she started receiving emails from college admissions advisors. One of them was from Columbia College Director of Enrollment Counselors & Events Kathy Trabue, who at the time was involved in the college’s international recruiting. “We Skyped, and she helped me to apply,” Yulia said.

She got into several schools, but they didn’t offer her enough scholarship money to be able to afford college, and she had already missed the deadline for CC’s Scholarship Day. It made for a tough decision: Should she go to college immediately back home in Ukraine, or take a gap year – something unheard of in her home country – and reapply for Scholarship Day at Columbia College?

Before making that decision, she had to complete Ukraine’s national university exams. Students there do not apply to college; all institutions see is your score, and students are slotted accordingly. Because she was in the United States all year, Yulia had two weeks to prepare for and complete 28 exams. She earned entry into the National Economic University in Kyiv.

From Affinity: Passing the Torch

Last year, Matias Costa Navajas ’11 was able to provide mentorship guidance to Yulia as part of her participation in the college’s Emerging Leadership Institute.

That mentorship continued last summer in Washington D.C., when Bychkovska served an internship for a faith-based leadership development and community-oriented camp program.

Yet Yulia decided to take the gap year and live in Kyiv with her aunt while studying for exams and working afternoon or night shifts. The decision paid off: She earned one of the college’s Presidential Scholarships, which covers the full cost of tuition for four years. “It worked out in the end because I’m the same age as everyone here,” she says.

This year, she is serving as an RA in New Hall, and was part of the team that welcomed Cougars into the college’s first new residence hall in 50 years.

Bychkovska recalls having a conversation with one of her professors and classmates early this semester about a new virus that was affecting China. “We thought, oh, poor China, how bad for them,” she said, “and now here we are, having to be separated from each other.”

Ukrainian officials closed the border just two days after the announcement that Columbia College was closing, so Yulia has been forced to isolate in her room in New Hall, where she is living with a handful of other students. [New Hall features two-person suites that share adjoining bathrooms, but there is enough space to ensure that during this isolation period, only one student occupies any four-person adjoining suite.] “At first, it was a little overwhelming with the number of people asking how I was doing, and I didn’t know how I was doing,” she said. “But I haven’t felt alone. It’s great that we have so much technology that we can feel connected even when we aren’t physically connected.”

With the move from in-seat to interactive virtual classes came a new way to learn. Bychkovska had the benefit of previously taking classes online, but also received ample support from faculty and staff. “I was worried about not being able to focus, but because I can see my professor and my professor can see what I’m doing, and I have my notes and my workspace, it’s been good so far,” Yulia said.

“Everyone knows that everything is new for everyone, and it’s been really great; if the professor makes a mistake or if there are technical issues, we understand that. Professors have been very understanding that people might be in different time zones, or now have new family responsibilities.”

While this academic year wraps up in a manner no one envisioned, Bychkovska is grateful for the college’s leadership and extraordinary efforts to continue offering quality education under unique circumstances. “It’s great to feel cared for. It’s been as good an experience as it could be given the situation, and Columbia College made sure that it’s as smooth as possible for us students.”