A message from President Scott Dalrymple – On Social Justice 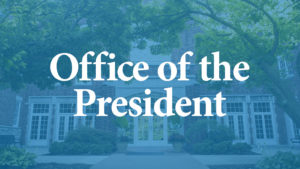 Over the past week, I’ve spoken with many people about George Floyd’s death and the resulting protests around the country. Nearly everyone shakes their head in anger and disgust, with an expression that says “It’s awful, right?” On the surface it seems like a unifying thing—we can all agree that it’s awful. Right?

But dig deeper and you’ll learn that people are shaking their heads at different things.

Like me, peaceful protestors are angry that a police officer could force his knee—for nine minutes—into the neck of a man pleading that he can’t breathe. They’re angry that another young man, Ahmaud Arbery, was murdered by racist vigilantes for the “crime” of jogging while black. They’re angry that Breonna Taylor, a 26-year-old, law abiding emergency room technician who aspired to become a nurse, was killed by police in her bedroom in the middle of the night. They’re angry at the baked-in, systemic racism that makes these tragedies, and so many others like them, chillingly commonplace in America.

Sadly, though, that’s not why some people are shaking their heads. No, they’re caught up in the images of fires and looting by groups that likely have little to do with the vast majority of protestors. Those images are indeed disturbing; it’s hard to see how torching the local barber shop—which may very well be minority-owned—does anything to further social justice. But this isn’t the headline here. To make it so is to ignore why people are angry in the first place. We can’t allow the fire to distract us.

The most important image is George Floyd, on the ground, begging for air. That’s where we should keep our attention. If a white man like me had paid with a counterfeit $20 bill (as Floyd was said to do), would I have ended up with a knee on my neck for nine minutes? If I said I couldn’t breathe, would I be believed? We don’t know, of course, but the very fact that we must ask these questions is evidence of the systemic problem we face.

I’m proud that nearly a third of Columbia College’s students are students of color, and that we’re a positive force in all of the communities we serve. I’m pleased with the strides we’ve 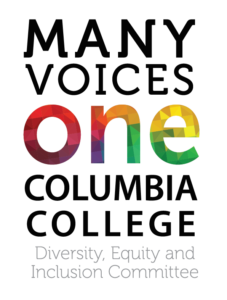 made toward making CC an inclusive, welcoming place for everyone, regardless of race, social background, religion, sexual orientation, or any other construct that humans use to categorize each other. But we as a college, and as a society, have much work yet to do, and we need to be honest about that.

A few years ago, I formed the Diversity, Equity & Inclusion Committee, whose members represent a cross-section of our diverse institution. They always have my ear, but now, especially, they are proposing some innovative ideas that deserve serious consideration. Over the coming weeks and months, I’ll encourage them to work with faculty and staff to find ways for CC to serve as a champion of social justice during these trying times.

“The arc of the moral universe is long,” said Dr. King, “but it bends toward justice.” Time to step up and help bend that arc.