Alumnus battles COVID-19 from inside the lab 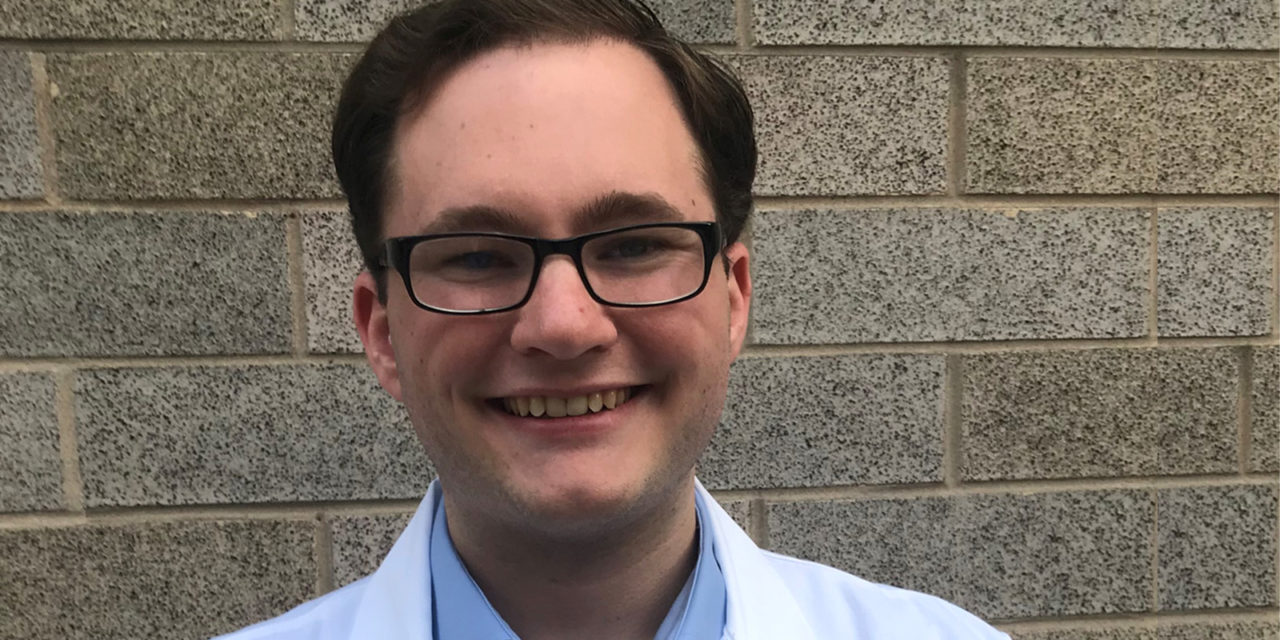 It seemed like a fairly routine departmental meeting at the time.

In January, Ethan Veit ’18, a PhD student at the Icahn School of Medicine at Mount Sinai Hospital in New York City, and his colleagues in the Microbiology department heard a short presentation on a small clustered virus outbreak that had been traced back to a market in Wuhan, China.

“We all thought that was interesting,” Veit says. “Most people didn’t pay much attention to it at first.”

Five months and nearly seven million worldwide cases later, the SARS-CoV-2 virus – and COVID-19, the disease it causes – has reached global pandemic status. Veit is doing his part to help battle the virus by helping with research in the lab of Matthew Evans, which studies the interactions between viruses and hosts.

While the entire Department of Microbiology is collaborating on COVID-19 research, Veit says the Evans Lab is focused on developing tools to make it easier to study SARA-CoV-2 in a lab setting.

Veit graduated from Columbia College with a Bachelor of Science in Biology. He earned his degree with distinction after completing a research project on a soil bacterium under the tutelage of Associate Professor Dr. Kent Strodtman.

Veit says the experience working in labs and learning from instructors such as Strodtman and Professor Dr. Nathan Means at Columbia College was essential in preparing him for his current role.

“The Physical and Biological Science Department is fantastic, all the faculty and lab staff,” Veit says. “Each one of them, in those courses, gave me the necessary tools. Not only the skills in the labs, but the way of thinking, the critical reasoning, the ability to think for myself and troubleshoot, that was all developed in my time at Columbia College.”

After earning his bachelor’s, Veit enrolled in a two-year master’s program at the highly selective and world-renowned Icahn School of Medicine.

Within the first couple months of lab work, Evans – the lab’s principal investigator – encouraged Veit to apply for the PhD program. He was accepted and began that course of study last August. Veit dove headfirst into Evans’ research on what determines how the viruses that cause conditions such as hepatitis C, Zika, dengue and yellow fever affect their hosts.

That is, until the pandemic hit. In mid-March, all labs at the institution were instructed to close for safety reasons, but labs studying SARS-CoV-2 were permitted to remain open. While some members of Veit’s team continued to study SARS-CoV-2 in the lab, he made the decision to participate in research remotely at his home in Missouri. His research focused on literature review and DNA sequencing analysis until he returned to New York in early May to resume work in the lab.

“It’s kind of the phase in your research training where you’re switching over from doing what someone tells you to do to developing your own research project under the mentorship of your principal investigator and following that through,” Veit says. “It’s a lot of troubleshooting, lot of conversations, constant emails, updating results. Then long hours, too. A lot of people in our department are putting in long hours, a lot of 12-, 15-hour days if they have to. It’s a tour de force.”

While the global health crisis is adding urgency to the department’s research, Veit says learning more about coronaviruses such as SARS-CoV-2 is essential in its own right.

This is the third coronavirus that has been transmitted in humans in the past two decades, following SARS and MERS. Veit says gaining knowledge now will be invaluable in our ability to respond to future outbreaks.

“It’s clear that pathogens like these are likely going to be problems in the future,” Veit says. “The more we can learn about viruses in general, the more and better prepared we’ll be for whatever the next spillover will be. These epidemics and pandemics of different viruses, they’re going to continue. The more we can know, the better we’re prepared. Knowledge is definitely power.”