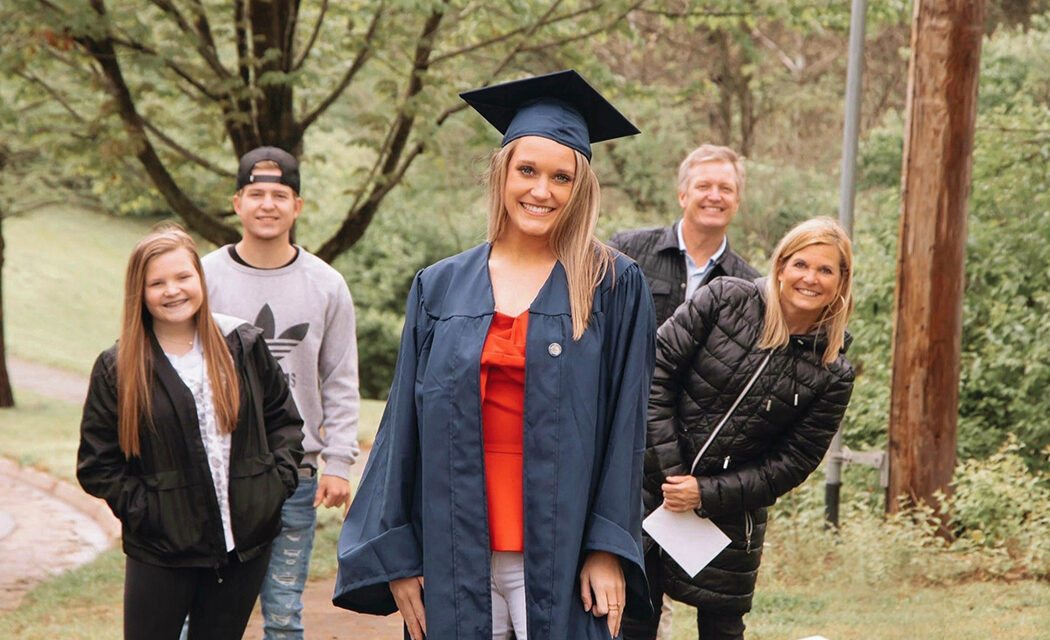 A longtime men’s soccer coach, John Klein always wanted to coach women’s collegiate soccer. His wish was granted when a women’s team was added to the Columbia College’s sport offerings in 2012. And to sweeten the deal, John was given the opportunity in 2016 to recruit a player he had trained for a lifetime, his daughter Molly.

Early on, John wasn’t sure if Molly would ever come to Columbia College, but for Molly, it was a no-brainer. Her dad was the coach she knew and trusted more than anyone else, and playing for him in college would end up being the best decision she ever made. It just took longer to get there than either of them had pictured.

Molly wanted to be recruited by her dad, but at the same time wanted to prove everyone wrong that said CC was “the obvious choice.” So the Kleins looked at schools from California to the Carolinas before it became apparent that Columbia had everything she needed and wanted. One night over dinner, John wrote down an offer on a napkin to Molly. The rest is history.

“My life as a dad became immeasurably more fulfilling when Molly came to campus,” John says. “Joy and laughter, sweat and tears, hugs and celebrations. Sharing these emotions and experiences day-in and day-out made these last four years some of the most memorable and rewarding years of my life.”

Midway through her college journey, Molly gained a second parent on campus as her mom, Julie, decided to pursue a master’s degree. The two became professionals at shutting down the library, and Molly became an expert at showing her mom the technological ins and outs used by students today.

By the time Julie started classes, Molly had already made her mark at CC. On the pitch, she was selected conference Player of the Year and was twice named Honorable Mention All-America; in the classroom, Molly earned Academic All-District honors.

The trio shared countless victories and accolades over the years, but nothing would be more meaningful than the three on stage together on graduation day as John was scheduled to hand his wife and daughter their diplomas. With the ceremony postponed, the family celebrated a “social-distancing graduation” and were perfectly happy to just be together.