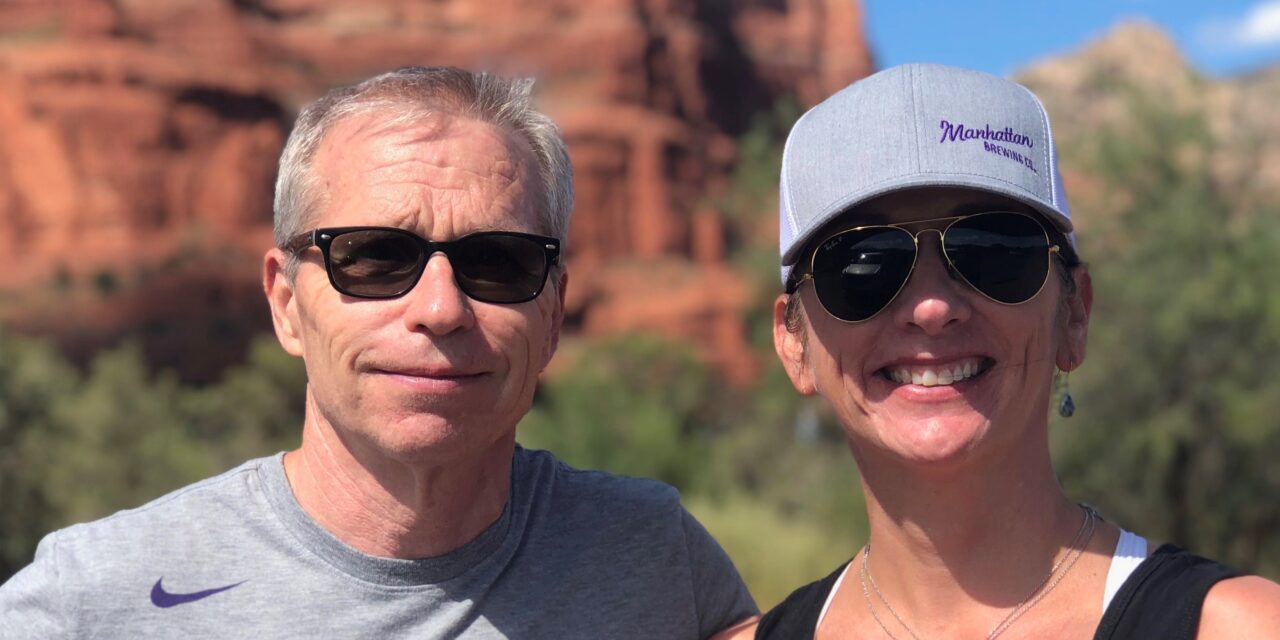 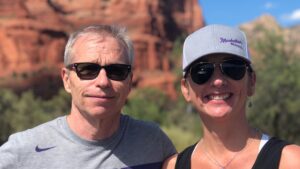 Curt Kresbach ’85 and his wife, Holly

Curt Krebsbach ’85 has spent the past four decades as a counselor, leader and mentor in the substance abuse disorder industry. His professional career began in the 1970s when he signed on with Valley Hope, a substance abuse organization, starting in Norton and Atchison, Kansas, and later in Boonville, Missouri, to serve as the first counselor for the new location.

It was while in Boonville that Krebsbach decided to pursue a bachelor’s degree in psychology.

“I found myself in my 20s not having a degree, and I wanted to go back to school,” he says. “Mid-Missouri was a great location, and Columbia College’s Evening Program was a godsend.”

In 1983, he began commuting to Columbia three nights a week, balancing his work at the clinic during the day and taking classes in the evening.

Curt recalls a conversation with a fellow counselor back in the early 80s about his decision to go back to school. “He asked me, ‘Why are you doing this? You’re doing well as a senior counselor,” but I was tired of not knowing the answers,” Krebsbach says. “I wanted to learn more about my field and to be a better, well-rounded counselor.”

With his bachelor’s degree in hand, Krebsbach continued his educational journey at the University of Missouri, where he completed a Master of Education in Educational and Counseling Psychology in 1987, and ultimately earned a Ph.D. in Addiction Psychology from Capella University in 2006.

Krebsbach transitioned to a supervisorial role in the mid-90s as a program director. In 2000, Valley Hope leadership saw the need to develop a counselor training program beyond the brick-and-mortar program, and Krebsbach took the lead in creating the online training program. As director of training, he recruited and hired potential counselors and supervised regional sites to ensure high standards for the safety and quality of the programs were being upheld.

“The last several years, I was focusing on leadership and leadership training,” Krebsbach says. “I still go back to reading articles and various books on leadership. As a supervisor, your job is to oversee people but sometimes it means you have to overlook things. By and large, if you catch a problem early on, you can correct it.”

Krebsbach is quick to give credit to his early instruction at Columbia College. He recalls classes with Dr. Kathy Nau and Bill Holcomb, who brought their professional experiences into the classroom, and the guidance from his advisor, Peppy (Mann) Baylor. It’s now his turn to share what he has learned with the next generation.

Krebsbach retired from Valley Hope last year, but he is not slowing down any time soon. He and his wife, Holly, reside in Chandler, Arizona. He has signed on to teach at the college level, starting with a group counseling course online this January for Fort Hays State University. Krebsbach was also contacted by a colleague — a man he once supervised who is now a professor at Arizona State University — and given the opportunity to teach a practicum course for ASU Online. As life comes full circle, Krebsbach acknowledges a deep appreciation for the foundation built with his undergraduate degree. “CC was a great experience for me, and I can’t overstate that.”